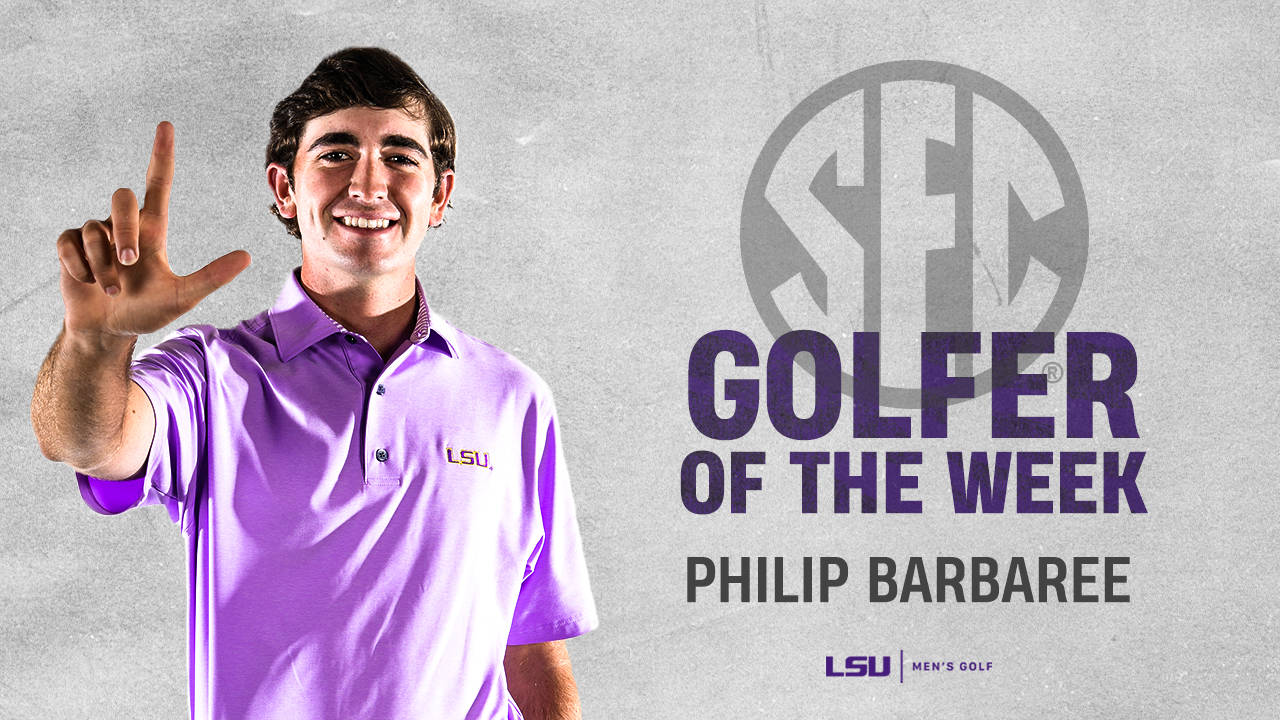 Baton Rouge, La. – Philip Barbaree’s tie for third place at last week’s ‘The Prestige’ has earned him SEC Golfer of the Week honors, the conference announced on Wednesday afternoon.

Barbaree finished the three-day tournament with a 5-under 208 to register the highest finish of his collegiate career. The Shreveport native carded rounds of 73 and 69 in the opening two rounds before he closed with a 5-under 66 in the final round. The 5-under 66 was the lowest round to par of his collegiate career; it included some fireworks and helped lead the LSU men’s golf squad to the team title.

Barbaree got off to a bit of a slow start in that final round as he was at 2-over through six holes. Coming to the par 3 seventh at 2-over, Barbaree righted his round with a three-hole stretch that saw him go birdie-eagle-eagle. The junior followed up his birdie at seven with a chip-in eagle on the par 5 eighth to bring his round total to 1-under. A nice tee shot on the 359-yard par 4 ninth hole found himself with a 92-yard approach shot. The righty landed it about six feet past the hole and spun it back in for his second-consecutive eagle to push his round total to 3-under. He closed out the back nine with a clean scorecard that featured two birdies and seven pars for the 5-under 66.

Barbaree knocked off seven individuals in the Golfstat Top 100 that were ranked ahead of him. His tie for third was the second top-five finish of his junior season and he now is ranked 43rd in the individual collegiate golf rankings.

The 5-under 66 led LSU’s charge to the top of the leaderboard for good. The Tigers fired a final round of 5-under 279 to fend off No. 1 Oklahoma State and win the team title. The 12th-ranked LSU men’s golf team is back in action this weekend at the Querencia Cabo Collegiate (March 3-5) in Cabo San Lucas, Mexico.