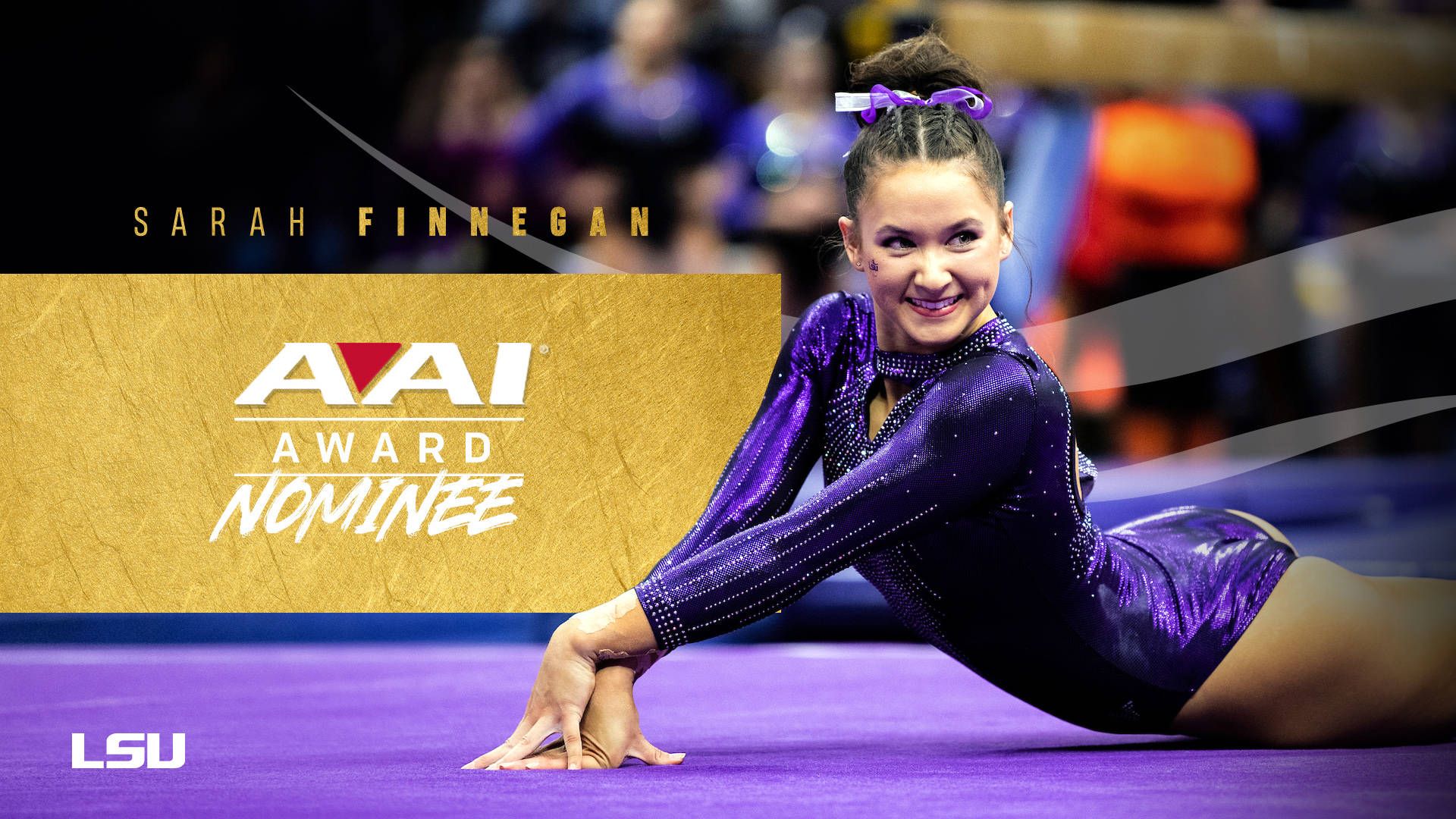 BATON ROUGE – Senior Sarah Finnegan, a 15-time All-American, All-SEC performer and reigning SEC Gymnast of the Year, has been selected as LSU’s nominee for the 2019 AAI Award

The most consistent all-around performer in school history, Finnegan is one of 30 nominees for the AAI Award, which is given to the most outstanding senior gymnast in the country.

The Lee’s Summit, Missouri, native owns 71 career titles halfway through 2019 for sixth in school history. With 21 titles, Finnegan is on pace to break the LSU career beam title record set by April Burkholder (25).

Finnegan owns career highs of 9.95 on vault; 10.0 on bars, beam and floor; and 39.775 in the all-around. She is only the ninth gymnast in school history to a score a 9.95 or higher on all four events and one of two gymnasts in the country to achieve the feat in 2019.
.
She is an SEC Academic Honor Roll member and an active member of LSU’s efforts in the community with more than 25 hours of service logged in 2019. Finnegan is scheduled to graduate in May with her degree in kinesiology and pursue a career in occupational therapy.

Six finalists for the 2019 AAI Award will be determined by the college coaches. The finalist will be determined in mid-March and the winner will be announced prior to NCAA Championships in Fort Worth, Texas. LSU’s Ashleigh Gnat won the award in 2017.