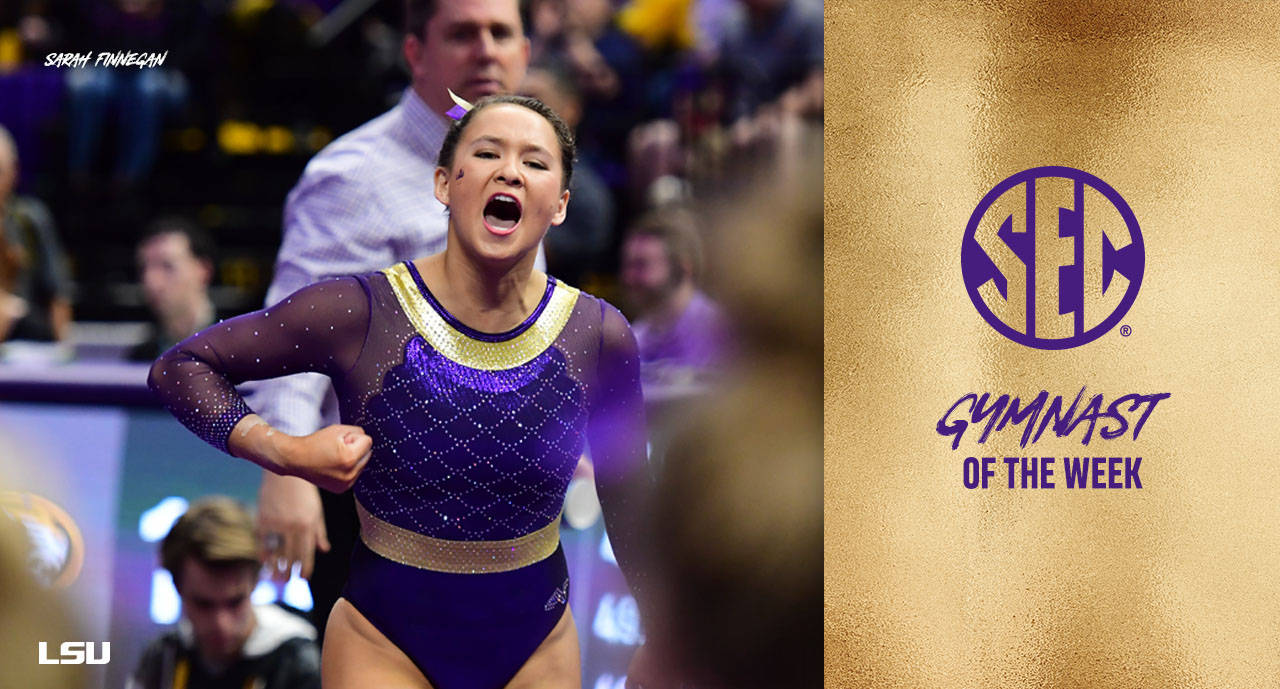 BATON ROUGE – Following a dominating win that included six event titles and a sweep of the all-around against four ranked teams, senior Sarah Finnegan was announced as the Southeastern Conference Gymnast of the Week, the league announced Tuesday.

Finnegan put up to the top all-around score in the league and top-three in the country with a 39.65 against No. 4 Utah, No. 15 Missouri and No. 26 Stanford. The Lee’s Summit, Missouri, native scored a 9.925 on bars and floor for event titles. Finnegan earned a “perfect” 9.95 on her Yurchenko Full that has a 9.95 start value to set a career high and win the title.

On Sunday afternoon against No. 15 Missouri, Finnegan won titles on bars, beam, floor and the all-around to push LSU to a season-high team score.

Overall, Finnegan has won 71 titles for sixth in school history. In 2019, Finnegan has won 25 total with seven in the all-around, six on floor, five on bars and beam and two on vault. Her 21 career beam titles has her on pace to set the school record set by 14-time All-American April Burkholder with 21.

The fifth-ranked Tigers and Finnegan will wrap up a stretch of three meets in eight days at 7:30 p.m. CT Friday on the SEC Network against No. 21 Arkansas.