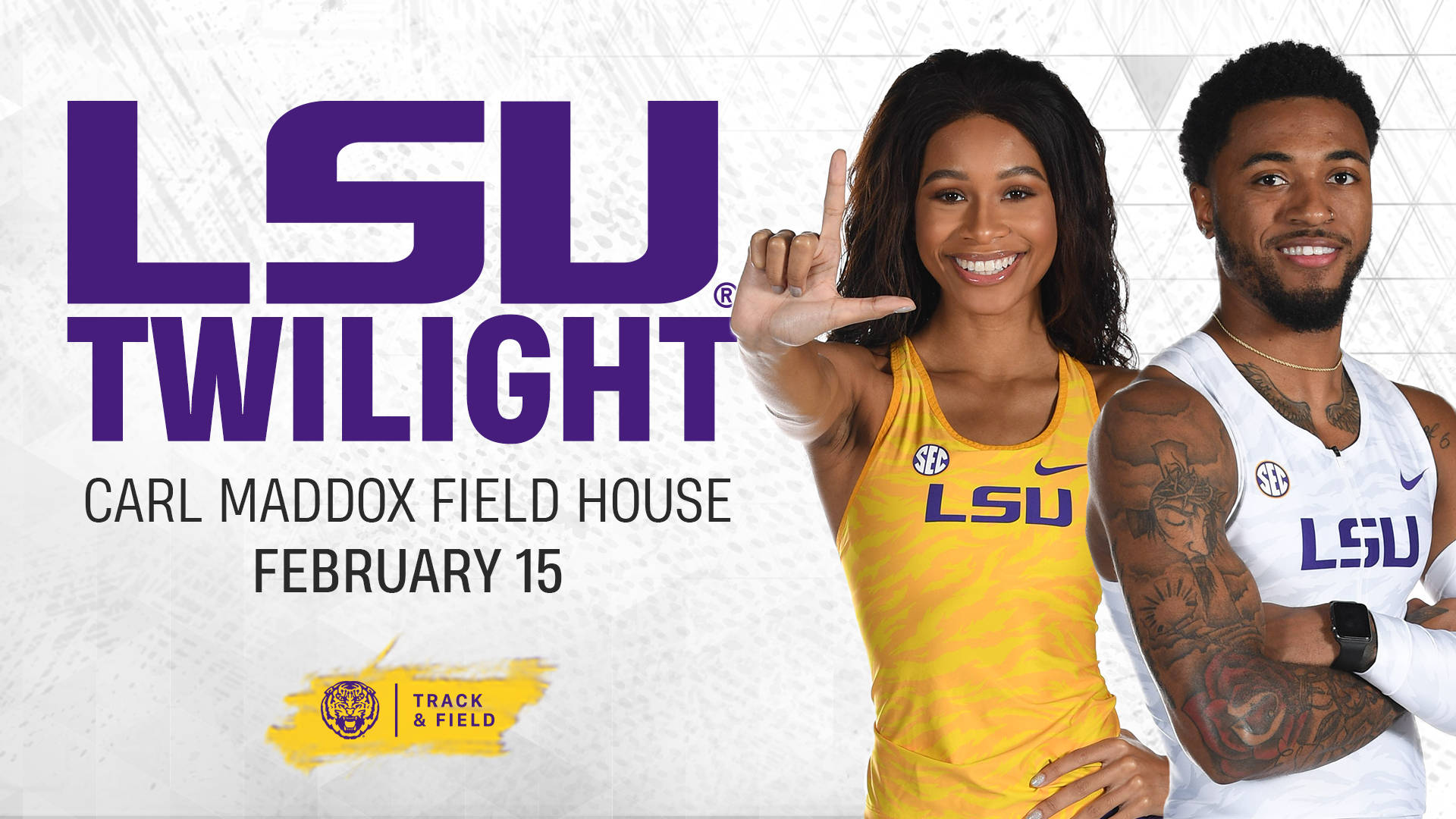 Baton Rouge, La. – One last tune up for the nationally ranked LSU track and field squad (No. 3 women and No. 5 men) – that’s what the LSU Twilight will serve as for the Tigers on Friday at Carl Maddox Field House. This will be the last meet of the indoor regular season meet before the Tigers head to the SEC Championships (Feb. 22-23) and NCAA Championships (March 8-9).

Forty-eight athletes will suit up in the Purple and Gold at the final home indoor meet of the season. Things will get started at noon with Jake Norris in the weight throw. The competition guide linked above gives you the full breakdown of when each of the 48 athletes are expected to compete. The athletes that are highlighted in yellow own top-10 NCAA marks in their respective events.

Two school records and 11 additional top-10 marks in school history have been registered in 2019. Mondo Duplantis (5.87m/19’ 3”) and Lisa Gunnarsson (4.51m/14’ 9.50”) are both the school record holders in the pole vault. Duplantis set his mark at the last home meet, the Bayou Bengal, on Feb. 1, and Gunnarsson’s mark came at the Razorback Invitational in late January. Julia Palin, Tonea Marshall and Kortnei Johnson added top-10 marks to the list last weekend. Palin, a freshman from Norton, Mass., already owned the seventh-best 3,000 meter run heading into last weekend, but she outdid herself and registered the No. 2 time in school history in the 5,000 meter run. Making her collegiate debut in the 5,000 meters, Palin clocked a time of 16:38.80 at the Iowa State Classic. Johnson continued her excellent senior season with a career-best mark of 7.17 in the 60 meter dash on her way to winning the gold medal at the Tyson Invitational; the mark of 7.17 moved her into sole possession of sixth place in the record book, one hundredth of a second ahead of where she previously was. Marshall did not set a personal best, but she sure did match with a clocking of 8.04 seconds; that mark is tied for the seventh fastest in school history. Full list is below:

LSU currently has 11 individual athletes that own top-16 times in the NCAA season. The No. 16 is so important because each athlete that ranks in the top 16 of his/her event earns a bid to the 2019 NCAA Indoor Championships. JuVaughn Harrison owns nationally qualifying marks in the long jump (NCAA No. 9) and high jump (NCAA No. 2), and on the women’s side, Kortnei Johnson and Sha’Carri Richardson are currently ranked inside the top 10 in both the 60 and 200 meter dash on the national level. On the relay side of things, the men’s 4×400 meter relay of Correion Mosby, Jaron Flournoy, Christian Boyd and Tyler Terry clocked the eighth-fastest time in the nation, a 3:06.34, at the Razorback Invitational on Jan. 26. The women’s 4×400 meter relay of Rachel Misher, Milan Young, Brittley Humphrey and Kiya Oviosun clocked a season best of 3:35.50 last weekend at the Tyson Invitational, and that ranks 13th nationally, which is good enough for a qualifying bid.