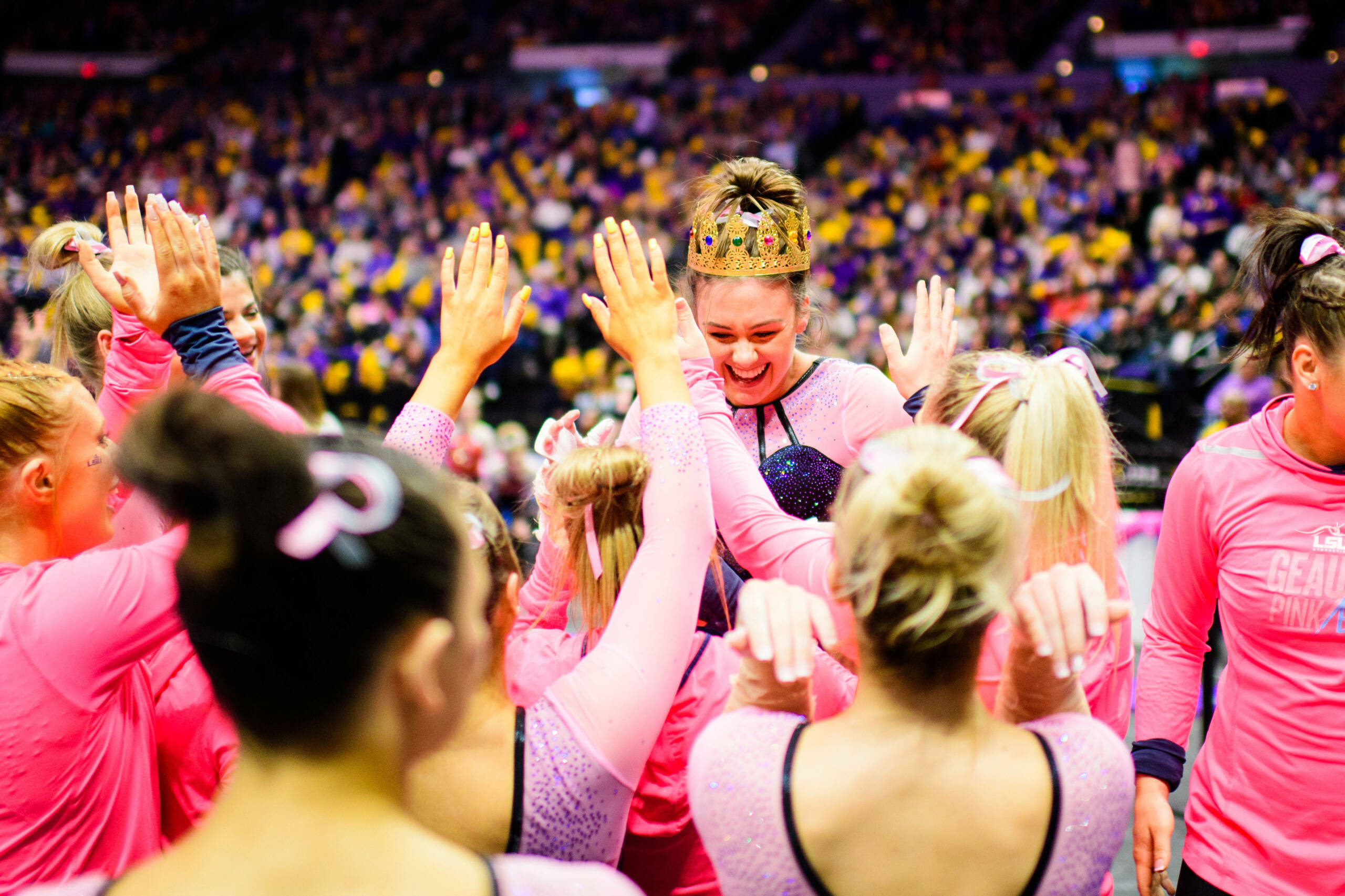 ST. CHARLES, Mo. – The fifth-ranked LSU gymnastics team (3-3, 1-3 SEC) will begin a stretch of three meets in eight days and a full weekend of competition at the GymQuarters Mardi Gras Invitational at 6:35 p.m. Friday inside St. Charles Family Arena.

The Tigers will face off against three top-25 teams with No. 4 Utah, No. 15 Missouri and No. 26 Stanford also at the four-team podium meet. The squad will return home to face Missouri at 2:30 p.m. Sunday inside the Maravich Center.

This meet will mark the first time the Tigers have competed on podium this season. Flogymnastics.com will stream the meet live but fans must have a subscription ($) to the service. Live stats will not be available on Friday night but fans are encouraged to follow LSU Gymnastics on Twitter and Facebook to follow along.

As the second-ranked team in the rotation, LSU will follow a different rotation than usual. The Tigers will begin on bars then follow with beam, floor and vault.

D-D Breaux Previews the Meet
“This is another important meet, just like each one is, and it is an opportunity to put together a consistent performance and ultimately a solid score on the road,” head coach D-D Breaux said. “This is a great chance to compete on podium and prepare for our postseason competition.

Finnegan One of Nation’s Top All-Around Performers
Senior Sarah Finnegan is one of the top all-around performers in the SEC and in the country. Finnegan owns 63 event titles for seventh in school history. The Missouri native has won the all-around in five of six meets in 2019.

Tigers in the National Rankings
LSU is the No. 5 team in the nation. The vault and beam lineups rank fourth in the nation, bars is seventh and floor ranks eighth. Senior Sarah Finnegan ranks sixth in the nation in the all-around. Finnegan also owns top-15 rankings on all four events.