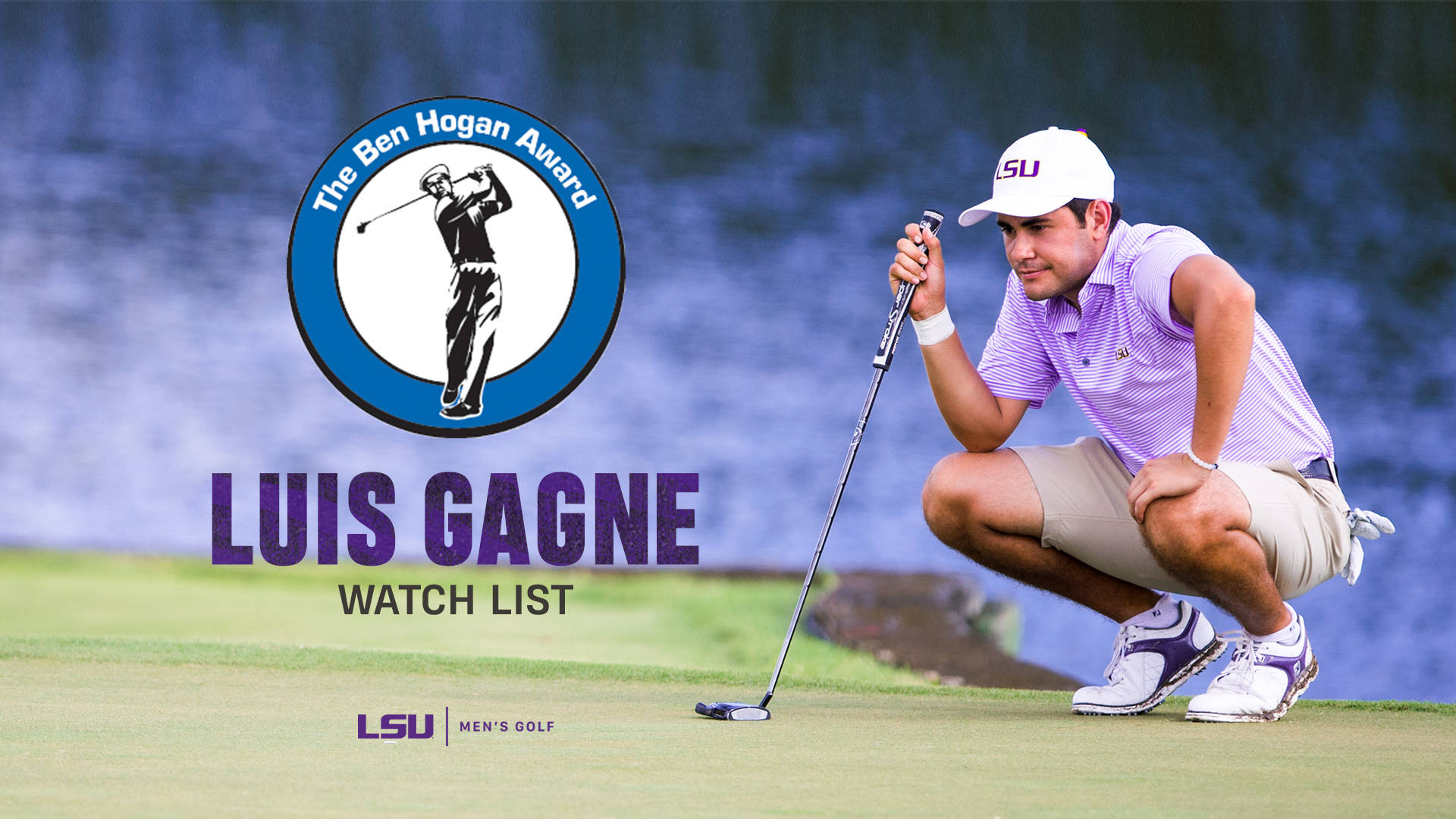 Baton Rouge, La. – Twenty-eight players were listed on the Ben Hogan Award Watch List on Wednesday afternoon, and LSU’s Luis Gagne was one of the 28 to be recognized by the foundation.

The Ben Hogan Award is given to the top collegiate golfer on the basis of all of their collegiate and amateur competitions over the June to May calendar year (2018-19). The list will be trimmed down from 28 to 10 on April 17 before the three finalists will be named on May 2. The three finalists will be invited to attend a black-tie dinner at the Colonial Country Club in Fort Worth, Texas, on Monday, May 20, prior to the start of the PGA Tour’s Charles Schwab Challenge, where the winner will be crowned.

Gagne’s play dating back to June has been superb. The highlight reel for the senior features a number of scintillating performances that include low amateur honors at the U.S. Open in June, finishing runner-up at the Latin America Amateur Championship in January, representing Costa Rica at the Arnold Palmer Cup in July, advancing to the Round of 32 at the U.S. Amateur Championship in August, and earning a share of medalist honors after 72 holes at the Abierto Sudamericano Amateur in January before he fell to Cris Crisologo in a playoff.

Gagne has suited up three times for LSU this season and he owns a stroke average of 71.52 that is highlighted by a sixth-place finish at the Maui Jim Intercollegiate (Sept. 21-23) in which he shot a 8-under par 202. His career stroke average of 71.45 is the second best in school history behind Sam Burns’ 71.13. Gagne, a three-time All-American, is looking to become the first player in program history to garner that status all four years of his collegiate career.

The 16th-ranked LSU men’s golf team will begin its spring season on Monday at The Prestige at PGA West in La Quinta, Calif.