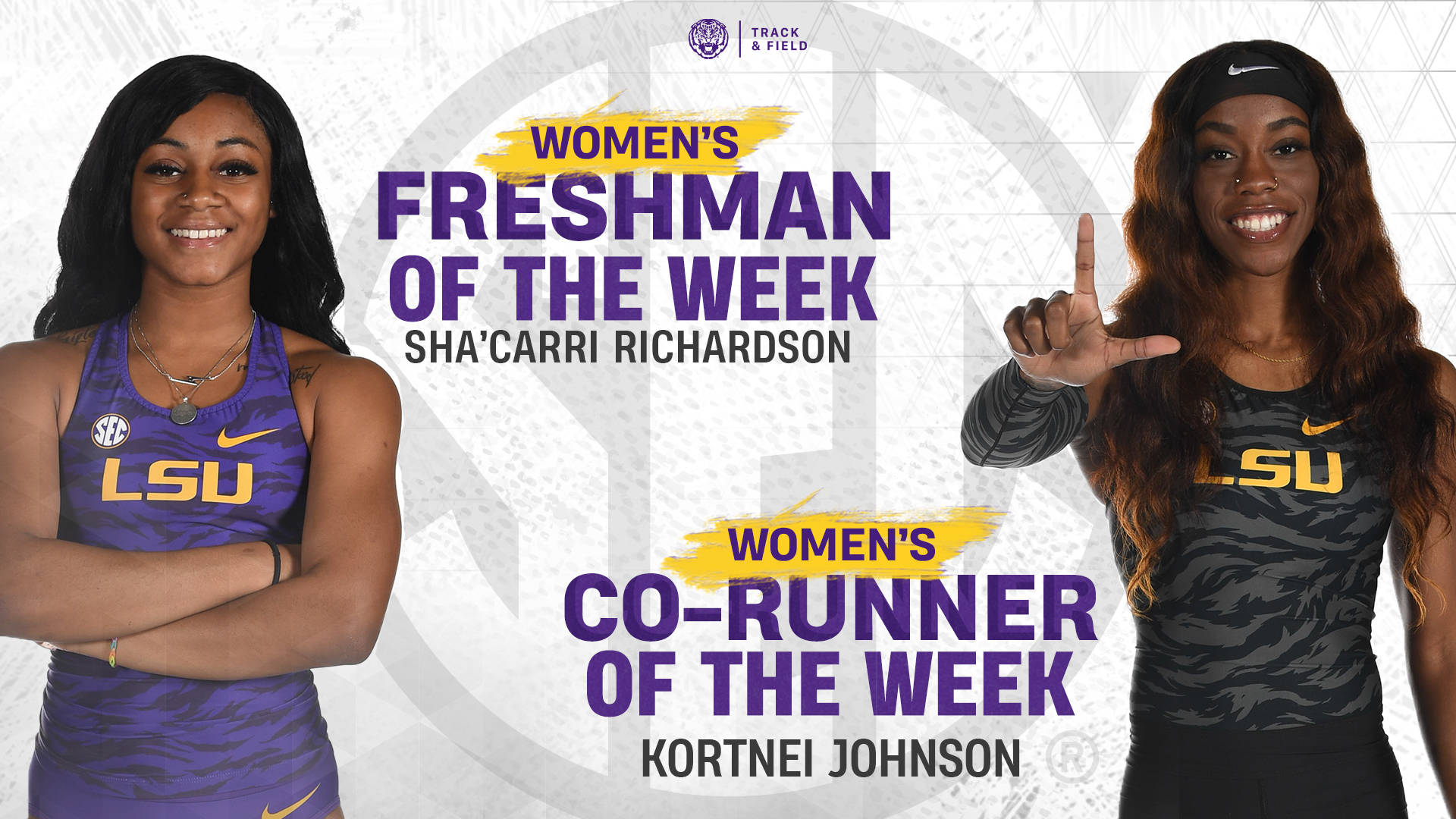 Baton Rouge, La. – Kortnei Johnson (Women’s Co-Runner of the Week) and Sha’Carri Richardson (Women’s Freshman of the Week) kept the SEC award train rolling for the LSU track and field program on Tuesday.

Interestingly enough, the twosome competed in the same two events, 60 and 200 meter dash, last weekend at the Tyson Invitational. Johnson, a senior from Italy, Texas, had the best performance of the two in the 60 meter dash on Friday evening. Racing in a field that featured five of the top eight ranked NCAA athletes in the event, Johnson turned in a personal best of 7.17 to dust the field on the way to her gold medal. The time of 7.17 is the sixth fastest in LSU program history and it ranks second in the NCAA. Richardson held her own in the event as well with a silver finish when she clocked a time of 7.23 seconds to beat the No. 1, No. 2 and No. 8 ranked athletes in the nation.

The twosome made their return to the track on Saturday afternoon and this time it was Richardson taking the highest finish for the Tigers in the 200 meter dash. Both Richardson and Johnson both turned in rounded-up times of 23.08, but it was Richardson’s 23.074 that narrowly edged Johnson’s 23.077. The time of 23.074 was a personal best for Richardson and it earned her a third-place finish, while Johnson’s readout of 23.077 slotted her as the fourth fastest in the event. The times of 23.08 are ranked as the seventh quickest in the NCAA this season.

Both Johnson and Richardson are slated to lace up the spikes at this Friday night’s LSU Twilight at Carl Maddox Field House.