Wickersham Tabbed as SEC Freshman of the Week 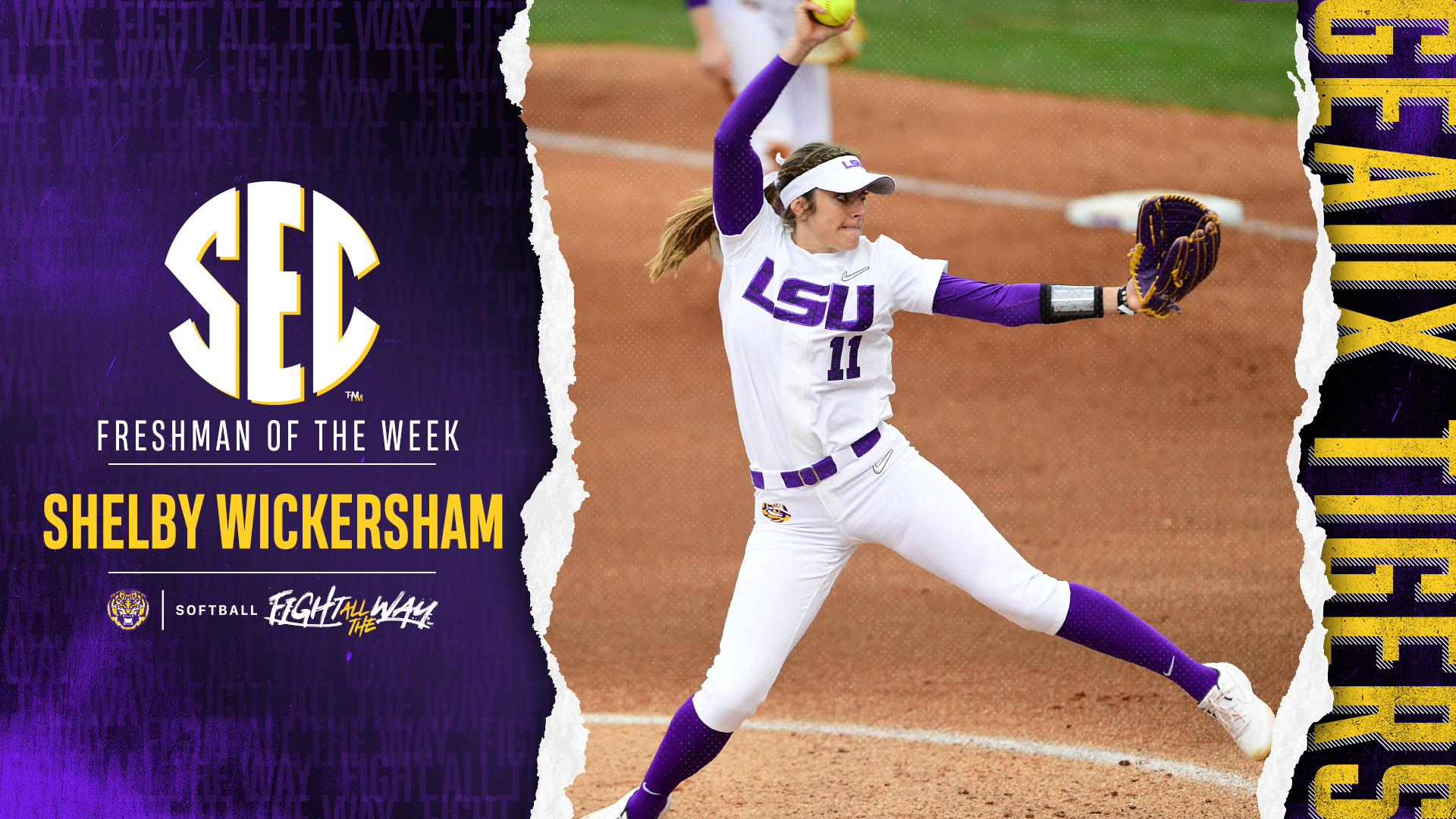 BATON ROUGE – Freshman pitcher Shelby Wickersham was tabbed as SEC Freshman of the Week as announced by the conference Monday afternoon.

Wickersham had one of the best debuts in the circle a freshman could have as she threw the sixth no-hitter by a rookie in program history. She tallied two strikeouts in five innings of work.

The Tigers went 6-0 in the Tiger Classic, run-ruling every opponent on the weekend. In 30 innings, the Tigers scored 73 runs, which is the most runs scored in any six-game stretch in program history. It is the second straight year the Tigers have started off 6-0.

Next up, the Tigers head to the inaugural St. Pete/Clearwater Invitational, opening the weekend with Oklahoma State on Thursday at 9 a.m. CT on ESPNU.