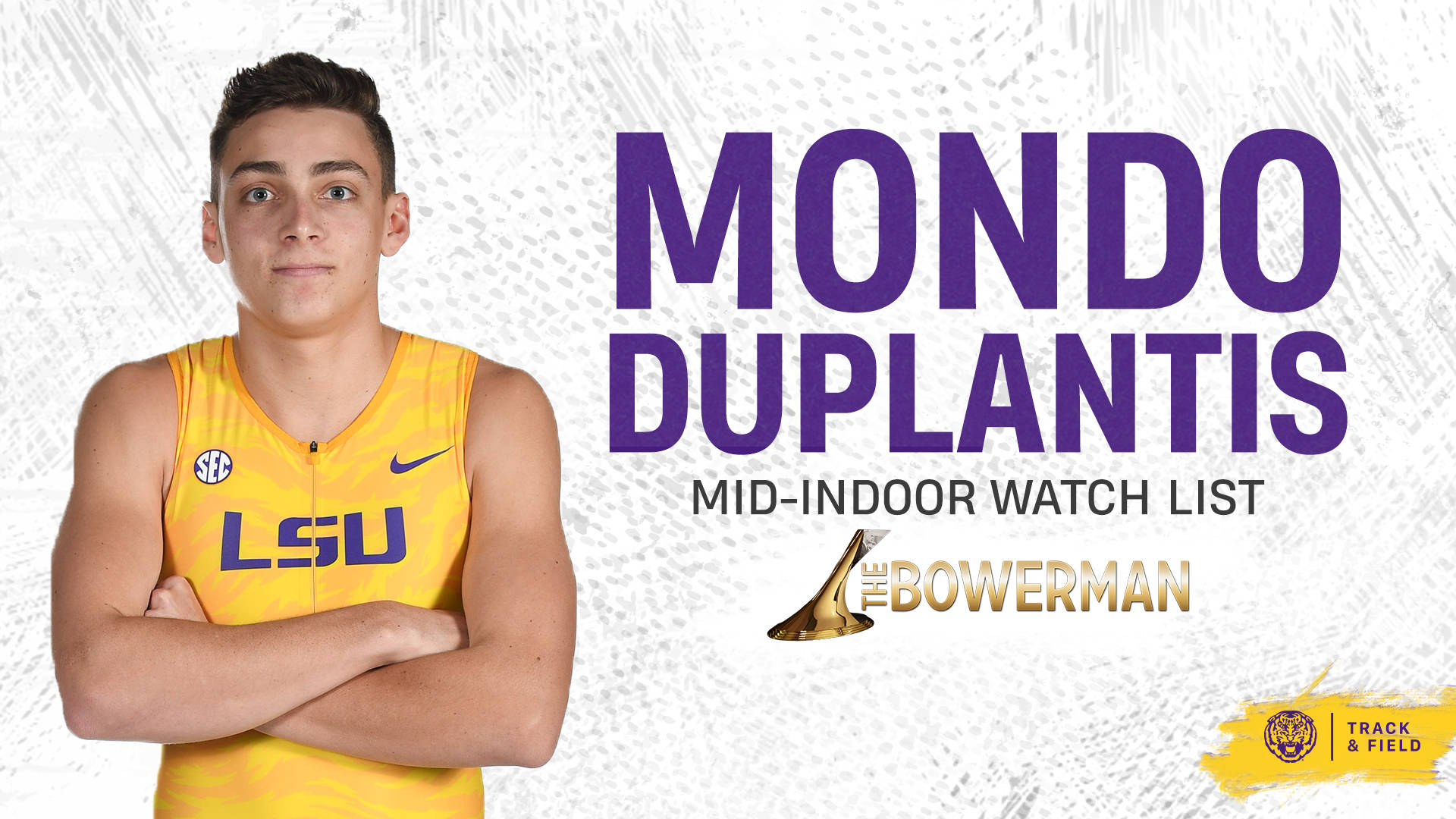 Baton Rouge, La. – Mondo Duplantis was named to The Bowerman Mid-Indoor Watch List on Thursday afternoon for his second-career appearance on the list.

Duplantis has started off his collegiate career in fine fashion with two absolutely stunning performances. He debuted for LSU at the Razorback Invitational in late January and cleared a height of 5.83 meters (19’ 1.50”) to register the third-best jump in NCAA indoor history on the way to claiming gold.

He followed that up with another quality vault performance at the Bayou Bengal last Friday evening. Jumping in front of the home crowd for the first time as a collegian, Duplantis cleared a season-best height of 5.87 meters (19’ 3”) to set a Carl Maddox Field House record, one that he previously owned already. The mark of 5.87 meters is a world lead for 2019 and it is the second-best clearance ever indoors on the collegiate scene. With the mark of 5.87 meters, Duplantis leapfrogged Jacob Davis of Texas for the No. 2 spot on the NCAA all-time indoor list.

Duplantis is one of three pole vaulters on The Bowerman Mid-Indoor Watch List alongside Matt Ludwig (Akron) and Chris Nilsen (South Dakota). The mid-indoor list consists of what The Bowerman committee believes to be the best 10 student-athletes in NCAA track and field to this point in the season.

This announcement caps an unbelievable week for Duplantis as he became the first male athlete in LSU track and field program history to be named the USTFCCCA Division I Athlete of the Week indoors on Tuesday, and Wednesday he was named the SEC Men’s Co-Field Athlete of the Week.