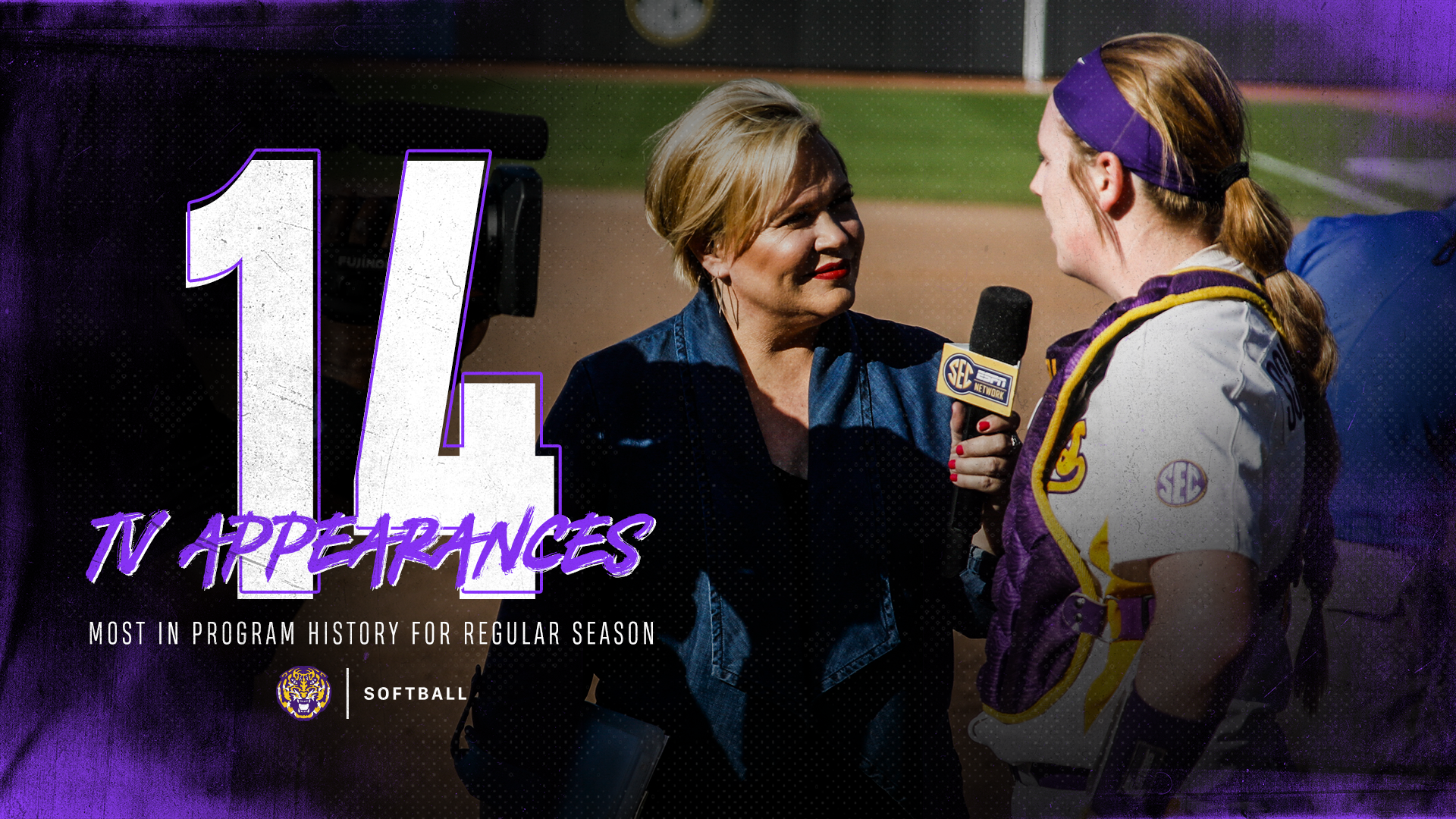 BATON ROUGE – The 2019 SEC television and streaming schedule was announced for the LSU softball team and the Tigers will be featured nationally 14 times, the most in program history for regular season, with all home games being streamed live.

More than 125 games will be featured throughout the season on the ESPN family of networks, with more than 50 games schedule for the SEC Network alone. Over 1,000 games will be available digitally.

The first appearance on national television for 2019 will be in February when the Tigers travel to the inaugural St. Pete/Clearwater Elite Invitational February 14-16. Four out of the five games will be on SECN, ESPNU or ESPN.

When the Tigers travel to Texas A&M to open SEC action, they will be seen on SEC Network for the March 10 matchup. SEC Network will also be the broadcast for the Sunday and Monday matchups vs. Florida. LSU and Georgia will be the feature on ESPN on March 24 and the Tigers will also be live on ESPNU and SEC Network versus South Carolina in Tiger Park.

When the Tigers travel to Mississippi State, two games will be televised. One game in Arkansas will be live on ESPNU, while two of the three final home games against Alabama will be televised on ESPN2 and SEC Network.

For the fourth-straight year, SEC Network is slated to air every first and second round game of the SEC Softball championship May 8 and 9. The semifinals will air on ESPNU on May 10 with the championship slated for ESPN2 on May 11.