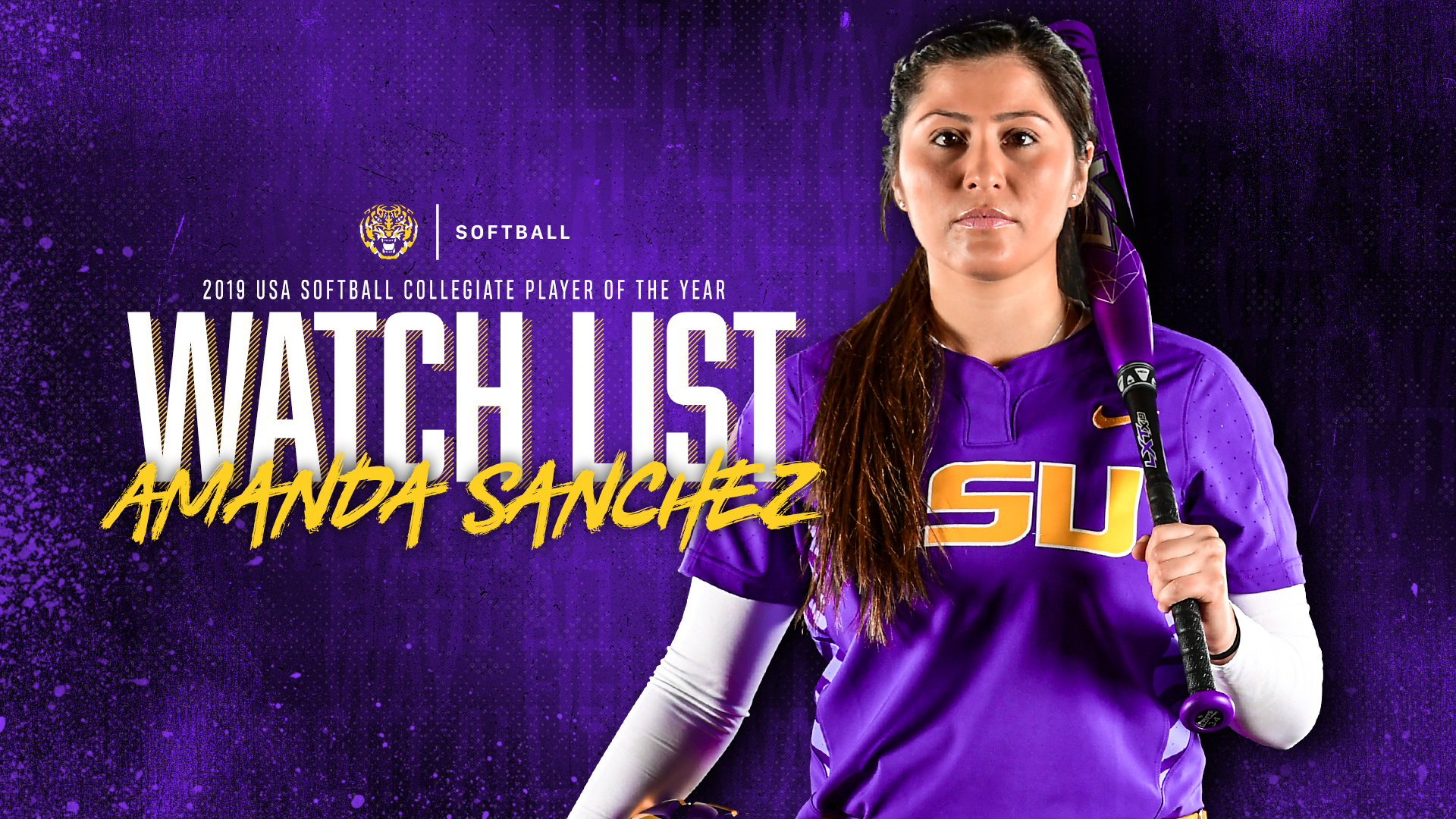 Sanchez, a 2018 All-SEC Defensive Team selection, transferred to LSU for the 2019 season after graduating from Missouri. In 2018, Sanchez served as one of Missouri’s most consistent and dangerous hitters as she reset single-season career-highs in average (.374), runs scores (31), doubles (10), on-base percentage (.500) and slugging percentage (.671).

The graduate transfer finished fourth among the league in on-base percentage and tied for ninth in average and slugging percentage. She committed just one error on 72 total attempts in SEC play, registering a .986 fielding percentage.

The preseason “Watch List” includes 24 seniors, 16 juniors and 10 sophomores, with freshman ineligible for the consideration. (Freshman can be considered for the USA Softball Collegiate Player of the Year award once they have competed at the collegiate level).

LSU finished the 2018 season with a 45-17 overall record after falling to Florida State in the Tallahassee Super Regional. The Tigers return 14 letterwinners to the 2019 squad and add 10 newcomers to the roster.