No. 5 Gym Travels for Meet Against No. 9 Alabama 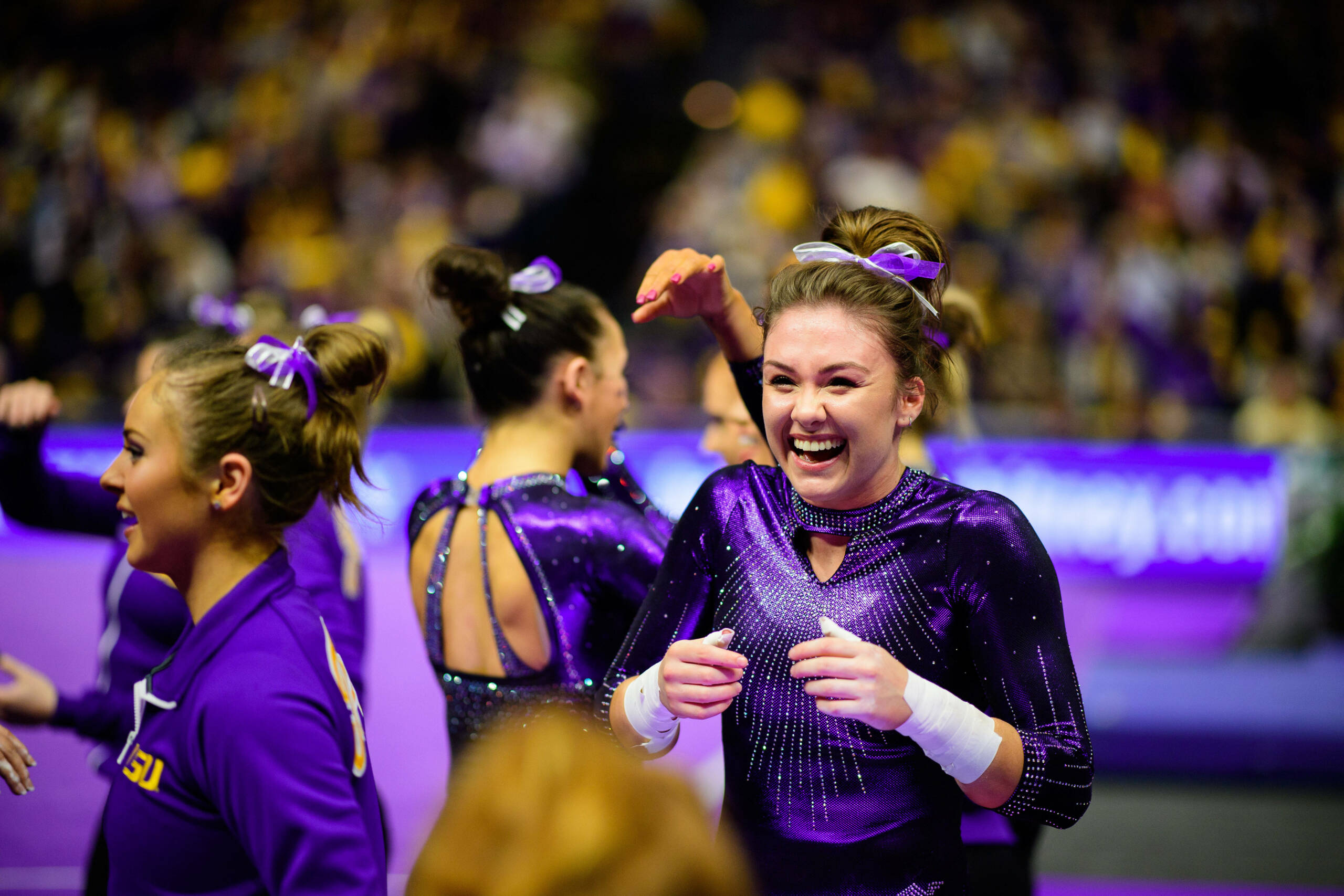 TUSCALOOSA, Ala. – For the 21-straight straight meeting, LSU and Alabama will meet in a top-10 showdown as the fifth-ranked Tigers and ninth-ranked Crimson Tide face off at 8 p.m. CT Friday inside Coleman Coliseum.

The meet between the two SEC rivals will be televised on the SEC Network. First vault is set for 8:05 p.m. with Bart Conner and Kathy Johnson Clarke on the call. The meet is the finale of a triple header for the Network.

DD Previews the Meet
“We are excited to get on the road again and improve off a really positive performance a week ago,” head coach D-D Breaux said. “Coleman Coliseum is always a great place to compete in and we know what to expect with the atmosphere and the crowd.

Series Between LSU and Alabama
Alabama leads the all-time series between the schools 96-27-2 with the Tigers winning just four times in Coleman Coliseum in school history. LSU is currently on an eight-meet winning streak over Alabama since the 2017 NCAA Championships and the Tigers have won five straight in the regular season.