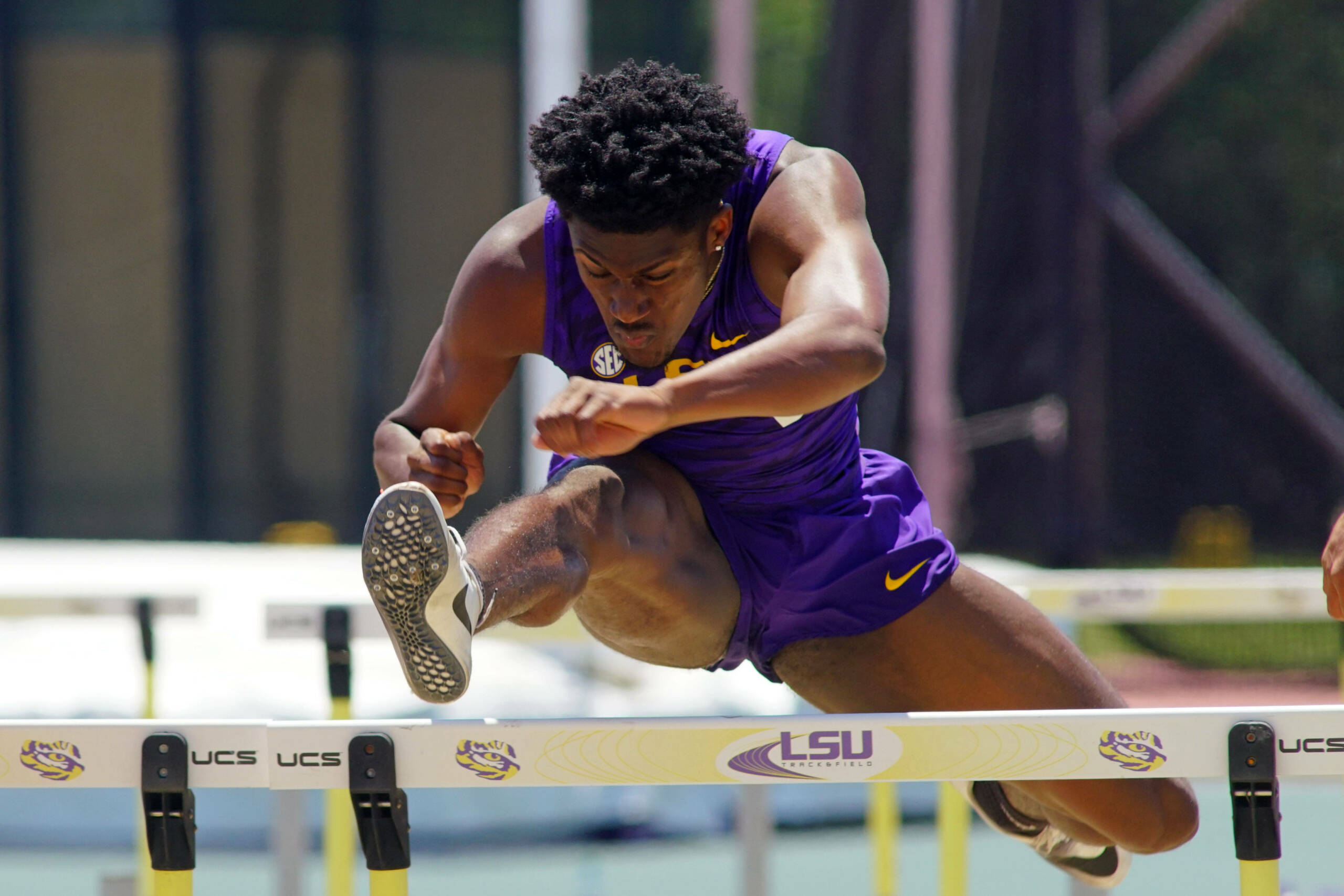 Baton Rouge, La. – The nationally ranked LSU track and field program is headed to Fayetteville, Arkansas, for the Razorback Invitational that will take place this Friday and Saturday at the Randal Tyson Indoor Track Center. The meet will be streamed on WatchESPN both days, and Saturday’s afternoon portion of the meet will air live on the SEC Network.

A strictly Power 5 meet, the field is loaded with talented athletes and teams. LSU will be joined by conference foes Florida, Arkansas, Kentucky and Mississippi State while Oregon, Iowa State, Kansas State, Oklahoma State and Purdue will be in attendance as well. A plethora of ranked teams will be in attendance; ranked men’s teams include No. 2 Florida, No. 8 LSU, No. 12 Arkansas and No. 17 Oregon, and five top-10 women’s squads will be present with No. 1 Arkansas, No. 6 Florida, No. 8 Kentucky, No. 9 LSU and No. 10 Oregon.

Forty-four athletes (21 women and 23 men) will represent the Purple and Gold at the meet this weekend. This will be the first of three trips to Fayetteville for LSU during indoors as they will return for the Tyson Invitational (Feb. 8-9) and SEC Championships (Feb. 22-23) at the Randal Tyson Indoor Track Center.

The two-day meet will be streamed on WatchESPN both days with the Saturday afternoon events being televised live on the SEC Network. Friday’s streaming block begins at 6 p.m. CT and will run until 7:20 p.m. CT. The Tigers have 13 runners (eight women and five men) entered in the 200 meter dash that begins at 6:25 p.m. CT for the women and 7:05 p.m. CT for the men. Additional live look ins will be focused on the field events (pole vault, long jump and high jump).

After two meets, LSU has eight athletes that have accounted for 10 top-10 national marks this season. Rayvon Grey (long jump) and JuVaughn Harrison (high jump) both went off last weekend at the Red Raider Invite with NCAA leading marks; Grey leaped 8.06 meters (26-5.50) and Harrison cleared 2.27 meters (7-5.25). Kortnei Johnson had herself a grand ole meet as well with two NCAA top-five times. The senior from Italy, Texas, clocked the second-fastest 60 meter dash time in America with a converted 7.21, and her converted 23.37 in the 200 meter dash ranks fifth nationally.

The first release of the regular season USTFCCCA rankings were released on Tuesday afternoon. The men’s team checks in at No. 8 in the poll, while the women’s team is in the No. 9 slot. In the January 21 FloTrack rankings, the men’s team is ranked third nationally, and the women are slotted fourth.