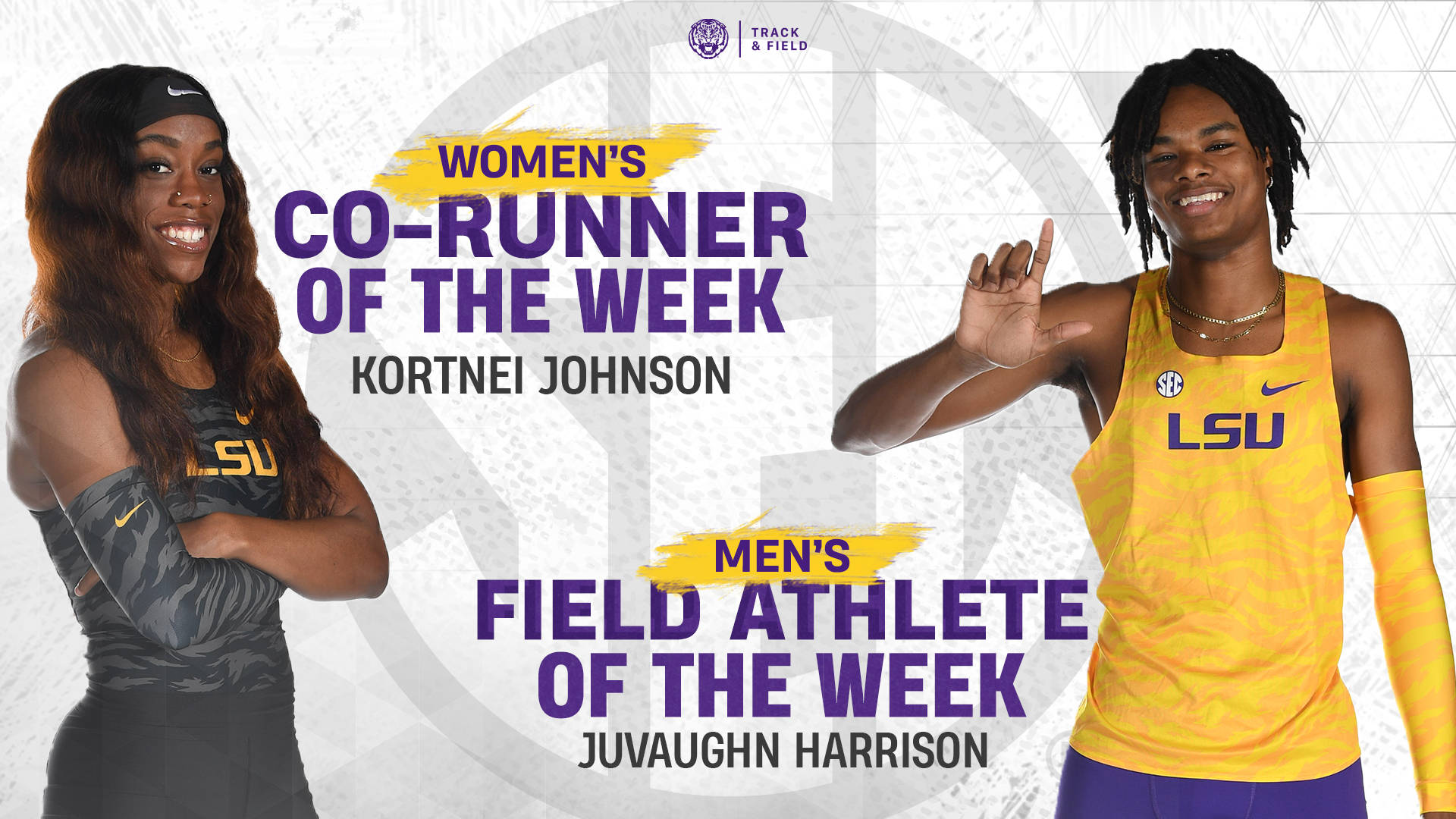 Baton Rouge, La. –  It’s been quite a busy past 24 hours for the LSU track and field team as Kortnei Johnson and JuVaughn Harrison earned SEC accolades, Mondo Duplantis was named the Swedish Sportsman of the Year for 2018, and the U.S. Track & Field and Cross Country Coaches Association released its first regular season rankings.

Impressive showings by Johnson and Harrison earned them their first 2019 SEC accolades. Harrison was named the Men’s Field Athlete of the Week as he cleared a career-best height of 2.27 meters (7 feet, 5 ¼ inches) on his way to setting an NCAA-leading mark in the high jump to claim gold this past weekend at the Red Raider Invitational. Harrison now owns the best high jump in the NCAA this year, and his season-best long jump of 7.83 meters (25 feet, 8 ¼ inches) ranks fifth nationally. The 2.27 meter clearance is the fifth best in the world for 2019 and it ranks as the second best in LSU history.

Johnson swept individual titles in the 60 and 200 meter dash over the weekend in Lubbock. She started her day off with a win in the 60 meter dash when she clocked a time of 7.19 seconds en route to a dominant victory. For NCAA purposes, her 7.19 was converted to a 7.21 clocking for altitude and that time of 7.21 ranks as the second fastest in the NCAA. She followed up her win in the 60 meters with a season-best readout of 23.30 in the 200 meter dash to claim her second gold medal of the meet. The time was converted to a 23.37 and that is the fifth fastest time in America. Both of Johnson’s times are ranked in the top four of the world for 2019.

Mondo Duplantis was named the Swedish Sportsman of the Year for 2018 on Monday night at the Idrottsgalan (Swedish Sports Award Event). Duplantis was unable to attend the event, so his grandfather, Lars-Ake Hedlund, accepted the award on his behalf.

In addition to being named Sportsman of the Year, Duplantis also won the Performance of the Year award for his exceptional outing in the pole vault at the 2018 European Championships where he cleared a personal best 6.05 meters (19-10 ¼), the second best height ever cleared outdoors, to claim gold for Sweden.

The first release of the regular season USTFCCCA rankings were released on Tuesday afternoon. The men’s team checks in at No. 8 in the poll, while the women’s team is in the No. 9 slot. In the January 21 FloTrack rankings, the men’s team is ranked third nationally, and the women are slotted fourth.