Finnegan Named SEC Gymnast of the Week for Second Time 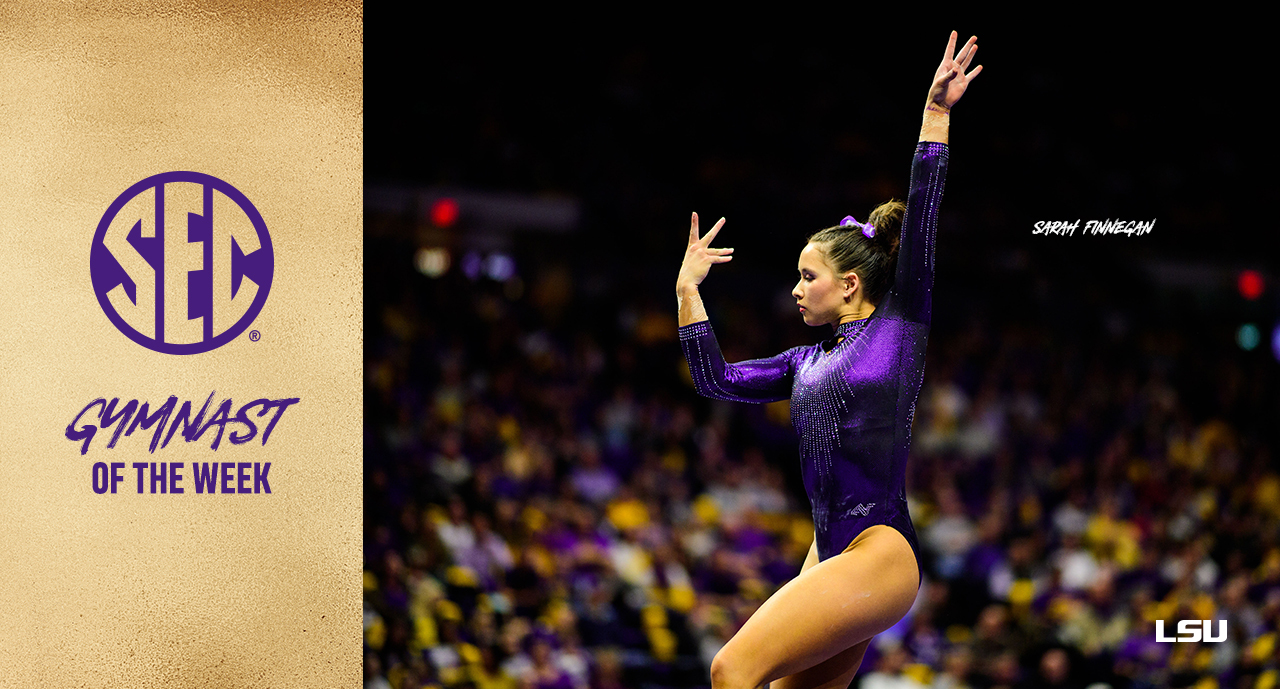 BATON ROUGE – Senior Sarah Finnegan was named the Southeastern Conference Gymnast of the Week for the second time in 2019 after winning four titles on Friday night against No. 3 Florida, the league office announced Tuesday.

Finnegan pushed her career win total to 55 for the ninth-most titles in school history after taking victories on vault, bars, floor and the all-around. The Lee’s Summit, Missouri, native set season highs of 9.925 on vault, 9.975 on bars, 9.95 on floor and 39.700 in the all-around.

Finnegan’s score of 39.700 is the highest in the SEC this season and second-highest score in the country after three weeks. She ranks in the top-25 of all four events and the all-around and owns top-five rankings in all categories in the SEC.

The fifth-ranked Tigers and Finnegan will travel to Tuscaloosa to take on No. 9 Alabama at 8 p.m. CT Saturday on the SEC Network.