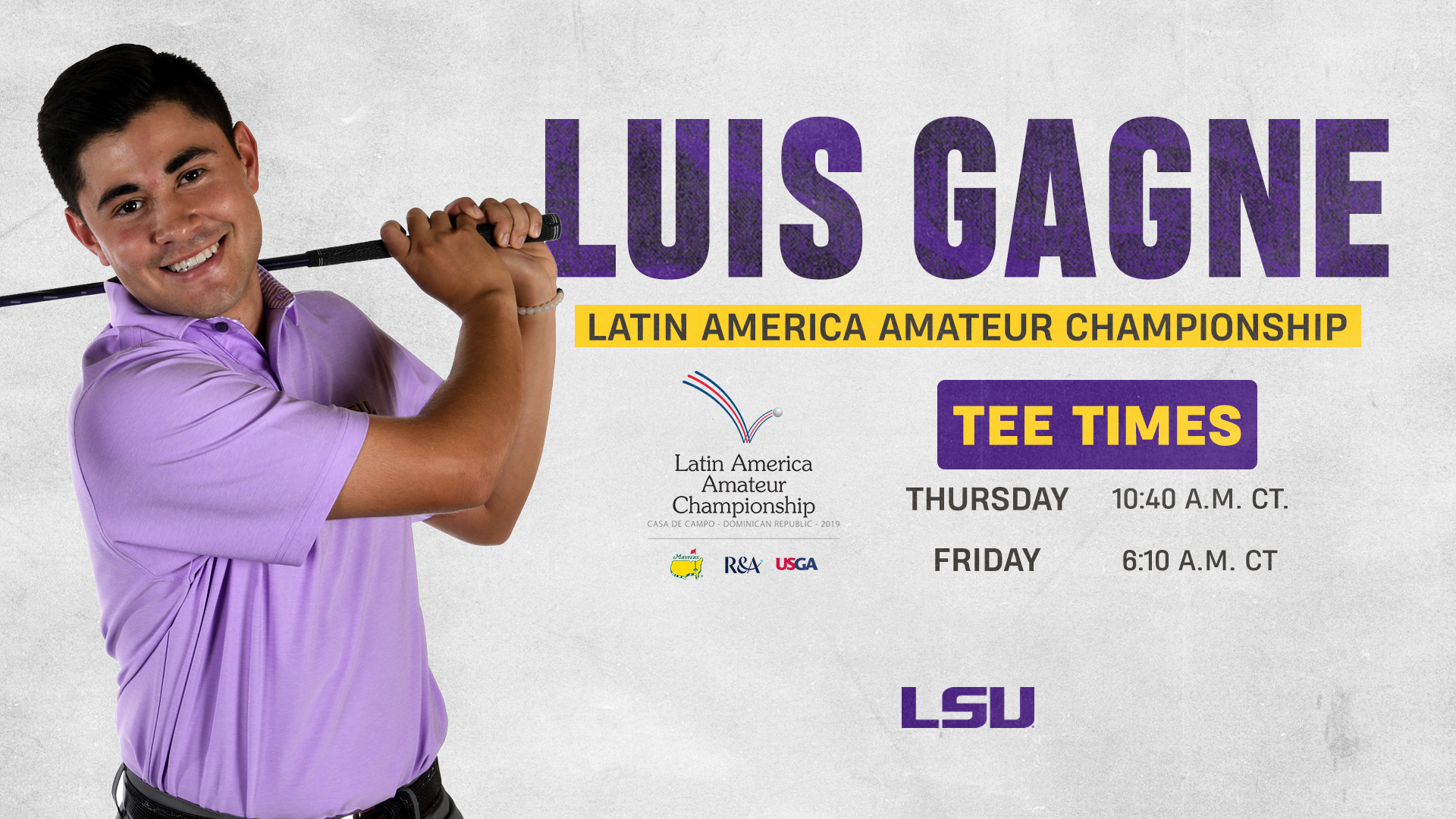 Baton Rouge, La. – Luis Gagne, a senior on the LSU men’s golf team, is set to tee it up at the 2019 Latin America Amateur Championship that begins on Thursday and concludes on Sunday at Casa de Campo in the Dominican Republic. The tournament will be played on the Teeth of the Dog course.

Gagne is coming off the Abierto Sudamericano Amateur in Chile where he finished tied for medalist honors after 72 holes on Sunday with a four-round total of 7-under par 281 and then fell to Cris Crisologo in a playoff. Gagne will tee off at 10:40 a.m. CT on Thursday and 6:10 a.m. CT on Friday. Gagne enters this week’s tournament ranked 37th in the latest World Amateur Golf Rankings.

The 72-hole, stroke-play tournament will feature the best amateur golfers from South America, Central America, Mexico and the Caribbean, and will be carried on ESPN2 in the United States. Thursday’s and Friday’s television window will be from 2-4 p.m. CT. Once weekend play begins, the TV windows for the final two rounds of play will be from 10 a.m. – 12 p.m. CT.

Gagne has played in three tournaments this season for the LSU men’s golf team with his best finish, a tie for sixth place, coming at the 2018 Maui Jim Intercollegiate in September. Gagne is already a three-time All-American and is looking to close out his senior season as the first four-time All-American in program history. His current career average of 71.45 strokes per round is the second lowest in school history behind Sam Burns’ 71.13.