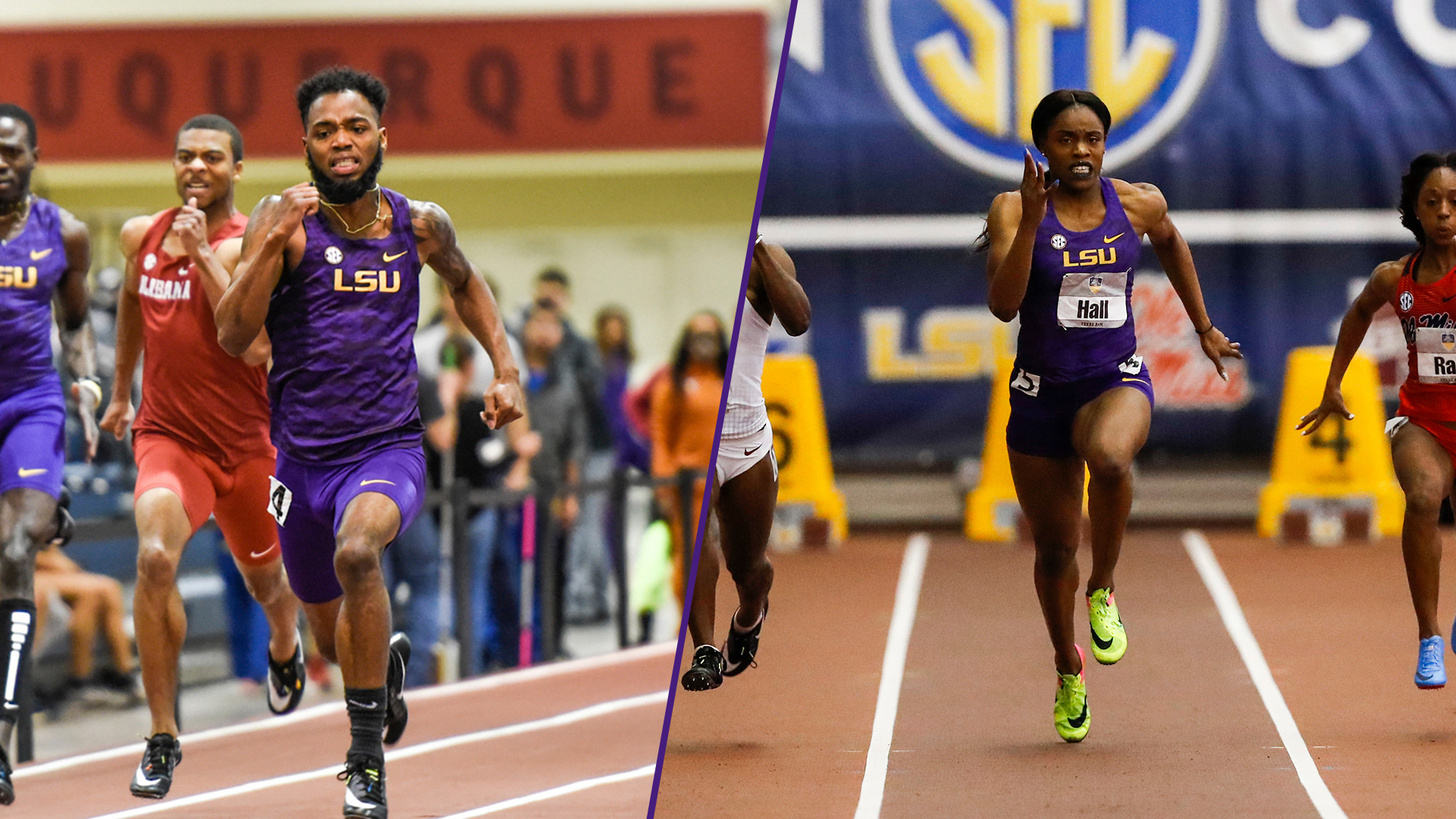 Baton Rouge, La. – The LSU track and field team is headed to Lubbock, Texas, for meet No. 2 of the indoor season as it takes on the Red Raider Open on Friday, January 18 at the Texas Tech Sports Performance Center.

The Tigers will be one of 25 teams in attendance at the meet in Lubbock. Running events will begin for LSU at 10;30 a.m. CT with the start of 3,000 meter races (DC Lipani and Adam Wise); field events will start at 12:30 p.m. for LSU with Jake Norris in the hammer throw. The foursome of Raymond Kibet (600m run), Tyler Terry (600m run), Mercy Abire (long jump) and Katy-Ann McDonald (mile) are expected to make their Purple and Gold debuts on Friday. Jahnoy Thompson and Correion Mosby, a pair of returning All-American from 2018, are set to make their 2019 individual debuts in the 200 meter dash.

Mondo Duplantis and Amy Stelly will be representing LSU at the 2019 Pole Vault Summit in Reno, Nevada. Duplantis is scheduled to compete on Friday night and Stelly will hit the runway to vault on Saturday at the Reno Events Center. For Duplantis, it will be his first competition of 2019 and Stelly will look to improve upon her personal-best mark (3.80m/12-5.50) that she set at the season-opening UAB Vulcan Invite.

Six LSU athletes registered top-10 marks on the NCAA qualifying list at the season opener. Sha’Carri Richardson owns the highest rank with the second-fastest time in the NCAA in the 60 meters, a 7.23, that she ran in her first-career collegiate meet.

The United States Track & Field and Cross Country Coaches Association announced its preseason rankings on Jan. 10 morning. The women enter the season in the No. 7 slot, while the men check in at the No. 17 position. FloTrack’s preseason rankings slot the LSU women in the No. 4 spot, and the men are not too far off with a ranking of six.

The preseason watch list for the 2019 edition of The Bowerman was released on Jan. 8 and Mondo Duplantis was the only freshman to be named to the men’s list. The appearance on the most prestigious list in collegiate track and field is the fourth all-time by a men’s athlete at LSU. Duplantis joins the likes of previous honorees Walter Henning, Vernon Norwood and Nethaneel Mitchell-Blake. The Bowerman recognizes the top 10 collegiate male and female athletes around the country and the honor is awarded annually to the most outstanding athlete each collegiate season every December.