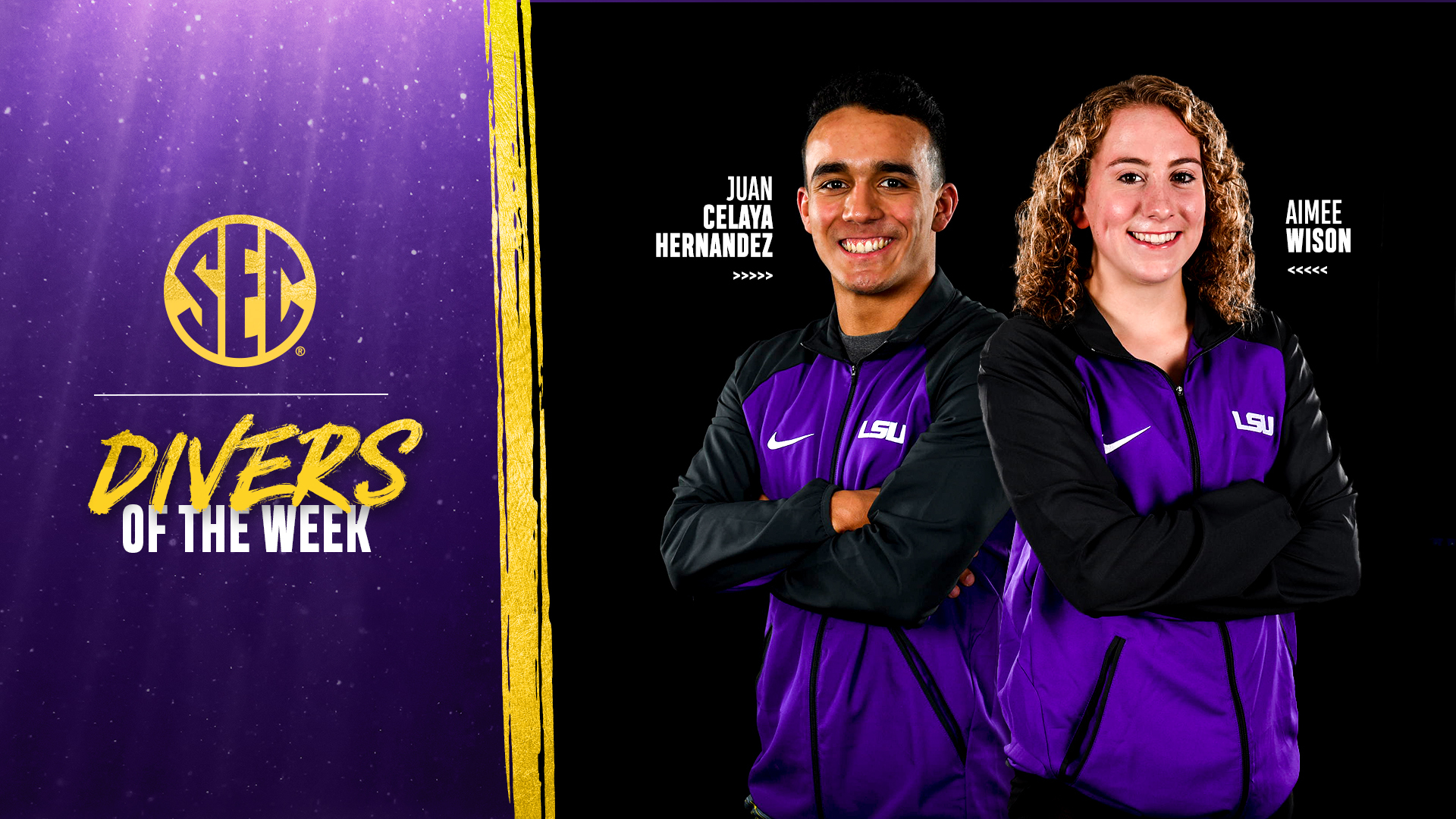 BATON ROUGE– Juan Celaya-Hernandez and Aimee Wilson have been named SEC Divers of the Week, the league announced Tuesday.

“This is a terrific recognition for both Juan and Aimee,” said LSU head diving coach Doug Shaffer. “They really stepped up this past weekend with excellent performances in both of their events. I am proud of their accomplishments.”

Wilson earned the first victory of her young career against Incarnate Word and Delta State as the freshman won the three-meter with a score of 373.85. On the one-meter, Wilson dove to a score of 310.60 to finish in second place.

Wilson broke the three-meter pool record which was set by Olympian and NCAA Champion Jaele Patrick of Texas A&M in 2012.

“Aimee had the best performance of her LSU career on the three-meter setting a new pool record,” said Shaffer. “Aimee now sits second on the all-time list for three-meter.”

Both Celaya-Hernandez and Wilson will be back in action this Saturday, January 19 as the Tigers take on Texas A&M in College Station.