No. 4 Gymnastics Travels to Take on No. 17 Auburn 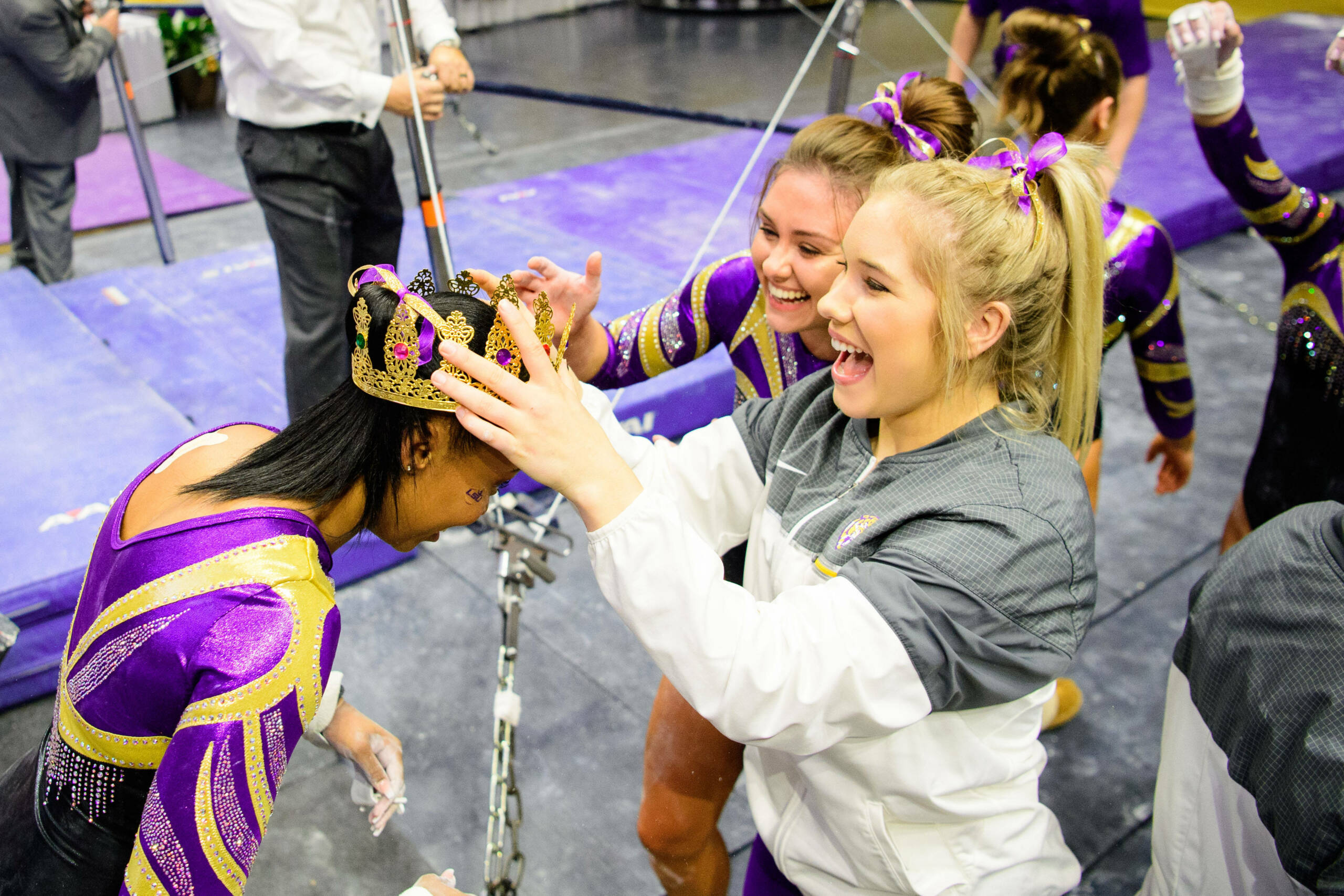 AUBURN, Ala. – The fourth-ranked LSU gymnastics team travels for the first time in 2019 to take on No. 17 Auburn at 7:30 p.m. CT Friday inside Auburn Arena.

The meet between the teams that started out the season 1-0 a week ago will be televised live on the SEC Network. First vault is set for 7:35 p.m. and John Roethlisberger and Alicia Sacramone Quinn will have the call.

DD Previews the First Road Meet
“This is a really good opportunity to go on the road and compete in front of a great crowd for the first time,” head coach D-D Breaux said. “Auburn is a difficult place to compete at, and the students bring a lot of energy right on the floor. We want to build off of last week’s performance and just continue to improve.”

Last Time Out
The Tigers opened 2019 with a team score of 196.775 to defeat No. 8 Cal inside the PMAC. Senior Lexie Priessman took the vault title with a 9.90 and junior Ruby Harrold won bars with a score of 9.925. Senior Sarah Finnegan swept the remaining beam and floor titles 9.95’s on each event. Finnegan also won the all-around with a final score of 39.675.

Series Record Between LSU and Auburn
LSU is 78-15 all-time against Auburn, including a record of 12-6 on the road. LSU has won seven-straight meets against Auburn since 2016 between regular season meetings and SEC Championships. LSU last lost at Auburn came in 2013, 196.975-197.175.