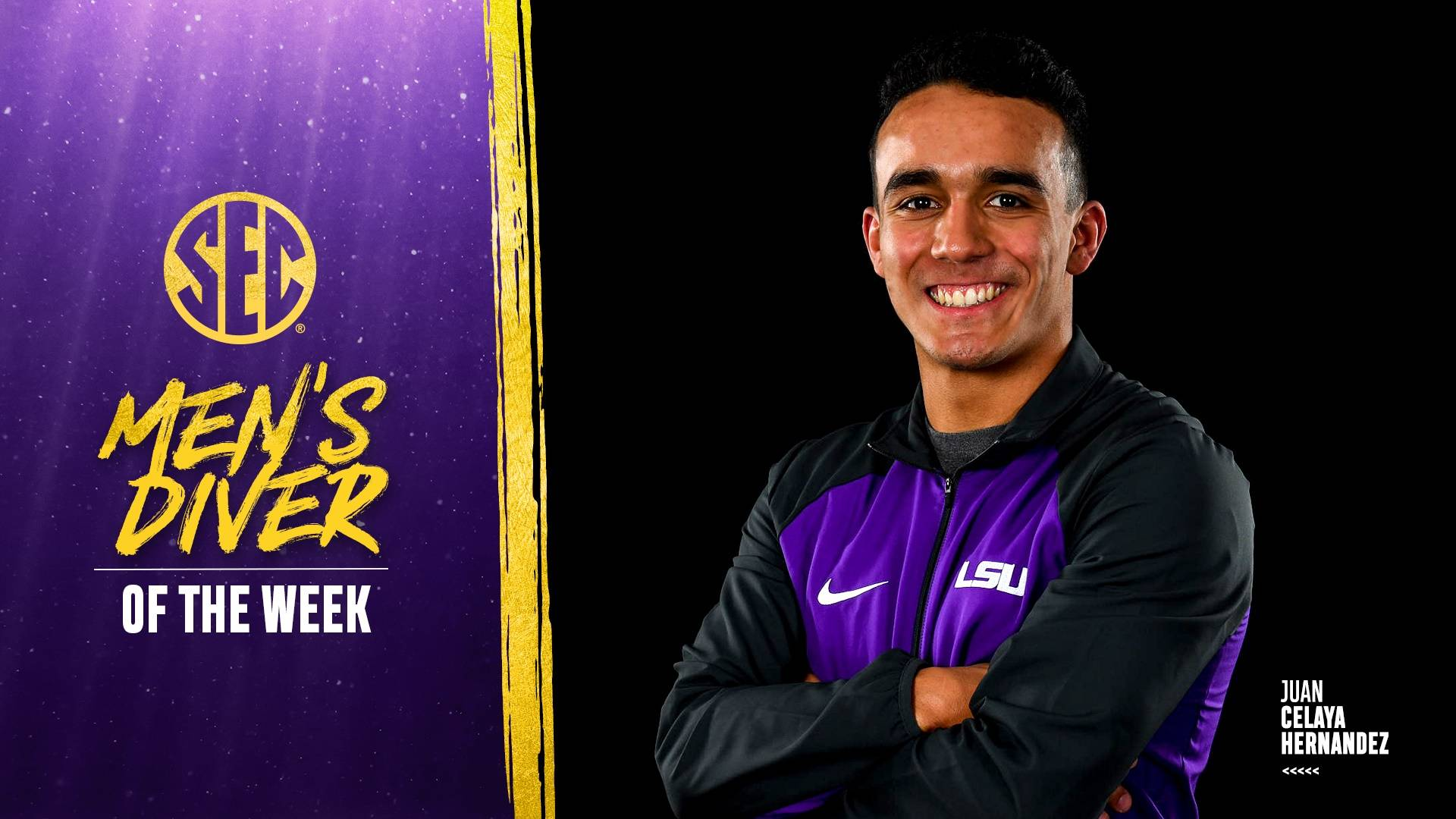 LSU diver Juan Celaya-Hernandez has been named the SEC Men’s Diver of the Week, the league announced Tuesday.

“This is a great honor for Juan,” said LSU diving head coach Doug Shaffer.  “He started off 2019 in a great manner by winning both of the springboard events.  Given that nearly all of the SEC schools were in attendance at the Georgia Diving Invitational, this is a good indicator of the championship season ahead of us.”

Celaya-Hernandez, a junior from Mexico, won both springboard events at the Georgia Diving Invitational. On one-meter, Celaya-Hernandez won by over 15 points with a score of 382.90.  Over his six dives in the finals, he averaged a 63.82.

Dating back to the Auburn Diving Invitational, Celaya-Hernandez has won five out of the last six events he has competed in.

This is the third time this season that Celaya-Hernandez has earned SEC honors, and it is the eighth time he has earned SEC Male Diver of the Week in his career.

Celaya-Hernandez will be back in action on Saturday, January 12 as the Tigers welcome Incarnate Word and Delta State to the LSU Natatorium for Senior Day.