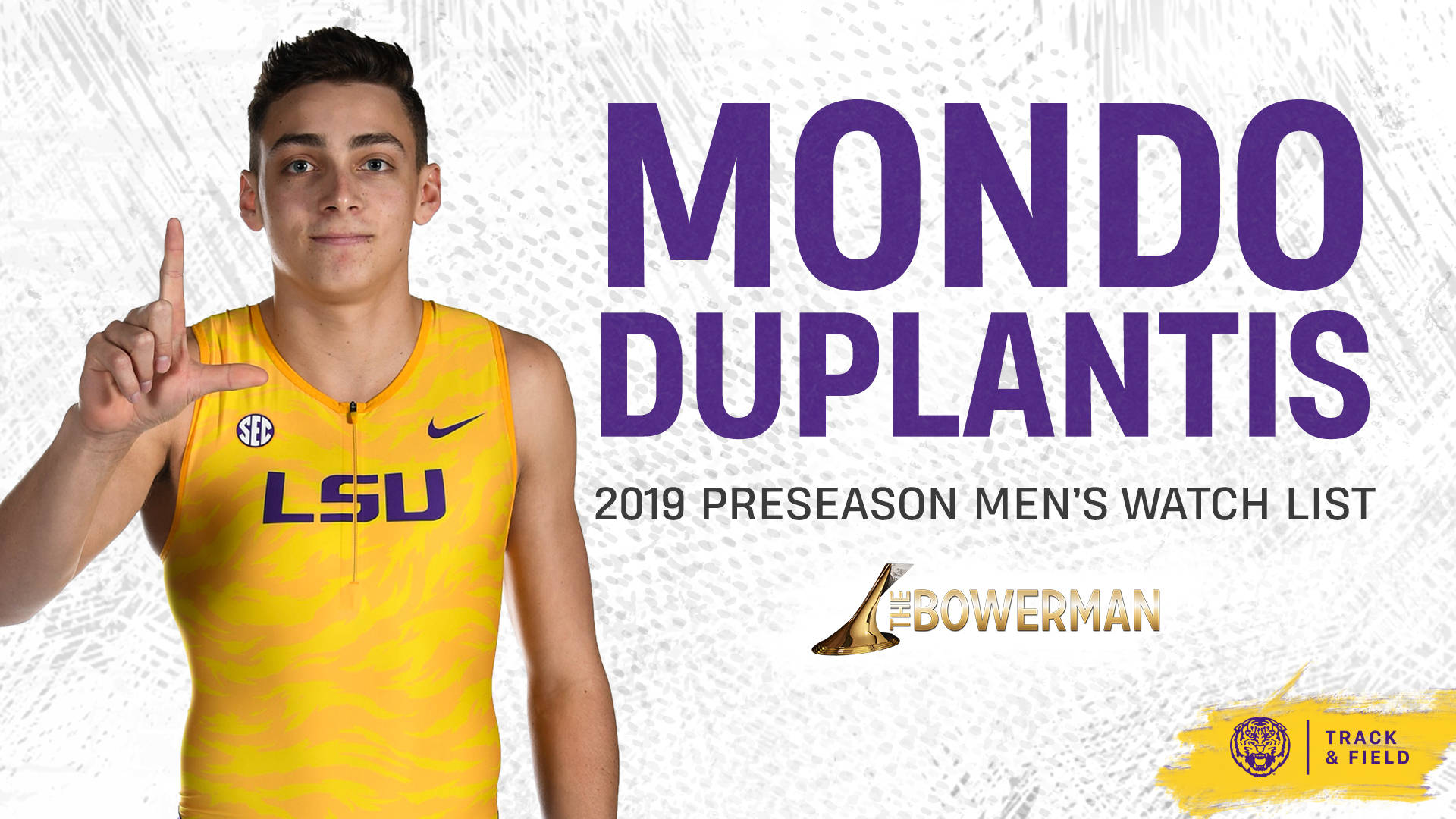 Already having cemented himself as one of the most prolific pole vaulters in world history, Duplantis will look to etch his name in the NCAA and LSU record book this year. The 2018 IAAF Male Rising Star of the Year, Duplantis cleared a career-best height of 6.05 meters (19-10.25) at the European Championships while representing Sweden on his way to securing gold. The mark of 6.05 meters was the highest on the world leaderboard as 2018 came to an end and it was a European Championships meet record.

The 19-year-old native of Lafayette, La., had an outstanding 2018 season on the world stage. He set and broke his own world U20 pole vault records eight times between the indoor and outdoor circuit, and he claimed the U20 IAAF world title in July with a championship record clearance of 5.82 meters (19-1.00). He claimed the top spot amongst a throng of professionals at the Diamond League meeting in Stockholm in June with a clearance of 5.86 meters (19-2.75).

The Bowerman consists of the Top 10 athletes in collegiate track and field and is presented every December to the top male and female track and field athlete of the season. Duplantis is the only freshman to be named to the men’s list and he is one of two pole vaulters in the elite group alongside South Dakota’s Chris Nilsen.