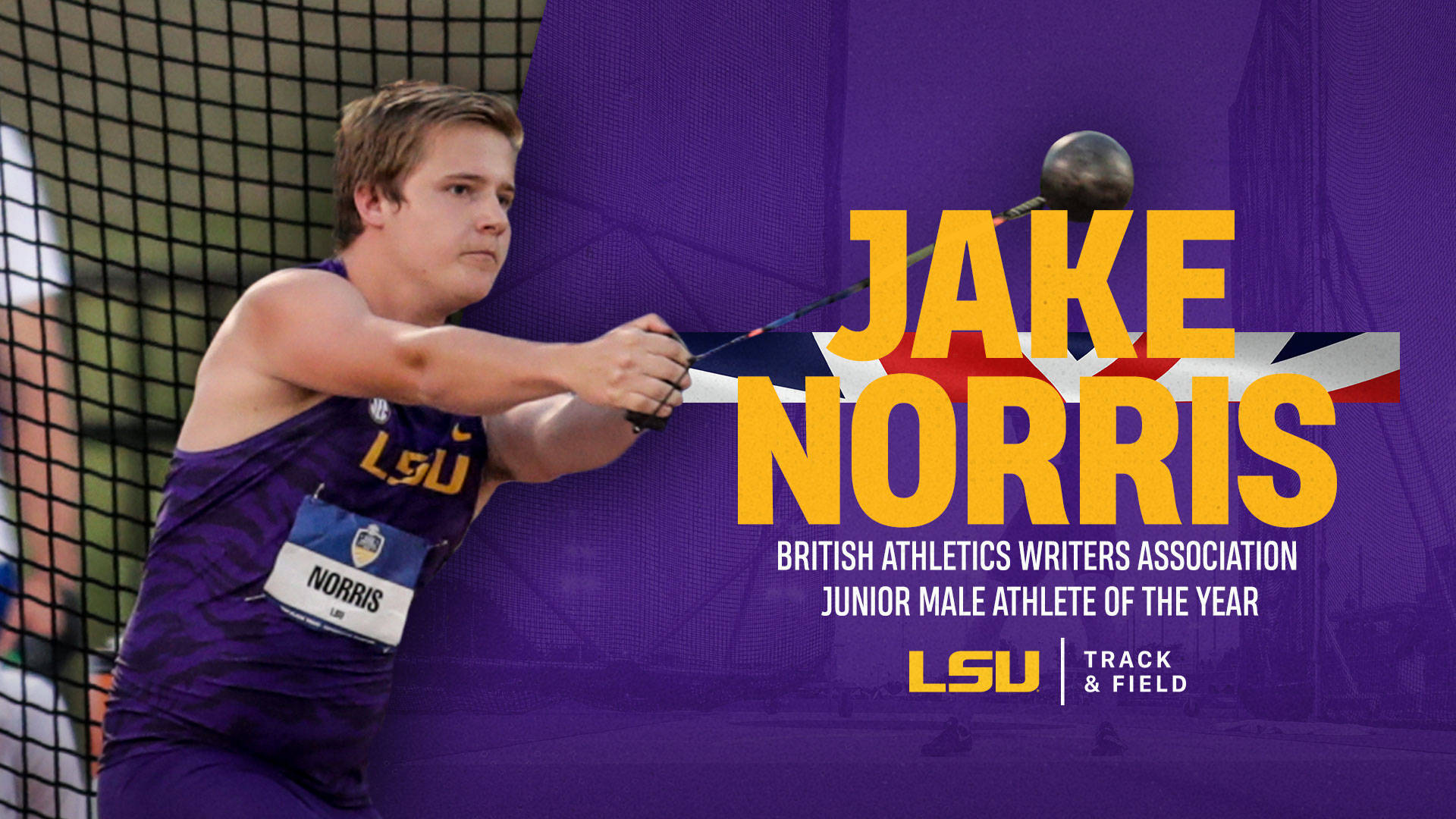 Baton Rouge, La. – Jake Norris was tabbed as the British Junior Male Athlete of the Year on Friday (Nov. 23) by the British Athletics Writers Association for track and field.

📹 Jake couldn’t collect his award in person due to his studies at @LSU, but sent this message from America. pic.twitter.com/DzX4ehdxu1

Norris capped off his 2018 season with a gold medal at the IAAF U20 World Championships in July with a hammer throw of 80.65 meters (264-7). The toss of 80.65 meters with the six kilogram implement broke his own British U20 record and was the second-best throw in the world for U20 athletes this year.

Norris topped off his first collegiate season in America with a bronze showing at the NCAA Championships with an LSU record toss of 73.24 meters (240-3). The throw of 73.24 meters with the senior implement (7.26 kilograms) was the best in the world for U20 athletes in 2018.

Norris, a rising sophomore, scored points for the Tigers at both the indoor and outdoor conference meets during his freshman campaign in 2018. He registered a weight throw of 20.48 meters (67-2.25), which was a career best, at the indoor SEC meet to place seventh and score two points for LSU. At the outdoor SEC meet, he launched a hammer throw of 69.87 meters (229-03) to place fourth and earn All-SEC Freshman Team honors.