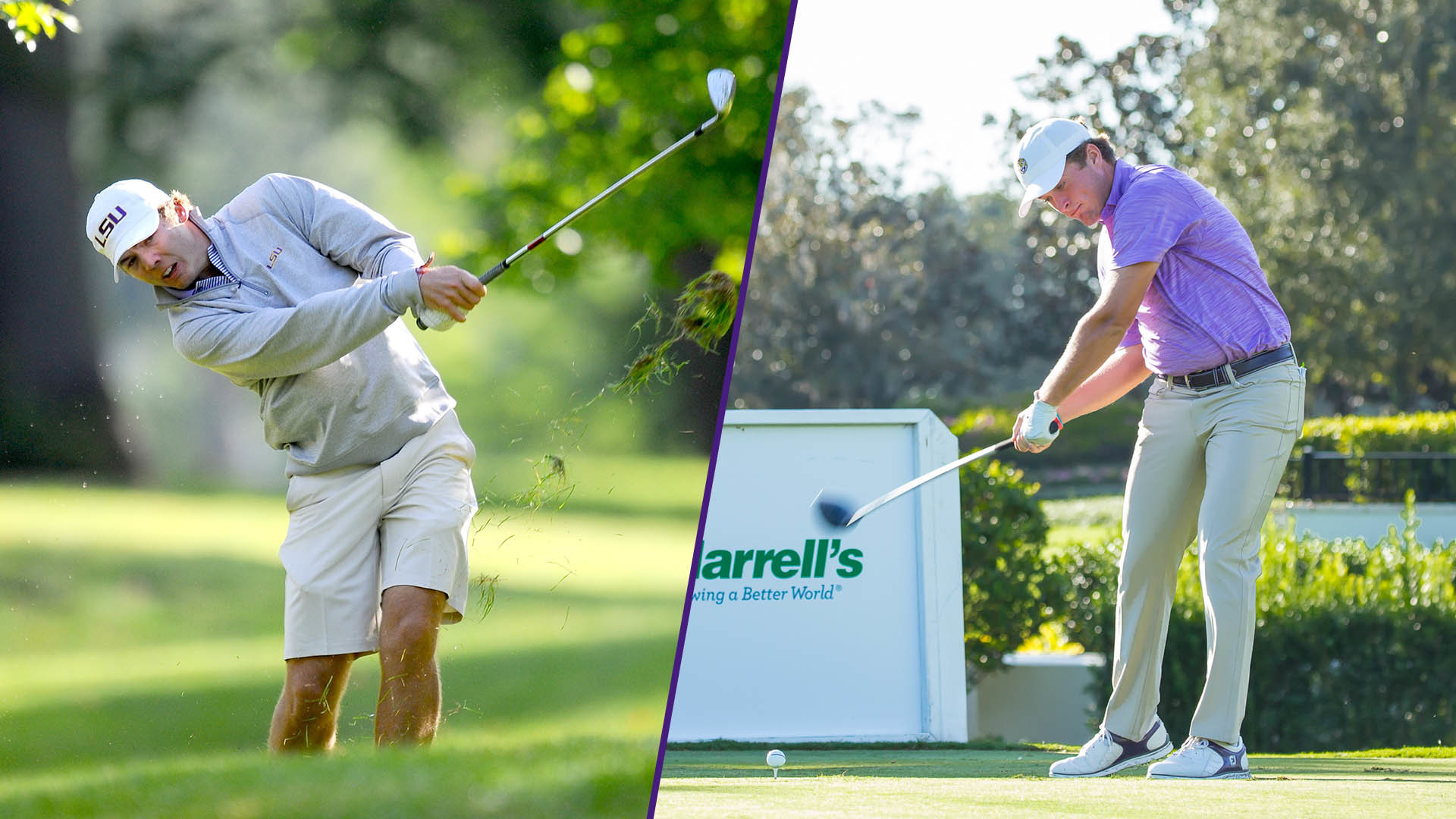 Saint Simons Island, GA. – Sam Burns finished 37th and Garrett Barber, the only amateur in the field, placed 76th at the 2018 RSM Classic on Sunday. The tournament was hosted at the Sea Island Golf Club and was the eighth tournament of the 2018-19 PGA Tour schedule.

Burns and Barber were actually in the same grouping on Sunday alongside Ted Potter Jr. and they started off the 10th hole on the par 70 Seaside Course. Burns came out firing on all cylinders with three birdies in his first six holes to start the round with a 3-under par 32 on his first nine holes. He bogeyed the first hole, his actual 10th hole of the day, but then he responded with a birdie on the par 4 second hole. He closed out his round with a birdie on the par 4 ninth hole to finish with a 4-under par 66. Burns final tally for the four-round tournament was a 10-under par 272 (72-67-67-66) to tie for 37th.

Barber, playing in the first PGA Tournament of his life, closed with a final round of 3-over par 73. Starting on the 10th hole, Barber played the first nine holes of the round to the tune of a 1-under par 34 that included two birdies, six pars and one bogey. Barber was very close to solidifying a top 50 finish after he parred the first six of his final nine holes before he played the final three holes at 4-over par. Barber finished the tournament with a 2-under par 280 (71-65-71-73) to tie for 76th.

“This whole week was awesome,” Barber said. “And getting to play with Sam today was really cool because I got to talk to him about what it’s like to play on the professional level. He’s already been really successful early on in his career just a few years out of college. This was a really fun experience for me and I learned a lot this week.”