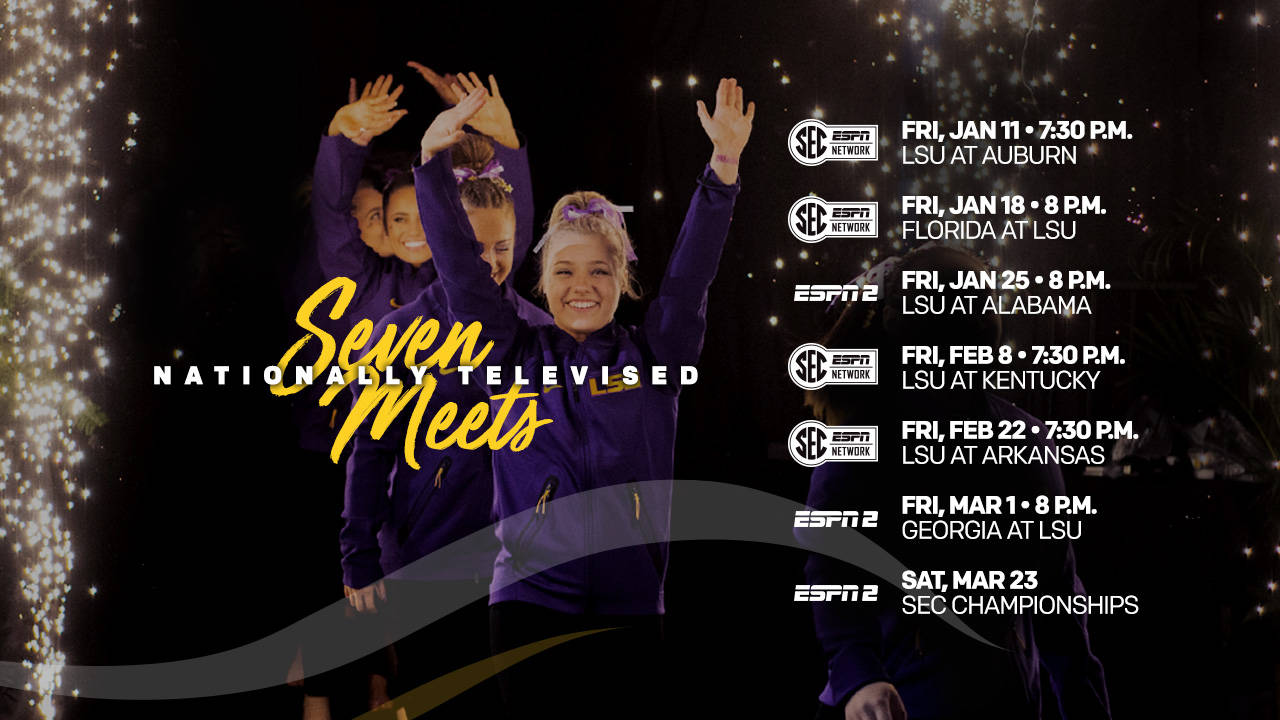 BATON ROUGE – The LSU Gymnastics program will be broadcast nationally in nearly every meet in 2019 with 11 on the schedule to tie a school record, ESPN and the Southeastern Conference announced Thursday.

LSU, the reigning Southeastern Conference regular season and meet champions, will be on the SEC Network four times in 2019 as well as on ESPN2 twice. LSU’s home meets against Cal, NC State, Missouri and Oregon State will also be streamed live on WatchESPN.com.

“What ESPN, the SEC and LSU have done with Friday Night Heights has been unbelievable for our sport,” LSU Gymnastics Head Coach D-D Breaux said. “To be on TV or streamed for nearly every meet has put our brand on display for the nation to see. We are excited for fans across the country to see LSU Gymnastics.”

Season tickets for the 2019 season are going fast with the Tigers on pace to break the school record. One of the top environments in all of collegiate gymnastics, LSU fans have packed the PMAC and set new attendance records in six-straight seasons, including finishing second place nationally in attendance rankings a year ago.

In addition to the meets throughout 2019, GYM 101 will also be available through SEC Network+. The year’s event will take place Monday, Dec. 10, at 6:30 p.m. CT inside the Maravich Center.

Broadcast information for the 2019 NCAA Baton Rouge Regional April 4-6 as well as the NCAA Championships in Fort Worth, Texas will be announced in the spring.