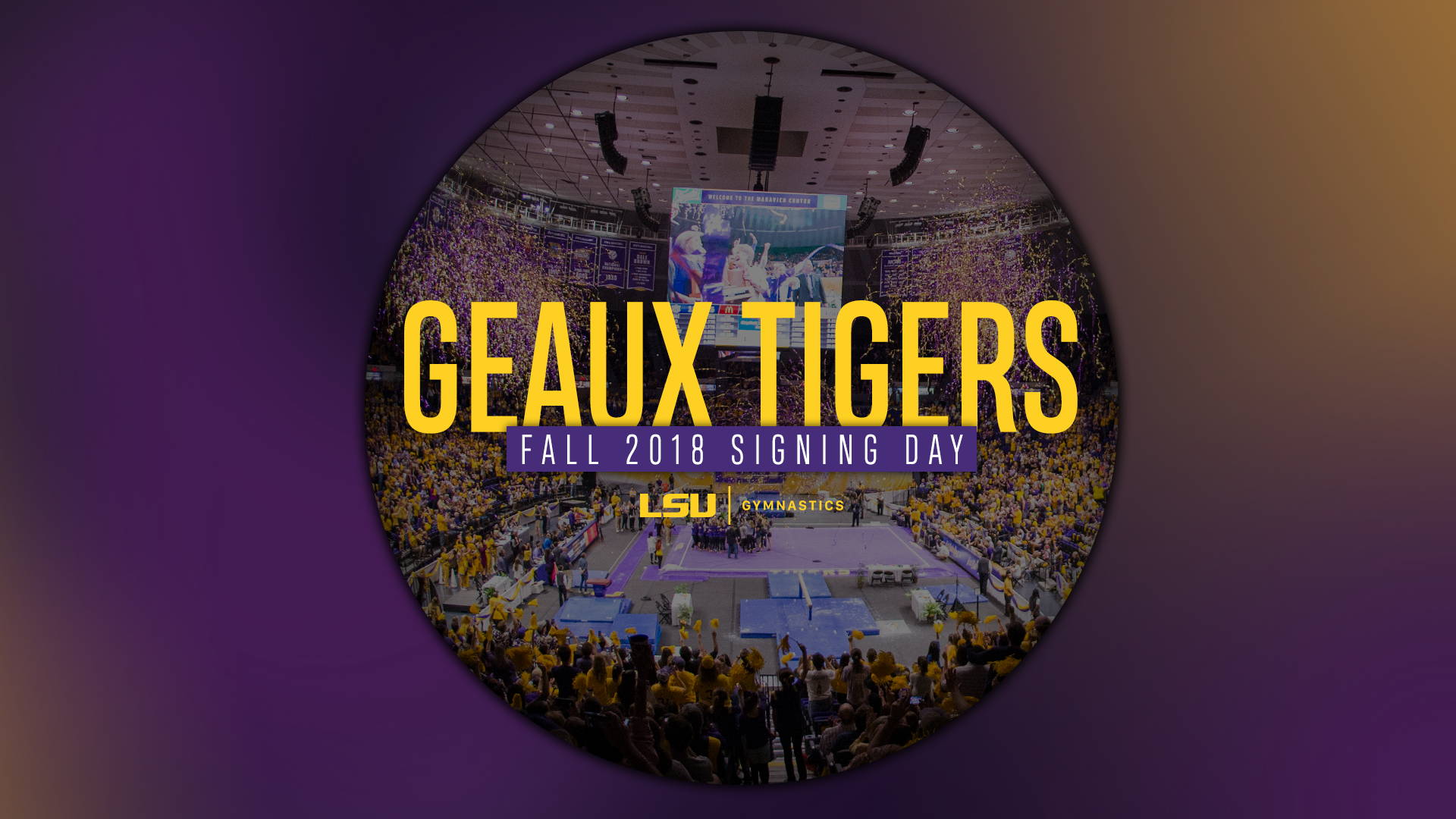 “This class is really important for us, and one I believe will come in and make immediate contributions,” Breaux said. “It’s going to be great to get Bailey on campus early and compete in January as an all-around performer. Kai, Kiya and Caitlin will also bring a lot of experience and be major part of our team next year.”

Ferrer will join the Tigers in January as an early enrollee. The level 10 gymnast and Florida native trains at ACE Gymnastics. Ferrer competed at multiple Nastia Liukin Cups, P&G Championships and Secret U.S. Classic. At the 2017 J.O. National Championships, Ferrer finished third in the all-around and vault, sixth on floor and seventh on bars.

“Bailey joining us in a month is so important to the 2019 season,” Clark said. “We’ve been a little thin on depth this fall, and Bailey should be able to come in and fill a void left by Myia (Hambrick) on the leg events. She will come in on vault and floor, and I expect her to also contribute on bars. She has been training hard this fall and will be ready for the season.”

Rivers is considered one of the best gymnasts in her class. A complete all-around performer from Twistars gym in Michigan, Rivers has multiple top-five event finishes at J.O. National Championships as well as a top all-around finishes in 2016, 2017 and 2018. Rivers also took home the all-around title at the 2017 Nastia Liukin cup.

“Kiya and Kai are incredibly dynamic all-arounders that will impact every event right out of the gate,” Clark said. “We are going to rely on them to come in and fill a lot of the needs that are produced by the graduation of our four seniors.

Johnson will make her way to campus a year earlier than expected. A Level 10 gymnast and former elite competitor, Johnson is the reigning J.O. National Champion in the all-around. Johnson trains at Texas Dreams under Kim Zmeskla Burdette and Chris Burdette. She has competed at the Nastia Liukin cup over the years, including in 2018 when she finished fifth in the all-around.

Smith rounds out the elite class out of Valley Village, California, and Paramount Elite Gymnastics. A former elite and level 10 competitor, Smith competed at the U.S. Classic for three years.

“Caitlin is different than Kai and Kyia,” Clark said. “She has a line and grace to her gymnastics that is unparalleled. She is longer and more fluid than she is powerful. Her bars and beam will particularly be her standout events that people are drawn to.”

“This class has big shoes to fill, but what they lack in experience, they more than make up for it in ability and talent, “Clark said. “We feel like we can get 12 routines out of this class immediately. We’ll be young next year because they’re going to contribute quite a bit. They’re extremely competitive, and I don’t expect us to miss a beat.”

Fans will get to see the 2019 team for the first time at Gym 101, a free gymnastics showcase, at 6:30 p.m. CT on Monday, December 10, in the Maravich Center. The season opener for the Tigers will be January 4 at 7:30 p.m. CT in the PMAC. The Tigers are the reigning SEC champions and return seven All-Americans, including Sarah Finnegan who was named the 2018 SEC Gymnast of the Year.