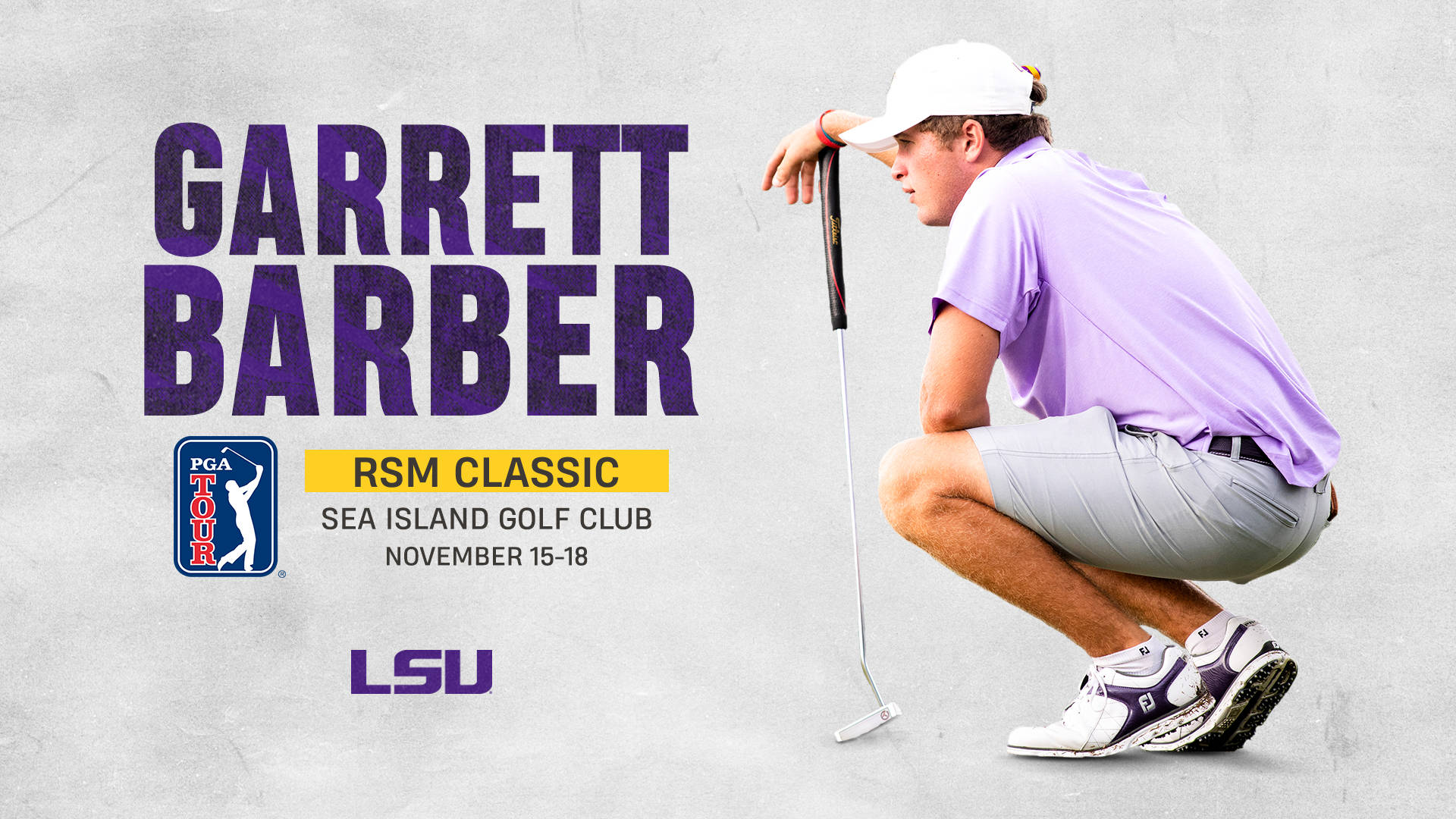 Baton Rouge, La. – Garrett Barber and Sam Burns, two golfers with ties to the LSU men’s golf program, will tee it up this week at the 2018 RSM Classic on the PGA Tour in St. Simons Island, Ga., at the Sea Island Golf Club (Seaside Course and Plantation Course).

The tournament will begin on Thursday and conclude on Sunday. The Seaside Course, the same course that the SEC Championship is played on, will play as a par 70 at 7,005 yards, while the Plantation Course will play at 7,058 yards for a par 72.

“I’m really excited to get out there and play in my first PGA Tour event,” Barber noted. “It’s golf. It’s the same thing I’ve done my whole life, but this event will admittedly be a bit different.

“I’ve played this course before {played the Seaside Course in 2016 at the Jones Cup Junior Invitational} so I’m pretty comfortable with it. Depending on what the conditions are like, this course can be very getable or very tough. If that wind picks up, my game plan is to get it in the fairway and hit as many greens as possible.”

A freshman on the LSU men’s golf team, it will be the first PGA Tour event for Barber. He earned an exemption into the RSM Classic by claiming medalist honors at the 2018 Jones Cup Invitational in January. Entering the final day of the tournament three strokes off the clubhouse leader, Barber fired a final round 66 that included a 2-under par 34 on the front nine followed up by a 4-under par 32 that included an eagle and three-straight birdies in the closing nine to force a playoff with Theo Humphrey. Barber would go on to win the playoff on the first hole of extra golf.

Barber played in three out of LSU’s four tournaments this fall. His best finish of the fall campaign came at the 2018 David Toms Intercollegiate where he fired a three-round tally of 5-under par 211 (70-73-68) to place third in a field of 72 golfers. The final round 68 is the lowest round of his collegiate career and his average through nine rounds this year is a 73.44.

It will be the fifth tournament for Burns’ debut season on the PGA Tour. Burns registered the best PGA Tour finish of his career in late October at the Sanderson Farms Championship with a tie for third place at 15-under par 273. He is currently averaging 72.71 strokes per round through 10 rounds this season.