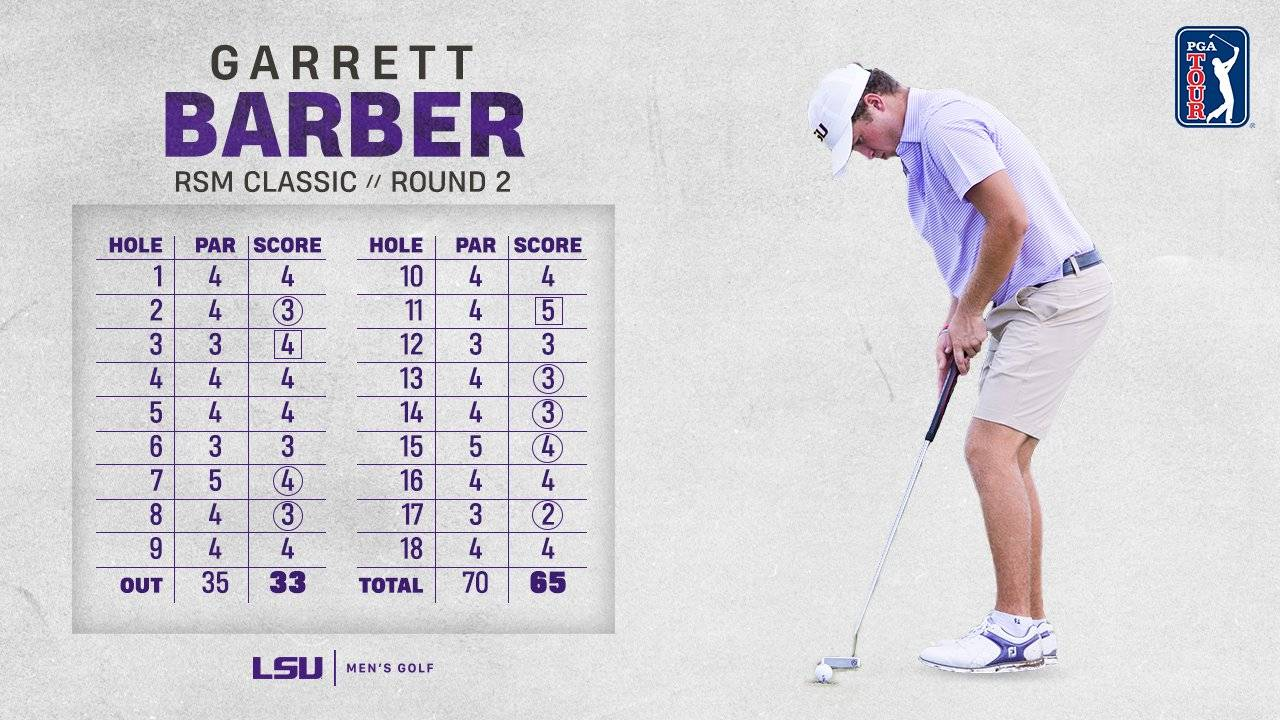 Barber, the only amateur in the field, played his second round on the Seaside Course, a par 70.  Barber quickly got thing started as he hit his approach shot from 116 yards to only one yard on the second hole; he tapped that in for birdie.

After a bogey on the Par 3 third hole, Barber settled down with three straight pars before birdieing the seventh and eighth holes.  On the Par 5 seventh, Barber was 56 yards out for his third shot and showed strong wedge play as the shot landed less than a yard from the pin.  Barber would go on to knock it in for birdie.

Barber kept the momentum going on the Par 4 eighth with another birdie to finish the front nine with a 33 (-2).

Barber started the back nine off with a par on ten, then suffered a setback with a bogey on the Par 4 11th.  After another par on 12, Barber caught fire as he birdied holes 13,14, and 15 to get his round to four under.

Former LSU golfer Sam Burns shot a second round 67 (-5) on the Plantation Course to propel himself up the leaderboard and securing himself a spot to play the weekend as the cut line was two under; Burns is in a tie for 49th at 3-under par 139 (72-67).

Click below for the complete leaderboard and third round tee times: