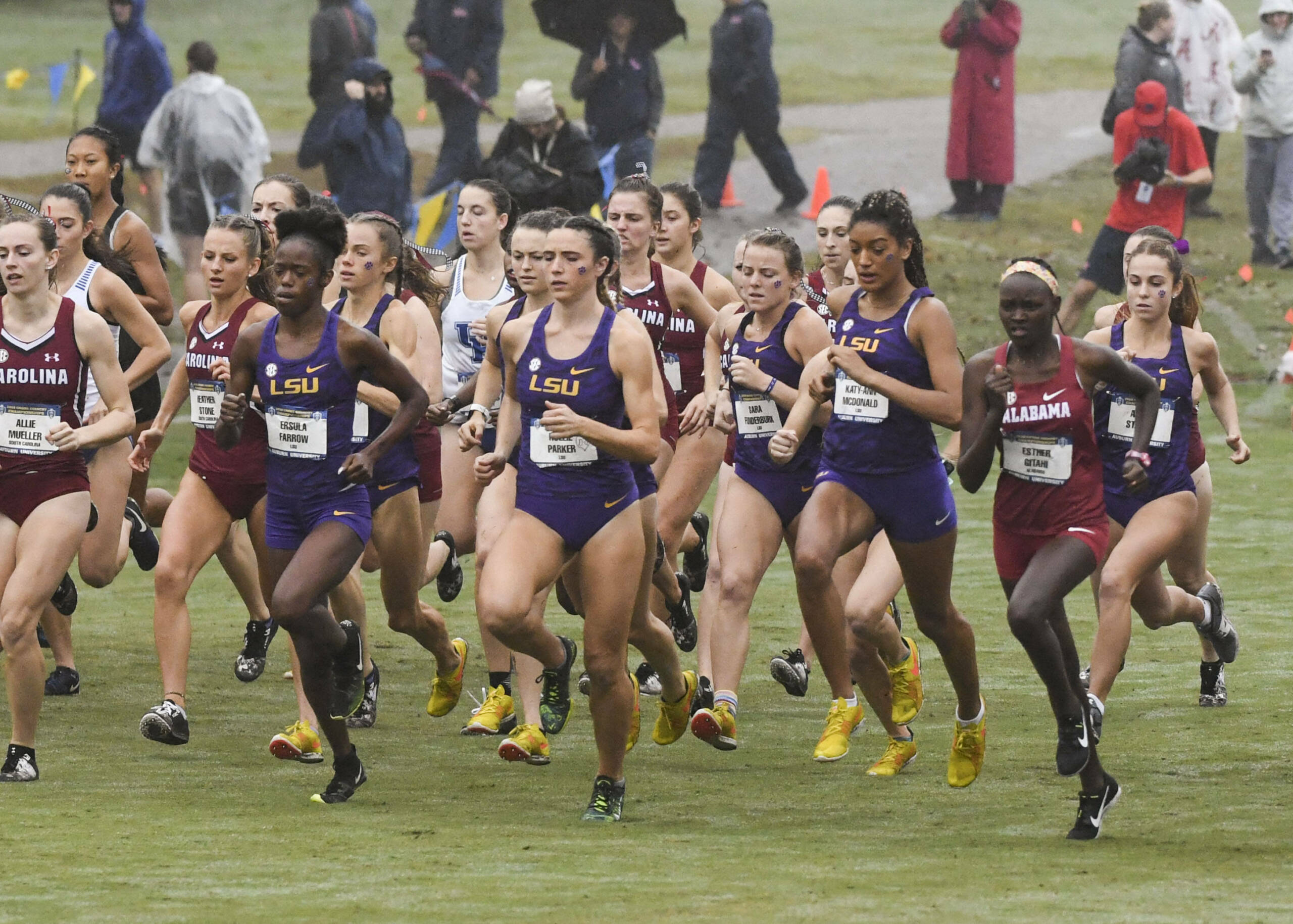 Baton Rouge, La. –  The LSU men’s and women’s cross country teams are returning back to action to compete in the NCAA South Central Regional after a two week break. The Tigers and Lady Tigers are headed to College Station, Texas, for the regional meet at the Dales Watts Course on Friday morning.

The women will start the meet with the 6k race at 9:15 a.m. CT, and the men follow in the 10k race at 10:15 a.m. CT. The top two teams and the first four finishers in the race not associated with those top two teams will advance to the NCAA Championships, held Nov. 17 in Madison, Wisc. This will be the second straight year and third time in the last four years that the South Central Regional has been hosted in College Station.

LSU will be competing amongst 26 other teams including conference opponents, Texas A&M and Arkansas. The No. 5 Arkansas women took home yet another SEC Championship two weeks ago, and they enter the regional meet as seven-time defending champions. On the men’s side, No. 19 Arkansas are looking to claim their sixth consecutive region title. The LSU women enter the meet ranked sixth in the region and the men are ranked 12th.

On the men’s side returning to compete in the regional meet are Eric Coston and Harrison Martingayle, who both will provide experience in the 10k. Coston and Martingayle look to build upon last year’s results as they both respectively finished in 54th and 88th place.

In addition to Coston and Martingayle, the Tigers initial entrants include Adam Wise, Kyle Montgomery, Blake Baldassaro, Thomas Laville Jr., Hayden Courrege and Garrett Hamilton, all six have never competed at the South Central region meet. Of the eight men travelling, only seven will be able to compete on Friday morning.

On the women’s side, returning with experience in the 6k race at the regional meet are Hannah Bourque and Monica Guillot who placed 106th and 136th respectively in the meet last year. Bourque has run this race in each of the last three years.

Julia Palin, the top finisher for LSU at each of its first five meets this season, will make her NCAA Regional debut with hopes of continuing her solid season; she paced LSU at the SEC Championships two weeks ago with a 36th-place finish. Fellow freshman Katy-Ann McDonald will also be making her debut at the regional meet; McDonald was LSU’s second-best finisher at the SEC meet two weeks ago (45th place).

Other entrees for the Lady Tigers for the regional meet include Ersula Farrow, Hollie Parker, Alicia Stamey, Sara Funderburk, and Erika Lewis. Just like the men, only seven of the entrees off of LSU’s roster can compete on Friday morning.