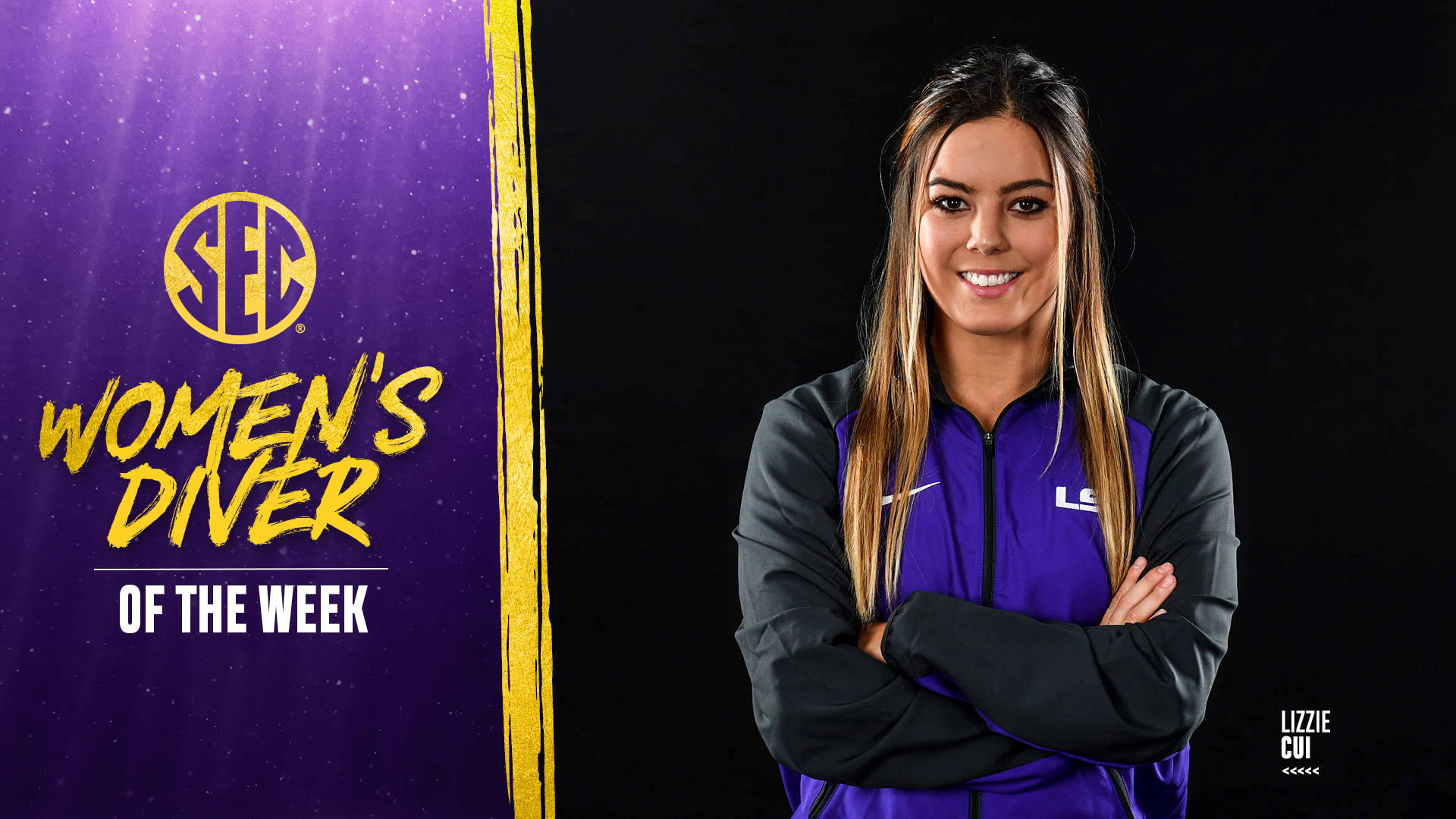 BATON ROUGE – LSU’s Lizzie Cui has been named the SEC Women’s Diver of the Week, the league announced Tuesday.

Cui, a senior from New Zealand, won all four events she participated in this week. In a dual-meet against Kentucky, Cui won both springboard events after scoring 306.45 on one-meter and 319.80 on three-meter. Just three days later, Cui won both springboard events in a double-dual against Tulane and Loyola with scores of 323.10 and 342.30 on one-meter and three-meter, respectively.

With the wins, Cui is now 8-0 this season and 18-0 since the beginning of last season in dual-meet competition.

In addition to this being the second time this season that Cui has earned SEC honors, it is the fifth time she earned SEC Women’s Diver of the Week over her career.

“This is a great honor for Lizzie,” said LSU diving head coach Doug Shaffer. “She is a fierce competitor and always rises to the occasion regardless of the opponent or event.”

Next up for Cui is a trip to Austin, Texas, to compete in the UT Diving Invitational on November 14-16.