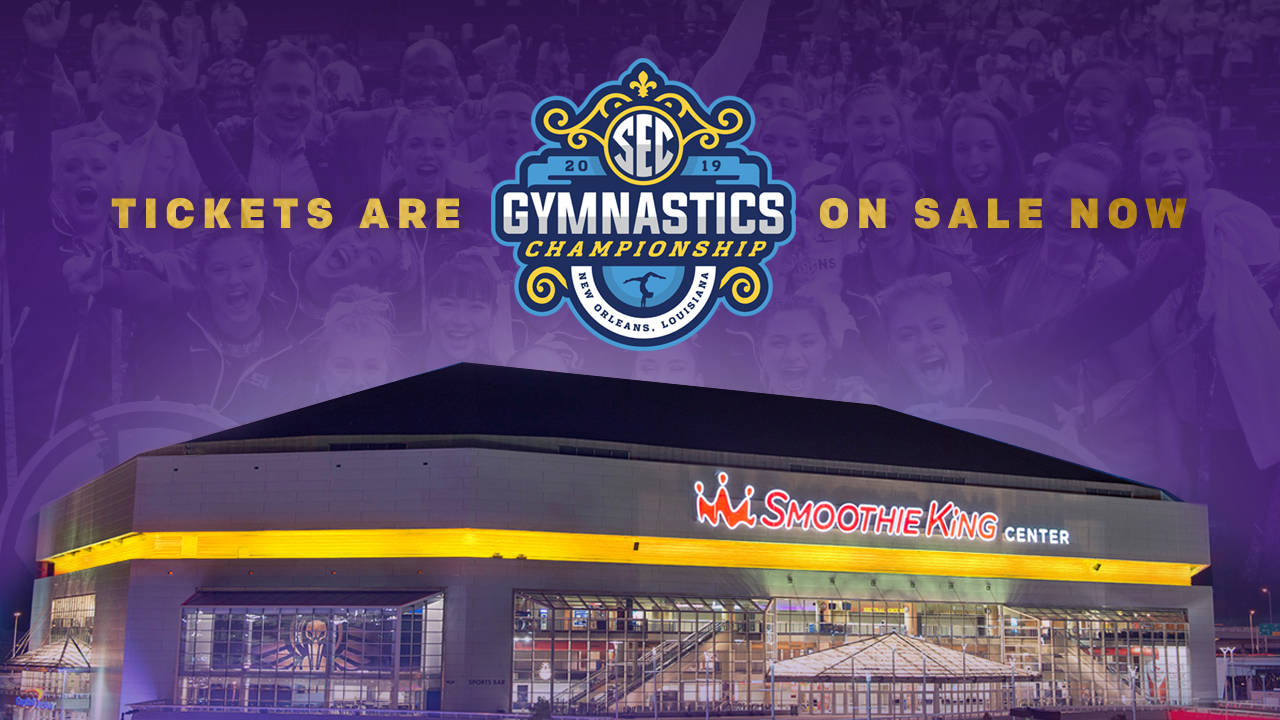 Birmingham, Ala. – The Southeastern Conference announced that all-session tickets will go on sale today for the 2019 SEC Gymnastics Championship, which will be held on Saturday, March 23 at the Smoothie King Center in New Orleans, Louisiana.

This will be the first trip to New Orleans for the SEC Gymnastics Championship. LSU hosted the inaugural SEC Championship in Baton Rouge in 1981, and then again in 1992 and 1998 before the event was moved to neutral sites starting in 2001.

LSU is the reigning SEC regular season and meet champions. The Tigers have won the league’s top crown three times in school history, including the last two seasons. Last season, six SEC programs – Alabama, Arkansas, Florida, Georgia, Kentucky and LSU – were among the 12 teams that competed at the 2018 NCAA Women’s Gym-nastics Championships. This marked the first time in conference his¬tory that six programs from the SEC competed at the NCAA Women’s Gymnastics Championships. All eight SEC programs finished the 2018 season ranked in the top 25 of the National Association of Collegiate Gymnastics Coaches/Women (NACGC/W) poll.