Celaya-Hernandez and Cui Named SEC Divers of the Week 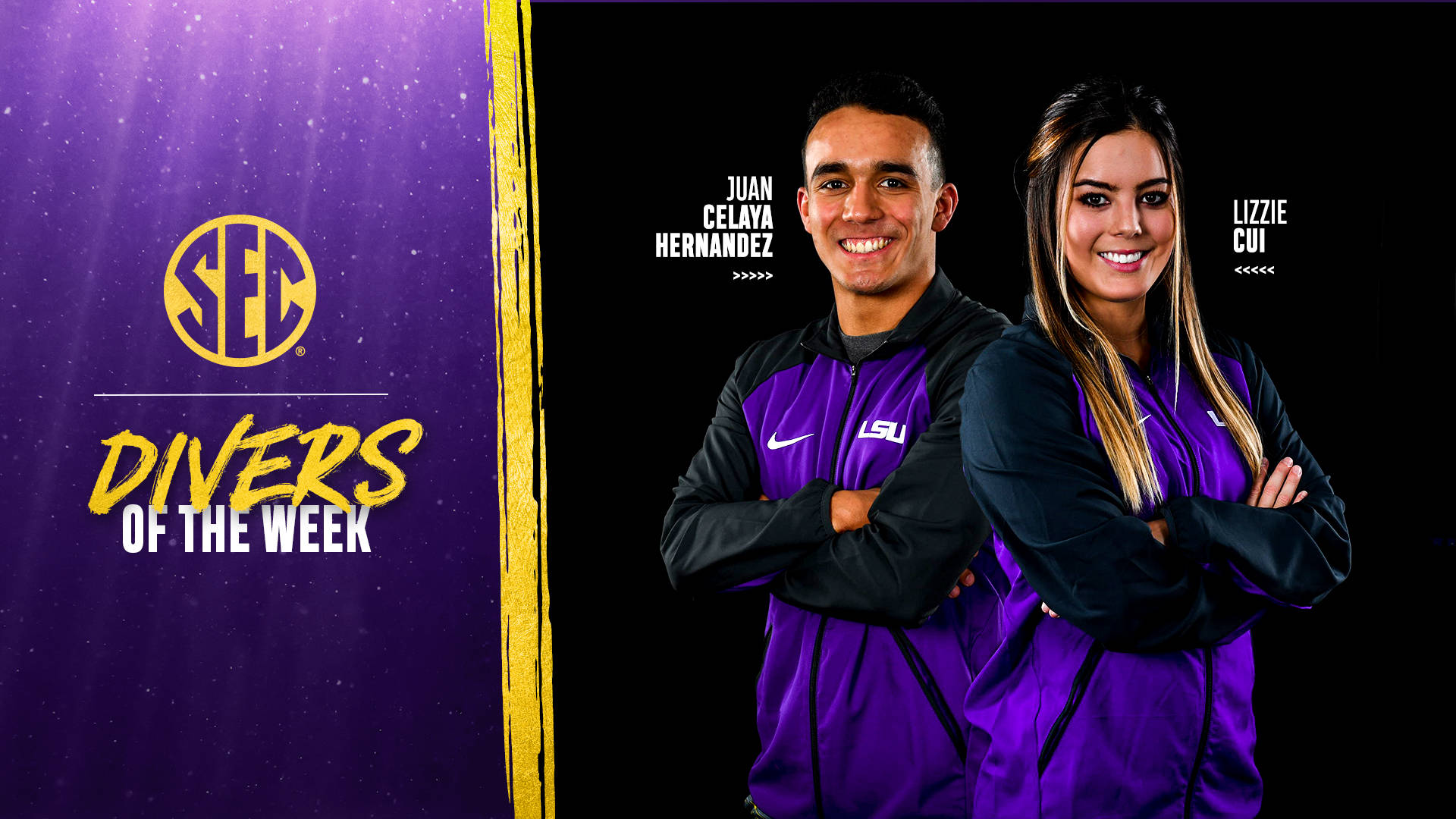 Cui, a senior from Auckland, New Zealand, overpowered by winning both the one-meter and three-meter springboard events. On three-meter, Cui 336.80, winning the event by 33.10 points. Cui also scored a 322.10 on one-meter, winning by a staggering 68.10 points.

“I’m very happy for this start to the season,” said diving head coach Doug Shaffer. “I don’t always know how we will perform this early in the season. Juan and Lizzie competed very well and by setting pool, have left an LSU mark at Navy.”

Both Cui and Celaya-Hernandez will compete in the next dual meet against Florida on Thursday at 4:00 p.m. CT in the LSU Natatorium. For fans looking to attend, admission is free and fans will receive free pizza, team photos, and koozies.