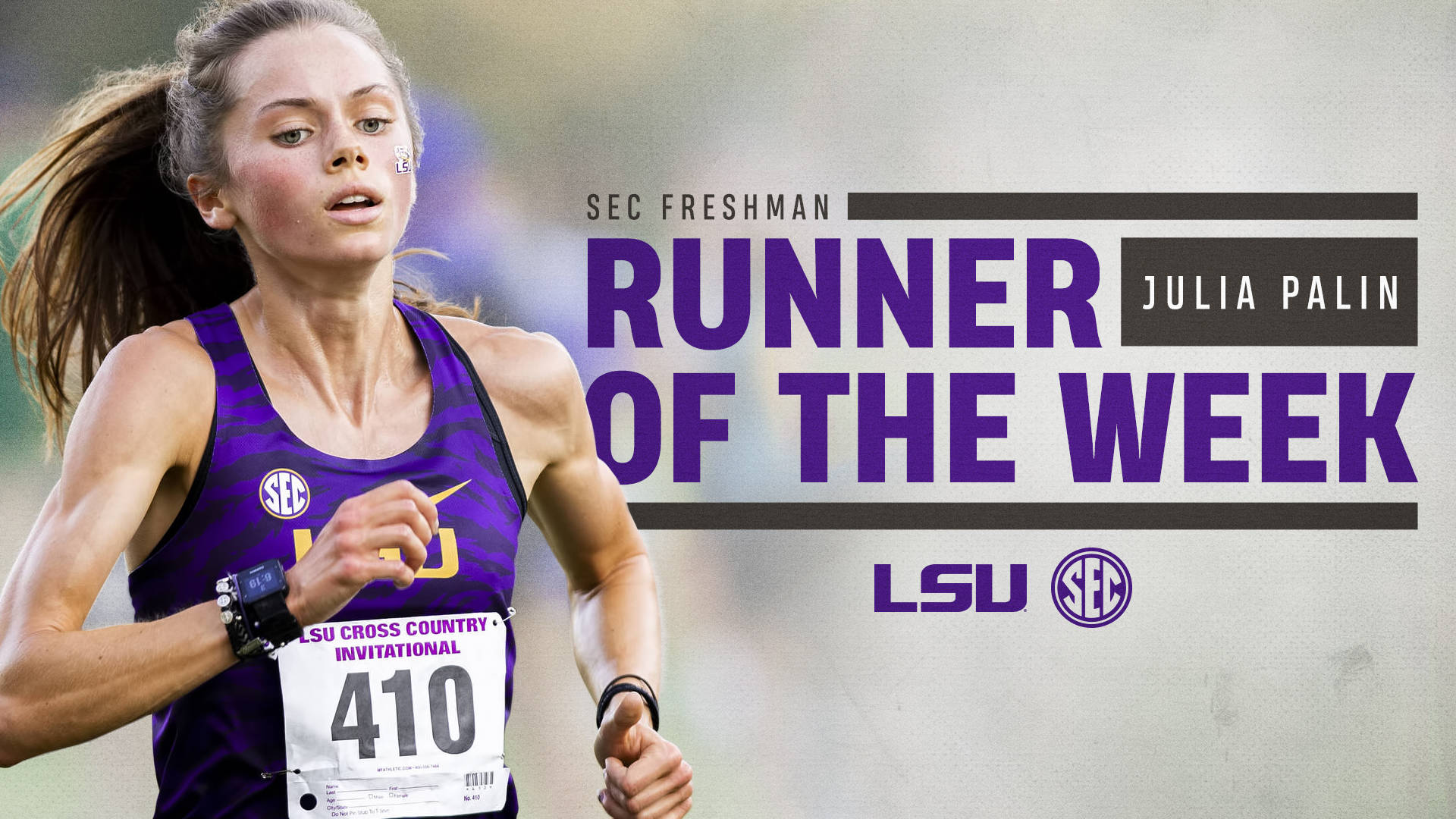 Baton Rouge, La. – Julia Palin was named the SEC Freshman Runner of the Week on Tuesday afternoon after her performance at the LSU Invitational on Saturday (Sept. 15). She becomes the first woman in LSU cross country program history to earn this award.

“Julia has been a huge addition to the program,” head cross country coach Mark Rinker said. “I think she’s helped push the older ladies and she’s been learning on the fly. This is the first cross country season of her career – she’s only run two cross country races in her life. We’re looking forward to seeing her progression throughout the rest of the season.”

A native of Norton, Mass., Palin led the women’s cross team to its second-straight team title on Saturday at the LSU Invitational. She traversed the soggy three-mile course at Highland Park with a time of 18:13.3 to garner silver and become the first collegiate runner to cross the finish line. Her second-place showing helped LSU register a team total of 25 points on its way to securing the team title.

At the first cross country meet of her career in late August, Palin registered a 3k time of 10:13.8 to finish second and help lead LSU to the team title at the McNeese Opener with 29 team points.

The LSU cross country squad is now prepping for the Joe Piane Invitational that will take place in South Bend, Ind., on Sept. 28.