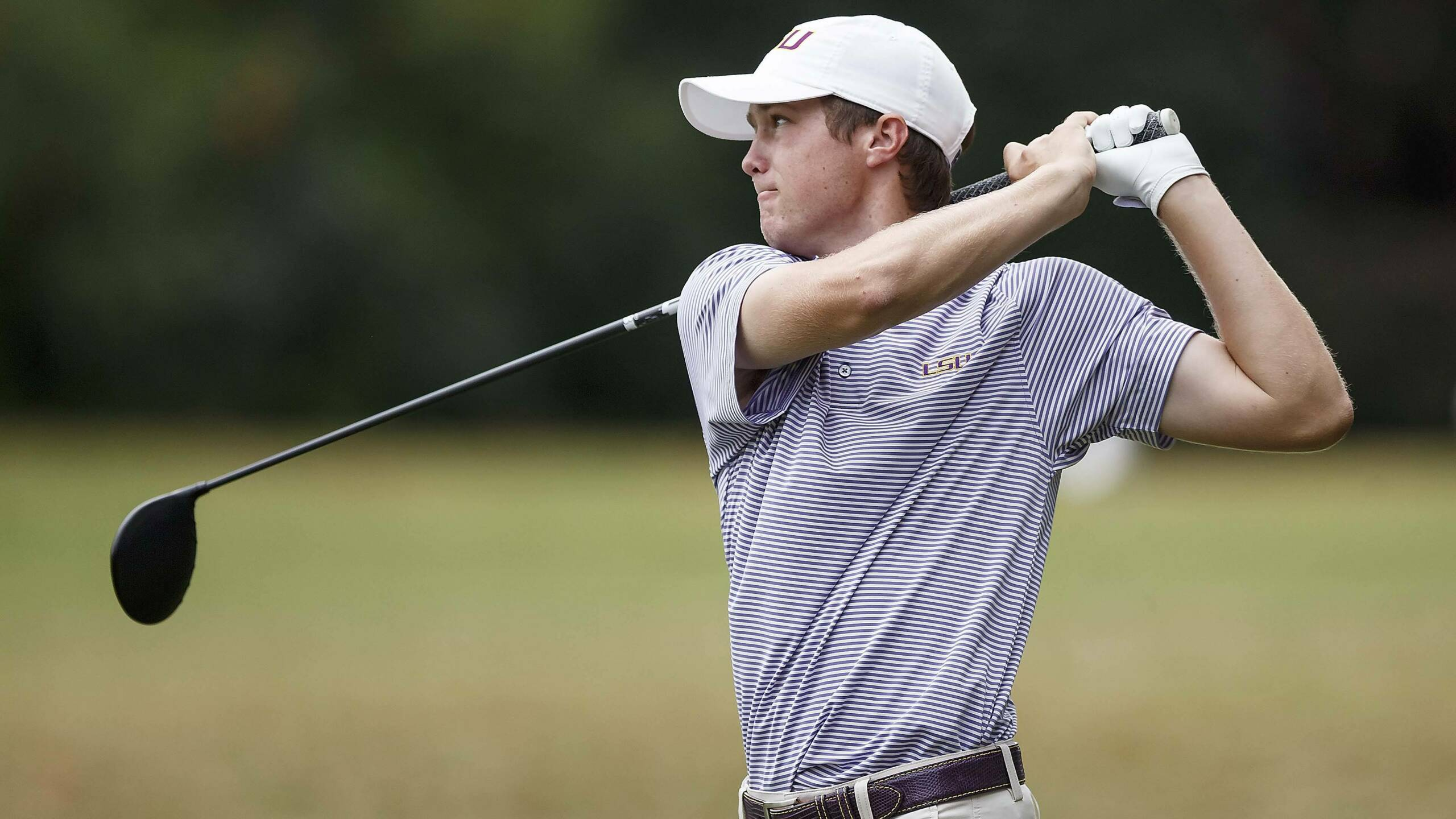 Baton Rouge, La.  – The 9th-ranked LSU men’s golf team is set to open its 2018-19 campaign on Friday with the first of three rounds at the Carpet Capital Collegiate at the Farm Golf Club in Rocky Face, Ga.

The Tigers will play 18 holes each day during the three-day tournament that concludes on Sunday. The Farm will play as a par 72 at 7,012 yards. Live results of the action will be available at golfstat.com.

The Tigers starting five for the weekend will be Nathan Jeansonne, Philip Barbaree, Trey Winstead, Garrett Barber and Michael Sanders.  The Tigers will tee off at 7:45 a.m. CT on Friday morning with Sanders taking his first collegiate swing. He’ll be followed by Barber (7:54 a.m.), Winstead (8:03 a.m.), Barbaree (8:12 a.m.) and Jeansonne (8:21 a.m. CT).

Jeansonne enters his senior season coming off a career-best 72.78 strokes per round during the 2017-18 season. Jeansonne carded two top-10 finishes as a junior and one of those came at the Carpet Capital Collegiate a year ago. He fired a three-round tally of 6-under par 210 to earn a tie for seventh and lead LSU to a fourth-place finish as a team. Barbaree (T41st) and Winstead (T70th) are both familiar with the course as well having played it in 2017 with the Tigers. It will be the first-career collegiate tournament for the freshmen duo of Sanders and Barber.

The Tigers start the 2018-19 season ranked No. 9 in the Bushnell Golfweek Preseason Coaches’ Poll that was released in late August. LSU is one of seven squads in the 15-team field at the Carpet Capital Collegiate that is ranked in the preseason poll. No. 2 Alabama, No. 6 Auburn, No. 7 Georgia Tech, No. 8 Florida, No. 11 California and No. 13 Clemson round out the top 25 teams in attendance. North Florida, South Carolina, Tennessee and Virginia are all receiving votes. As a team LSU has garnered three-straight fourth-place finishes at the Carpet Capital dating back to the fall of 2015.

Senior Luis Gagne is representing Costa Rica at the 2018 World Amateur Team Championship in Dublin, Ireland this week. He shot an opening round 73 on the par 72 Montgomerie Course at the Carton House Golf Club and followed that up with a second round 6-under 67 at the par 73 O’Meara Course. His second round was highlighted by the first albatross of his career on the par 5, 560-yard sixth hole when he holed out his second shot from 215 yards out. He’ll play his final two rounds at the tournament on Friday and Saturday. After 36 holes of play Gagne is tied for 31st.

Postseason play begins on April 24 with the SEC Championship in St. Simons Island, Ga. NCAA Regionals will be held from May 13-15 at sites to be determined, and the NCAA Championship will be hosted in Fayetteville, Ark., beginning on the 24th of May.