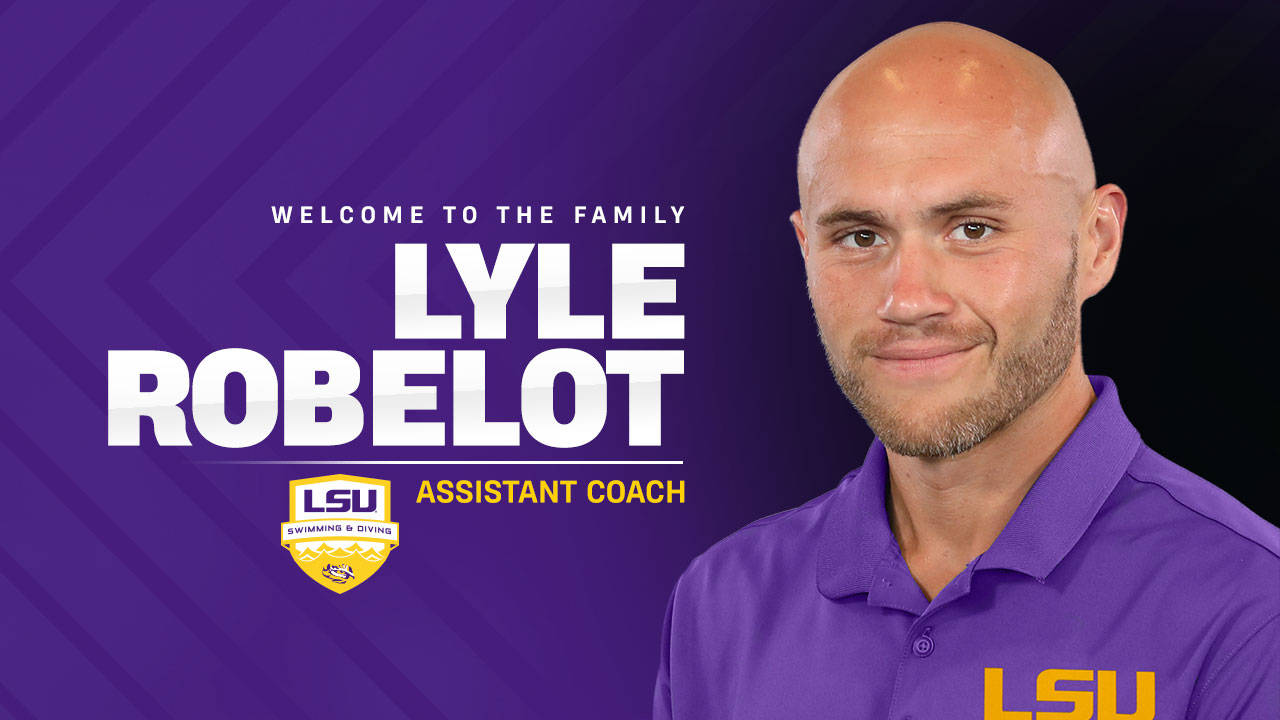 “I’m glad we were able to close out our hiring process with Lyle and bring him back home to LSU,” said swimming head coach Dave Geyer. “This is something we’ve talked about in the past when he was a volunteer. The opportunity was right, and he wanted to come home. He was the first name out of my mouth when we started this process.”

Robelot will become the program’s third assistant coach after spending last season in the same role at Tulane.

During the 2017-18 season with the Green Wave, Robelot helped the swimmers break or tie eight school records and earn six medals at the AAC Championships.

Prior to his time at Tulane, Robelot spent the 2016-17 campaign as a volunteer assistant at NC State, where both the men and women took home the ACC Championships.

From 2014-16, Robelot worked as an assistant coach at Nova Southeastern University. In his two seasons there working with sprinters, Robelot helped the team break 33 of the program’s 38 records. Nine swimmers also won individual national championships.

Robelot was on staff with the Tigers from 2012-14 as a volunteer assistant, working mainly in videography. The Baton Rouge native also served as the head swimming coach at St. Joseph’s Academy for two seasons, leading the Red Stickers to a state championship during his tenure. He was also named the CCSL Women’s Coach of the Year in 2010 and 2011.

“It is like a dream come true to be back home,” said Robelot. “It’s still a little surreal to be on the deck where I swam summer league and where I started coaching college. It just means so much. It’s still kind of sinking in and feels a little surreal but now that we’re getting going and things are moving. It’s awesome.”

Robelot has earned two degrees from LSU; a bachelor’s in kinesiology and a master’s in exercise physiology. The Baton Rouge native is a McKinley High School graduate.