Tigers Begin Season Ranked No. 9 in the Nation 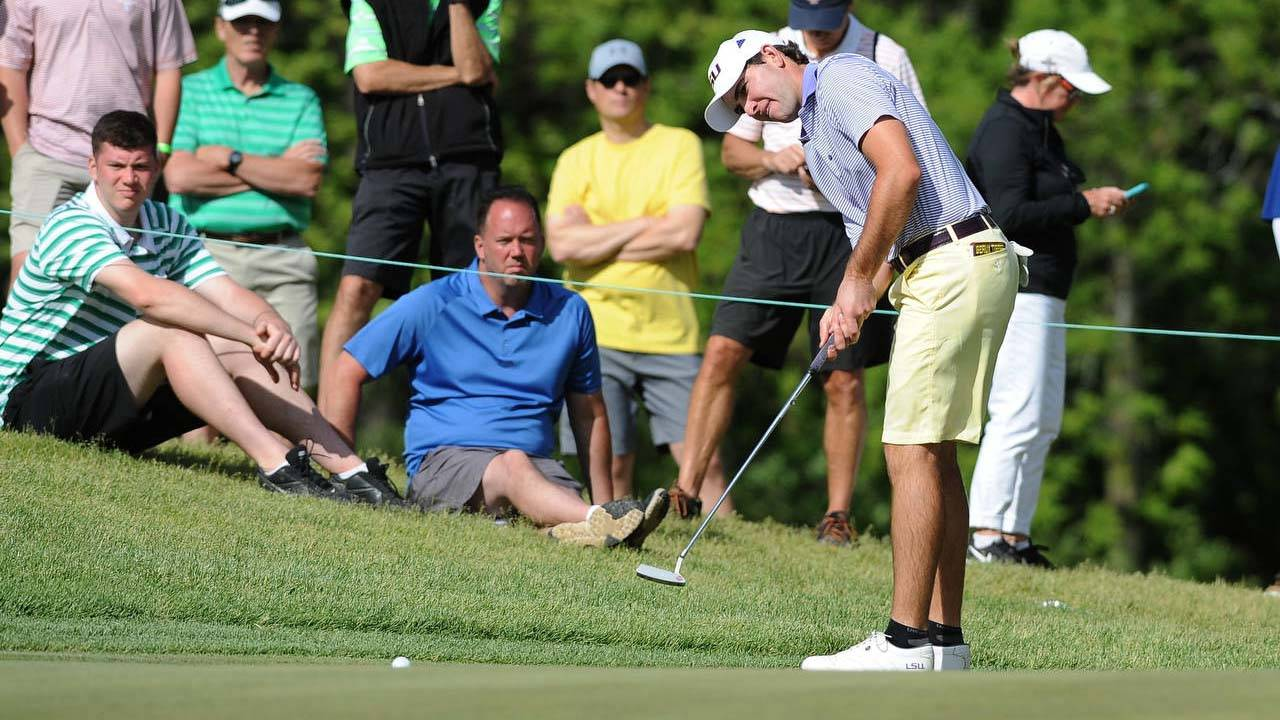 Baton Rouge, La.  – The Bushnell Golfweek Preseason Coaches’ Poll was released on Friday and the LSU men’s golf team checked in at No. 9 in the initial rankings. Head coach Chuck Winstead enters his 14th season at the helm of the Tigers.

“I’m excited to get out there with this group and see what we can accomplish,” Winstead said. “We have a good mix of experienced returners to go along with some very talented freshmen. Our schedule will challenge us on a tournament by tournament basis and we are looking forward to it.”

The Tigers are scheduled to tee it up at nine tournaments during the regular season that stretches from September to April. LSU will get the season started with the Carpet Capital Collegiate in Rocky Face, Ga., Sept. 7-9 before heading to Scottsdale, Ariz., for the Maui Jim Intercollegiate (Sept. 21-23). The annual David Toms Intercollegiate will take place at the University Club Oct. 6-7; LSU has won the last four team titles at their home event. The fall schedule will wrap up with a trip to Windermere, Fla., for the Tavistock Collegiate Invitational that will be held at the Isleworth Golf & Country Club.

The spring portion of the 2018-19 slate will commence in February with the playing of the The Prestige at PGA West on Feb. 18-20. The Tigers will then travel out of the country to go play in the Querencia Cabo Collegiate (March 3-5) in Cabo San Lucas, Mexico, at the Querencia Golf Club. Following that, LSU will close out regular season play with three tournaments in a one month span; they will travel to the Valspar Collegiate Invitational (Palm City, Fla./March 17-19), Aggie Invitational (Bryan, Texas/April 6-7) and Shoal Creek Invitational (Shoal Creek, Ala./April 15-16).

The SEC Championship will take place once again in St. Simons Island, Ga., from April 24-28. After that tourney, the Tigers will await their seeding and destination for the NCAA Regionals that will start on May 13 and run through May 15. The NCAA Championships will be hosted in Fayetteville, Ark., in 2018 at The Blessing Golf Club from May 24-29.

LSU returns four of its top five stroke play averages from a year ago and the Tigers will be led by three-time All-American Luis Gagne. A senior for the 2018-19 season, Gagne had the second best season in LSU program history in regards to stroke play average (71.16) as a junior. He was the co-medalist at the 2017 David Toms Intercollegiate with a two-round tally of 4-under par 140. He helped LSU win the stroke play portion of the SEC Championship with a third-place finish in stroke play at 3-under par 207.

Gagne’s stellar year continued throughout the summer where he earned a share of low amateur honors at the 2018 U.S. Open with a four-round total of 16-over par 296; in that tournament, he tied the likes of 2018 PGA Tour winners Phil Mickelson and Brandt Snedeker. Gagne’s summer also featured a trip to France for the Arnold Palmer Cup and he was one of five Tigers on the 2018-19 roster to compete at the U.S. Amateur Championship in Pebble Beach, Calif.

Trey Winstead returns for his sophomore season after he registered the second best stroke play average for the Tigers a year ago with a 72.08 average. The 72.08 was the 18th best in program history. Philip Barbaree, a 2018 PING Southeast All-Region honoree, and Winstead, a 2018 All-SEC Freshman performer, tied Gagne for the team lead with five top-10 finishes a season ago. Nathan Jeansonne returns for his senior season after tallying a career-best 72.78 stroke average during the 2017-18 season. Returnees Carter Toms (2018 U.S. Amateur Championship qualifier) and Drew Gonzales along with the new crew of freshmen – Garrett Barber, Michael Sanders, Hayden White and Chris Woollam – round out the competition roster for the season.