Gagne Advances to Round of 32 at U.S. Amateur 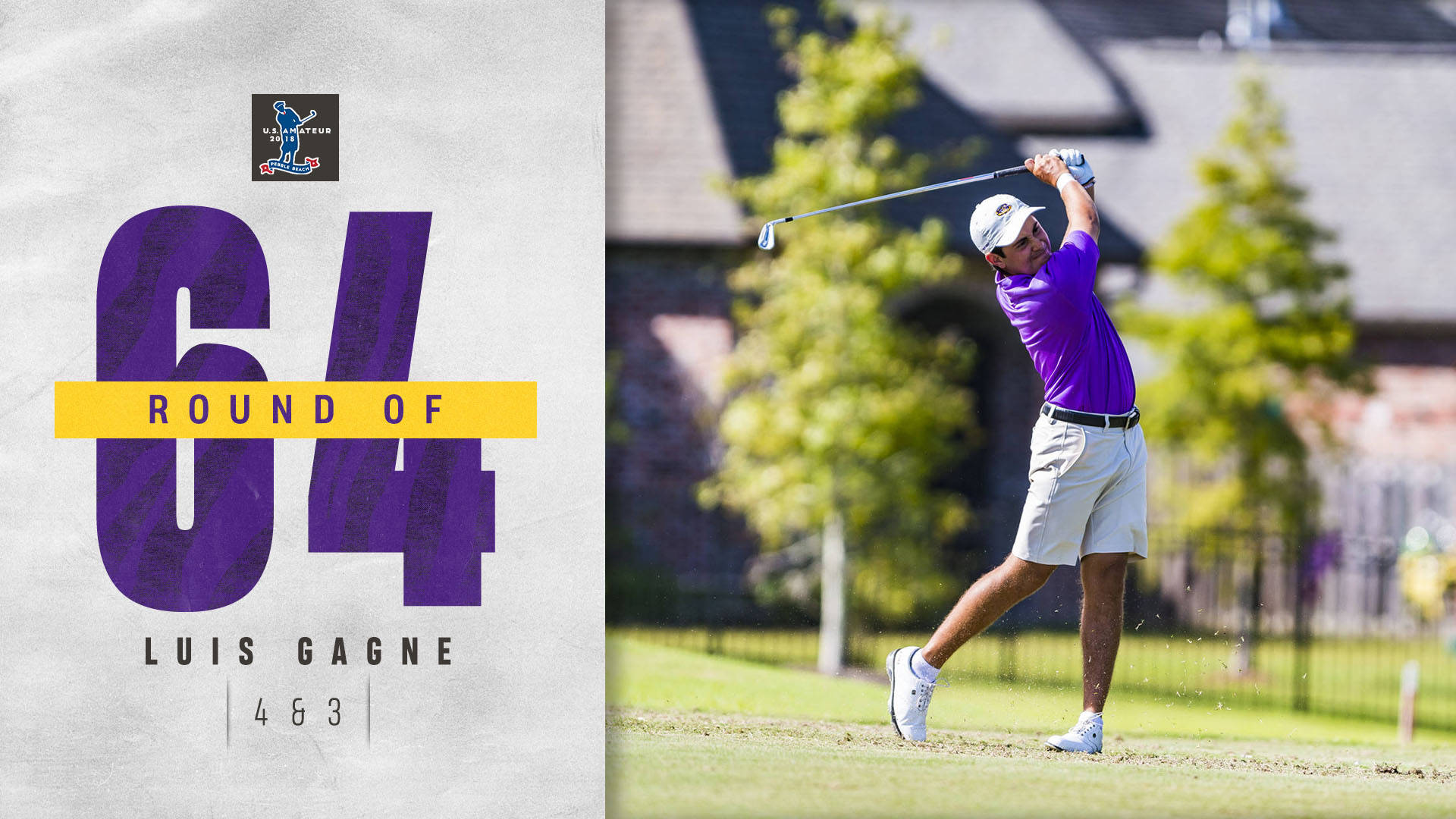 Pebble Beach, Calif.  – The 46th-seeded Luis Gagne used a tactical game plan to dismantle the No. 19 seeded Tyler Strafaci in the first round of match play at the 118th U.S. Amateur Championship on Wednesday afternoon at Pebble Beach.

Winning by a final tally of 4&3, Gagne won six holes in the 15-hole match against Strafaci. He won two out of the first three holes with a par on the par 4 second hole followed by a birdie at the par 4 third to extend his lead to two, and he never looked back. After the eighth hole, the Costa Rica native had a four-hole lead. After dropping his first hole of the match on the ninth hole, the rising senior responded by parring the par 4 10th hole to push his lead back to four. Gagne and Strafaci would each go on to win one more hole apiece before the match came to a halt after the 15th hole with Gagne up four. Gagne, who is no stranger to the U.S. Amateur and was a 2016 U.S. Amateur Championship quarterfinalist, will play his Round of 32 match on Thursday against No. 14 seeded Austin Squires at 12:10 p.m. CT. If Gagne wins that match against Squires, he will play in the Round of 16 on Thursday evening. FS1 will have the coverage of the Round of 16 matches beginning at 6 p.m. CT.

The odds were not in favor of Trey Winstead with five holes left to play, but he didn’t let that deter him from making a phenomenal comeback to force extra holes. After falling behind by four holes with five left to play, Winstead birdied four of the final five holes to even the match up at all square following the 18th hole. Raul Pereda wound up prevailing on the 23rd hole of the match when he parred the par 3 5th hole.

Jacob Bergeron was a long shot to make it to match play in the first place. Following the end of stroke play on Tuesday night, Bergeron was one of 24 golfers tied at 4-over par vying for one spot. A playoff was held on Wednesday morning and Bergeron was one of two golfers to birdie the par 3 17th hole. Bergeron wound up outdueling Peter Kuest on the par 5 18th with a bogey while Kuest made a triple bogey. Fast forward a couple hours later and Bergeron was taking on the co-individual medalist of stroke play, Daniel Hillier. Bergeron got off to a quick start by winning two of the first three holes, but Hillier stormed back and won the match by a final score of 3&2.