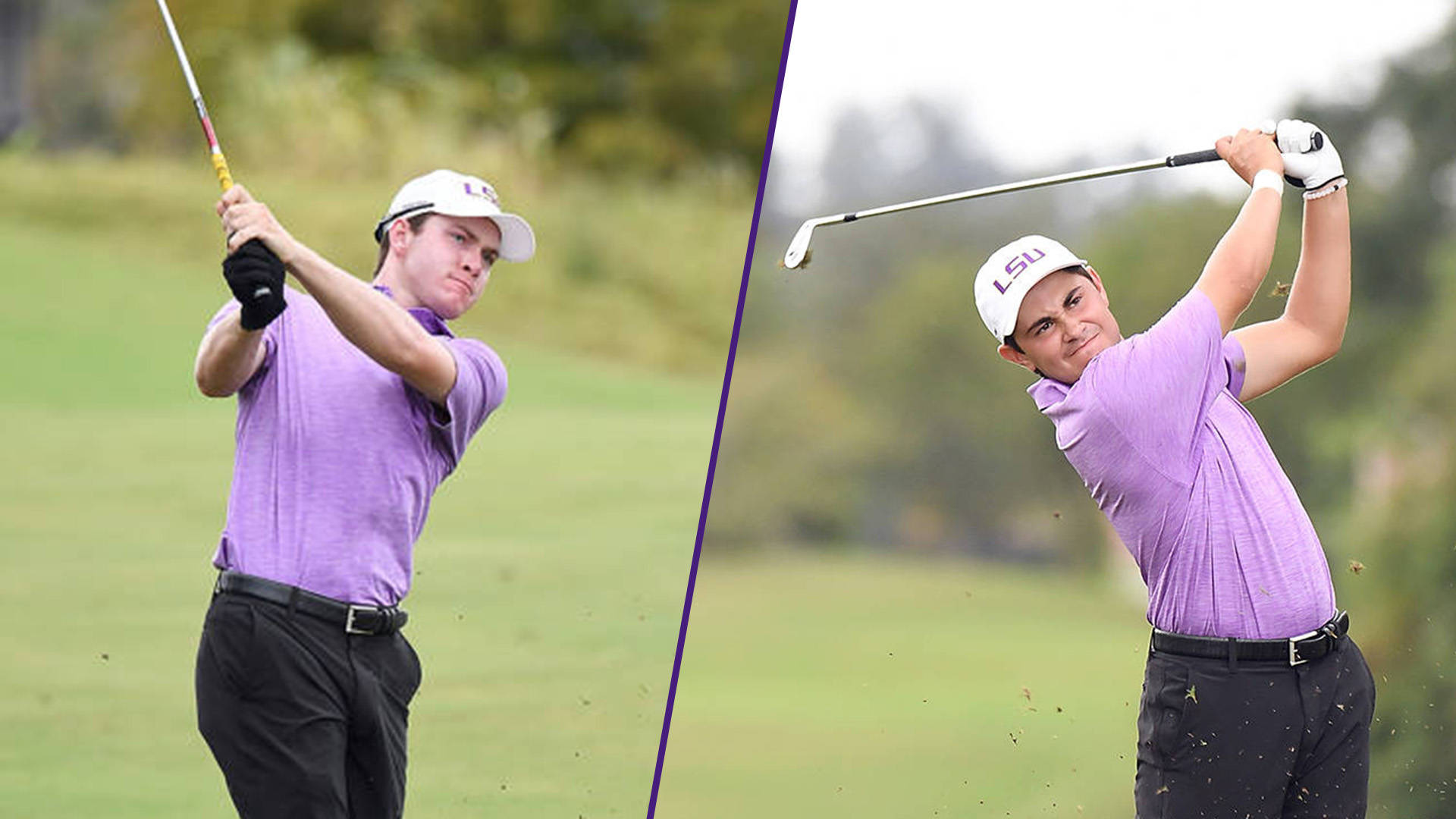 Baton Rouge, La.  – The dream lives on for two LSU men’s golfers as Trey Winstead and Luis Gagne both made the 36-hole cut at the 118th U.S. Amateur Championship on Tuesday.

Winstead finished the stroke play portion of the tournament in a tie for 36th at 2-over par after rounds of 71 (even par) and 74 (2-over) at Pebble Beach and Spyglass Hill, respectively. Gagne, who found himself in a tie for 104th after 18 holes, fired a second-round tally of even par 72 to propel himself inside the cut line in a tie for 46th. Gagne used a balanced scorecard that featured four birdies, 10 pars and four bogeys to shoot his even-par round at Spyglass Hill.

Winstead will be taking on Raul Pereda in match play at 11:40 a.m. CT on Wednesday, and Gagne will face off against Tyler Strafaci at 3:20 p.m. CT.

Every golfer in the 312-man field was looking for one of the coveted top-64 spots to make the cut and LSU’s Jacob Bergeron landed right on the number, so he remains alive to make the match play bracket. Bergeron finished in a tie for 64th place, so he will take part in a 24-man playoff beginning at 9:30 a.m. CT on the 17th hole of Pebble Beach on Wednesday morning.

UPDATE: Bergeron outdueled Peter Kuest on the 18th hole to earn a spot in the Round of 64 match play on Wednesday. Bergeron and Kuest were the only two players in 24-man playoff to birdie the par 3 17th hole. On the 18th, Bergeron made a six on the par 5 to advance while Kuest finished with in triple bogey. Bergeron will take on the co-medalist from stroke play, Daniel Hillier, at 4:10 p.m. CT.

Those 24 guys will be playing for one spot and once that is finished, the match play pairings for the Round of 64 will start play at approximately 11 a.m. CT.