Six Tigers to Tee It Up at the U.S. Amateur 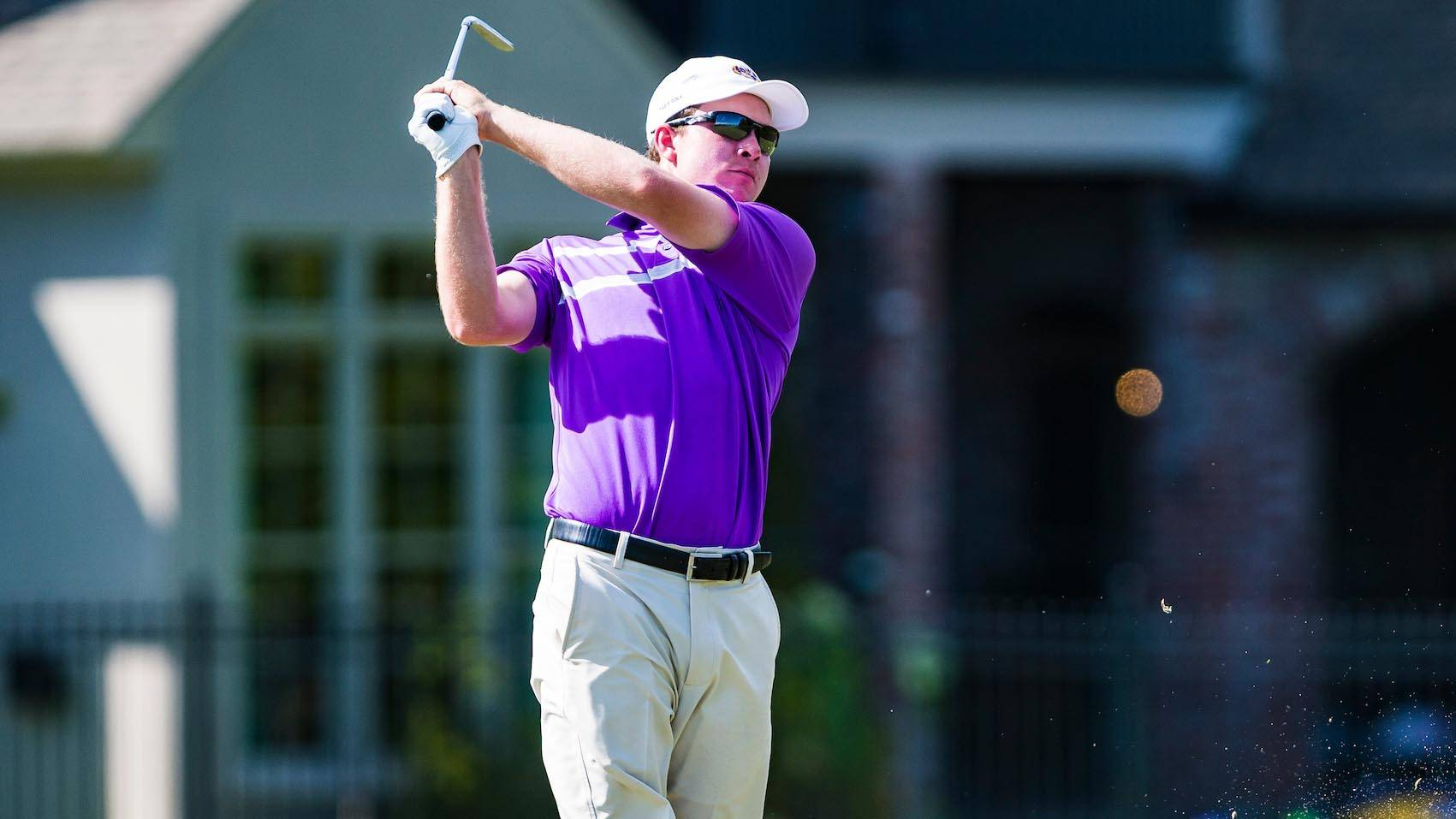 Baton Rouge, La.  – There will be a strong presence of Purple and Gold at next week’s 118th U.S. Amateur Championship (Aug. 13-19) in Pebble Beach, Calif. Five current LSU golfers – Luis Gagne, Jacob Bergeron, Philip Barbaree, Trey Winstead and Carter Toms – will be joined by incoming freshman Garrett Barber at the strongest amateur event of the year.

The seven-day event that features that best amateurs in the world will have 312 entrants, which is twice the size of the U.S. Open. The first two days (Monday and Tuesday) will feature 36 holes of stroke play before the field is narrowed down to 64 players. Once the field is cut to 64, the final five days of the championship will consist of match play. Stroke play rounds will be played at Pebble Beach and Spyglass Hill, while the match play portion of the tournament will take place solely at Pebble Beach.

In case you missed it, LSU had four representatives advance to the 2018 U.S. Open by winning sectional qualifiers in early June. Three of those guys – Gagne, Bergeron and Barbaree – are still amateurs and members of the LSU men’s golf team. Since they qualified for the U.S. Open, those three were fully exempt into the 2018 U.S. Amateur Championship. Gagne went on to shine bright at the U.S. Open as he garnered a share of the low amateur honor with a four-round total of 16-over par 296.

Gagne is coming off the second-best season in LSU history as a junior. The third team PING All-American averaged a career-best 71.16 strokes per round during his third season as a Tiger; the 71.16 strokes per round is the second best total for a season in program history. Barbaree and Bergeron were heavy contributors to the 2017-18 LSU squad as they competed in every single tournament. Barbaree carded five top-10 finishes on the season to go along with a stroke average of 72.19, while Bergeron finished in the top 10 four times to finish with a 72.57 stroke average per round.

Trey Winstead, a soon to be sophomore, and Carter Toms, a soon to be junior, both grinded their way to the 118th U.S. Amateur by winning their respective U.S. Amateur qualifiers. In early July, Toms shot a two-round total of 4-under par 138 (70-68) at the East Ridge Country Club in Shreveport, La., to share medalist honors and earn his spot to Pebble Beach. Winstead was absolutely dominant at his qualifier at the Westwood Country Club in St. Louis as he stormed to a seven-stroke victory over the rest of the field with rounds of 63 and 64 to finish at 15-under par.

The sixth and final Tiger representative heading to Pebble Beach will be incoming freshman Garrett Barber. The 2018 All-USA Boys Golfer of the Year paved his way to the most competitive amateur event in the world by owning a top 50 World Amateur Golf Ranking at the cutoff date. In May, Barber teamed up with fellow amateur Cole Hammer to win the U.S. Amateur Four-Ball title in Tequesta, Fla., at Jupiter Hills Club.

The most up to date information for the 2018 U.S. Amateur Championship can be found at usga.org. Running Wednesday through Friday, the match play action will be aired on FS1. Once the round of four action begins on Saturday, the coverage will move over to FOX.