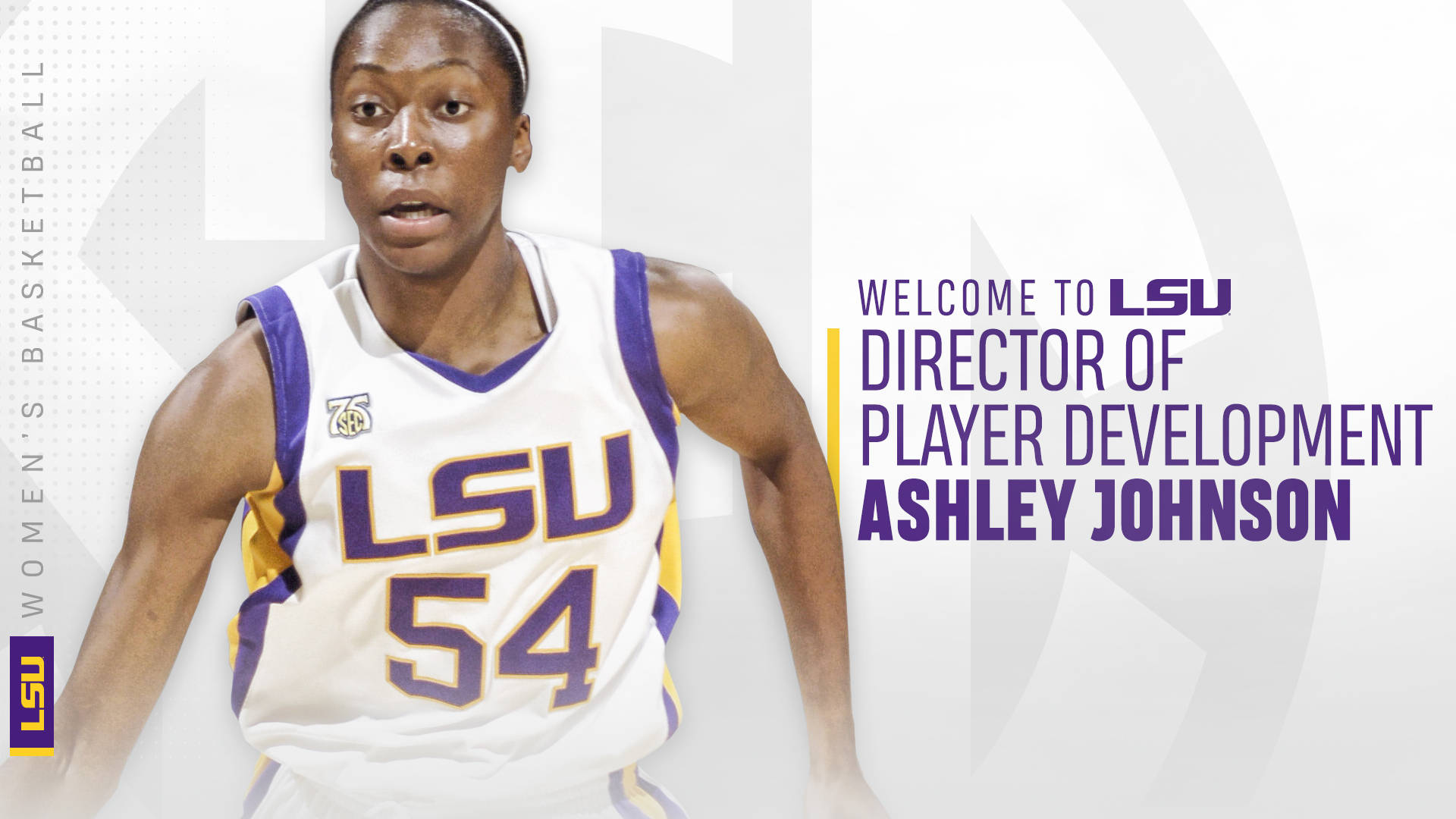 “We are excited to welcome Ashley Johnson back to LSU,” said Fargas. “As a member of the LSU family, she is the perfect fit for our staff, our team, and the Baton Rouge community. Ashley understands the expectations and the demands of being a student-athlete at LSU. She’s dedicated and disciplined which is a winning combination that we welcome. I look forward to her assisting us as we continue to build our player development around everything that LSU has to offer.”

In her new role, Johnson will serve as the staff liaison with the Cox Academic Center for Student-Athletes and assist with student services, community service and alumni relations.

Johnson, a native of Stone Mountain, Georgia, was a four-year letterwinner for LSU from 2004-08, starting 92 games during her career. She was named a recipient of a 2008-09 Ethnic Minority and Women’s Enhancement Postgraduate Scholarship for Careers in Athletics given annually by the NCAA and earned academic honors from the Southeastern Conference in all four seasons of her collegiate career. In addition to the Women’s Final Four appearances, LSU won three SEC championships during her playing career and compiled the winningest class in program history with a record of 125-21. She served as a team captain during her junior and senior years.

“I am excited to be joining the LSU women’s basketball staff and returning to Baton Rouge,” said Johnson. “I would like to thank Coach Fargas for giving me the opportunity to serve the program, University, and community that has given me so much. I am looking forward to sharing my experience as an LSU Lady Tiger with the current players and making an impact wherever I can.”

After graduation, Johnson spent two seasons as a graduate assistant on the LSU staff before taking a position in Northrop Grumman’s highly competitive Information Systems Business Management Professional Development program. After three years with Northrop Grumman, Johnson took a management position with Points of Light in Atlanta in 2013 and began her coaching career at her alma mater, Stephenson High School, as an assistant coach.

She moved to the collegiate level in June 2014 as the director of program development for the women’s basketball team at UCF and earned her first coaching job at Winthrop University in Rock Hill, South Carolina in June 2016.

Johnson earned her bachelor’s degree in marketing with a minor in sports studies in 2008 and her MBA in 2010. She has a daughter, Ava (3).

This Week: An update on the nationally-ranked men’s and women’s basketball squads; a report on the gymnastics team’s battle to overcome COVID-19 obstacles; a look at football offseason workouts; a recap of the baseball First Pitch Banquet; and a spotlight on the work of LSU researchers to discover treatments for COVID-19.
Skip To Main Content