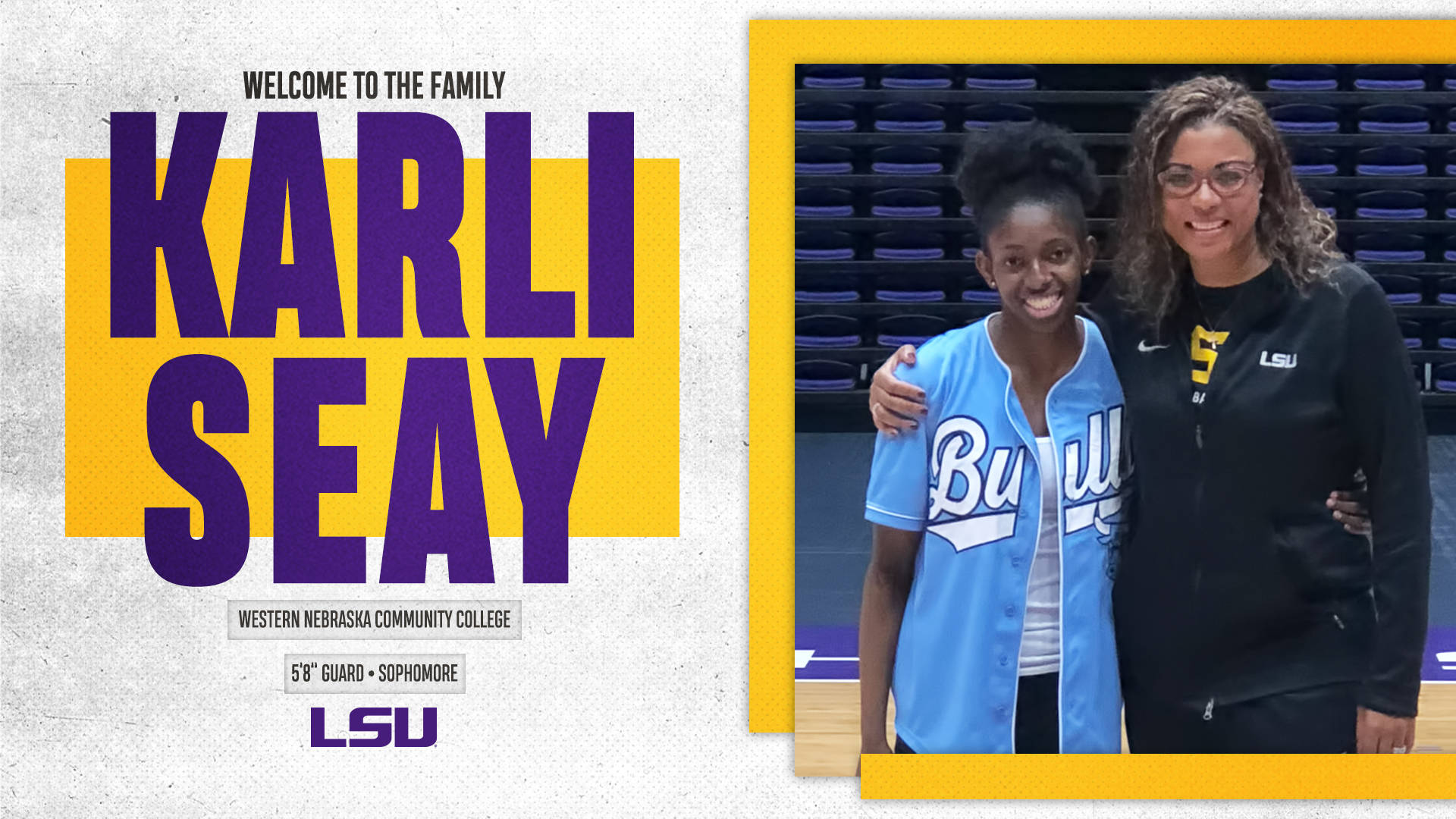 “I’m excited about having Karli as a part of the Lady Tiger family,” said Fargas. “Karli brings a lot to the table with her scoring ability and aggressive defending. She is also a high character young woman on and off the floor.”

Seay is a 5-8 guard from Flossmoor, Illinois. She is transferring into LSU from Western Nebraska Community College in Scottsbluff, Nebraska, where she earned All-Region IX South Team honors as a rookie. Seay will have three years of eligibility left.

As a freshman in 2017-18, Seay averaged 14.3 points, 4.9 assists and 2.9 rebounds per game for the Cougars. WNCC earned an at-large bid to the NJCAA national tournament in Lubbock, Texas, where Seay scored 33 points in the First Round game against Tallahassee Community College.

In the Region IX championship game against Casper College, Seay scored 30 points and dished out four assists. During the regular season, she scored a career-high 48 points in a 92-81 win at Eastern Wyoming College. Her 48 points set a WNCC single-game record that had stood for 39 seasons.

Seay prepped at Homewood-Flossmor High School. She is the daughter of John and Kim Seay and is interested in studying sports medicine.