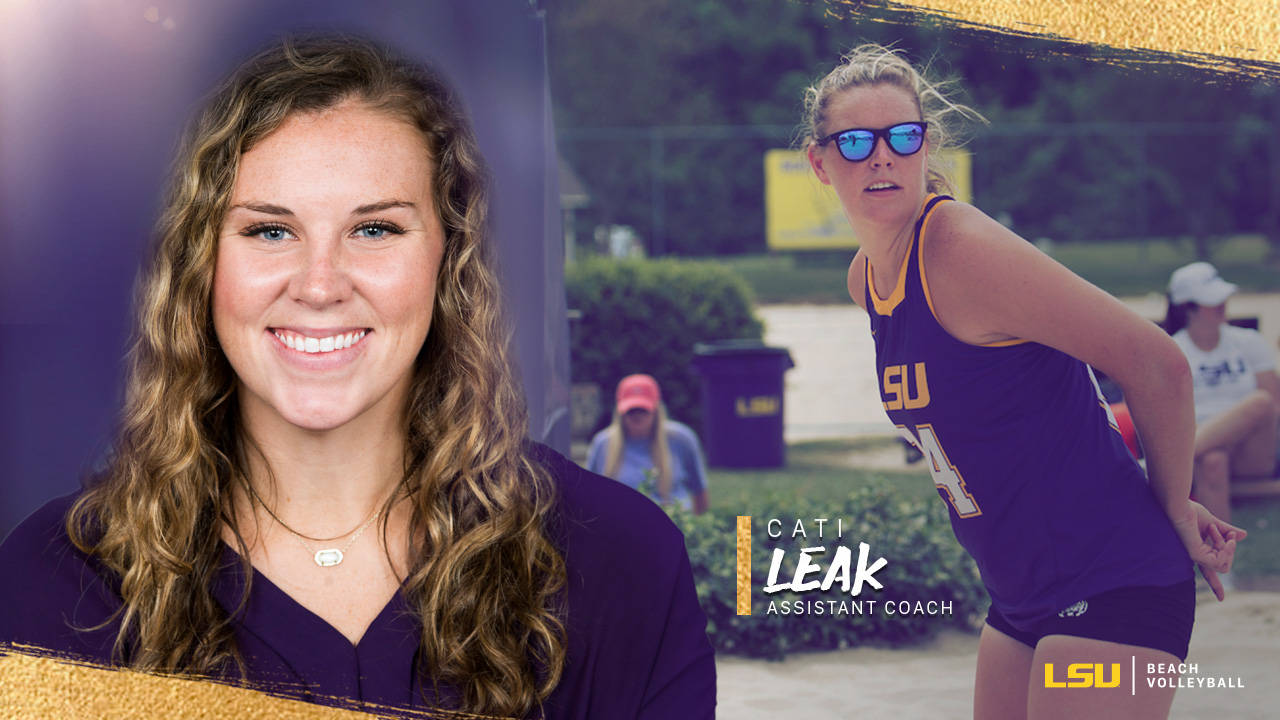 BATON ROUGE – Cati Leak, who helped lead the LSU beach volleyball team to its first appearance at the NCAA Championship in 2017, has returned to the squad as an assistant coach, LSU coach Russell Brock announced on Thursday.

“We couldn’t be more excited to get Cati on board with our program,” said Brock. “She is someone who intimately knows who we are and what we expect.  Her ability to hit the ground running with our system is invaluable.”

Leak returns to LSU after helping to lead both the volleyball and women’s basketball teams as an assistant coach at the University Lab School in Baton Rouge to semi-final appearances at the state championships during the 2017-18 school year.

“I’m excited to be back with my family again,” said Leak. “Russell and Fran (Flory) have always cared for us as individuals and because of that have made us understand what it means to fight for your family and this university. Learning that as a player and now having the opportunity to pass that into the next generation of Tigers is something that cannot be passed up.”

A four-year starter in both indoor and beach volleyball for the Tigers, the Guntersville, Alabama native started on the court in 2012 and would help lead the Tigers to back-to-back NCAA Championship appearances in 2013 and 2014. She was named All-SEC following her junior season and finished her impressive indoor career with more than 1,000 digs and kills.

In the sand, Leak helped build the program from the ground up, joining the team in its first year of existence in 2014. Over the course of four seasons, Leak improved her win total from eight in the first year to 26 in her final season. Her 73 victories stand as the second most in the young history of the program. In her final season in the sand, Leak helped lead the program to national prominence in 2017 as it earned its first birth to the NCAA Championship.

Leak will take on roles with recruiting along with developing training and practice plans. She will take on tasks at the administrative level as well, helping out with compliance, travel, equipment and academic oversight. Leak’s recent success in the sport of beach volleyball gives her a unique perspective in coaching and it will be a huge advantage for the Tigers.

A member of the 2013 SEC First Year Academic Honor Roll, Leak earned both her Bachelor’s (2016) and Master’s (2018) degrees from Louisiana State University.

“Cati is passionate about our program and actively pursued this opportunity,” Brock added. “I can’t wait to see how she influences our players and helps them actualize their highest potential.  She is a perfect fit and I have no doubt that she will excel.”