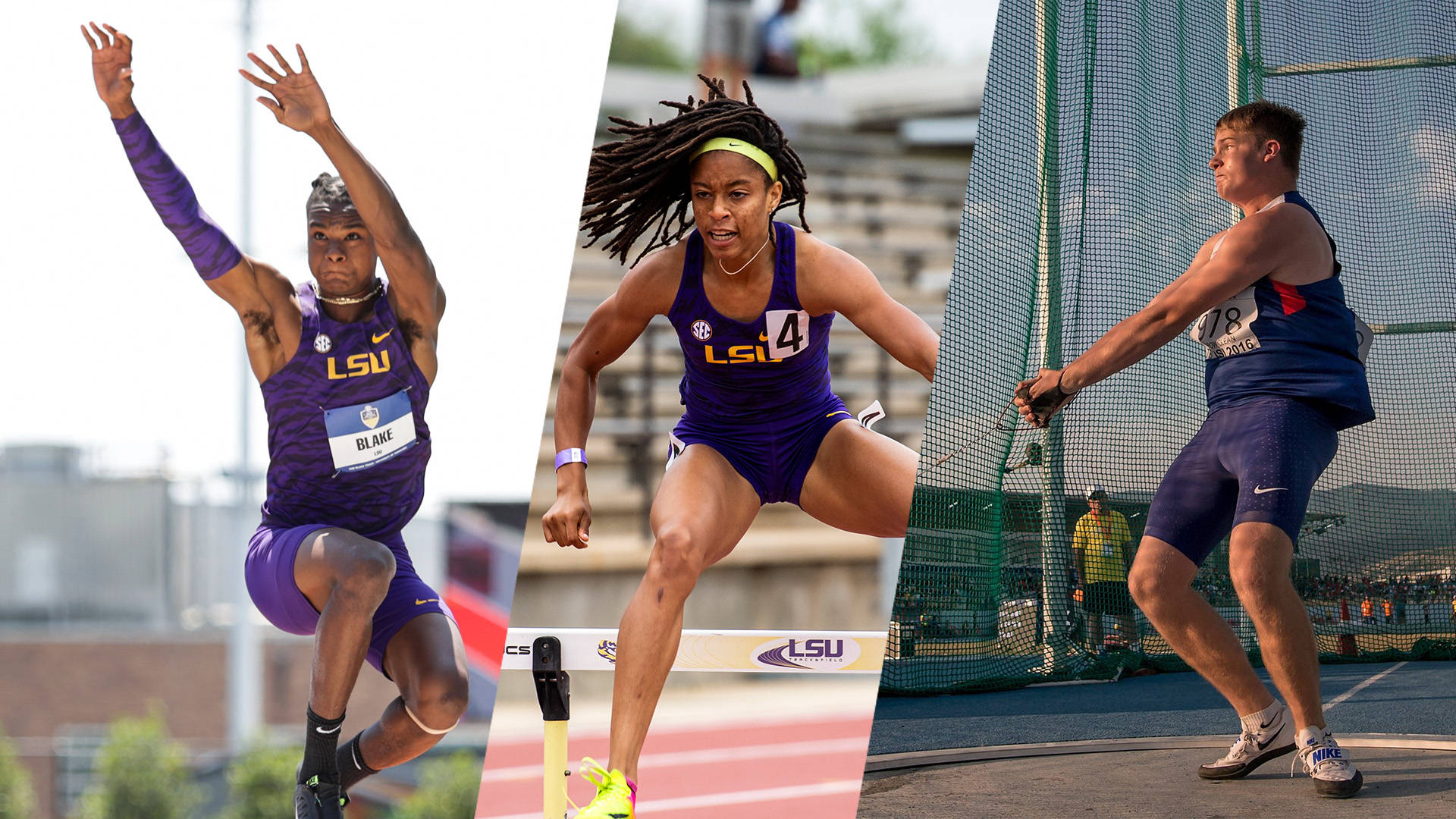 Baton Rouge, La. – Even though the collegiate season has ended for the LSU track and field program, the summer is starting to heat up with national competitions, and last weekend, LSU had three junior competitors earn their spot at the 2018 IAAF U20 World Championships that will take place July 10-15.

The U20 meet IAAF meet will take place in Finland with the finest and most accomplished junior athletes from around the world competing for their countries. In action at the USATF Junior Championships in Bloomington, Ind., at the Hayes Track at the Haugh Complex were JuVaughn Blake and Jurnee Woodward. Blake, a NCAA qualifier during the outdoor season in both the long jump and high jump, won two titles over the weekend. His first title came on Friday night in the long jump pit. The freshman from Huntsville, Ala., leaped out to a winning mark of 7.68 meters (25-2.50) on his second jump of the event to claim the title by more than eight inches. Blake returned on Sunday to the high jump and won that event with a clearance of 2.20 meters (7-2.50) making him the only competitor to clear more than seven feet.

Woodward’s weekend got started with the preliminary round on Friday where she clocked a time of 59.09 to finish second in her heat and earn an auto bid to Saturday’s final. Running out of lane seven in the finals, Woodward circled the track and cleared the 10 hurdles with a career-best time of 57.53 to win the title and edge Brooke Jaworski (57.63) by a tenth of a second. The time of 57.53 makes Woodward the eighth-fastest junior 400 meter hurdler in the world in 2018.

The NCAA bronze medalist in the hammer throw, Jake Norris was back home competing in Great Britain. After setting the U20 British record earlier this year in Baton Rouge with a toss of 79.55 meters (261 feet) in April, he bettered his U20 British record in the event with a heave of 80.45 meters (263-11) on Saturday to officially qualify for the IAAF junior championships in July. The mark of 80.45 meters with a six-pound implement is the second best throw in the world for 2018 by a junior.