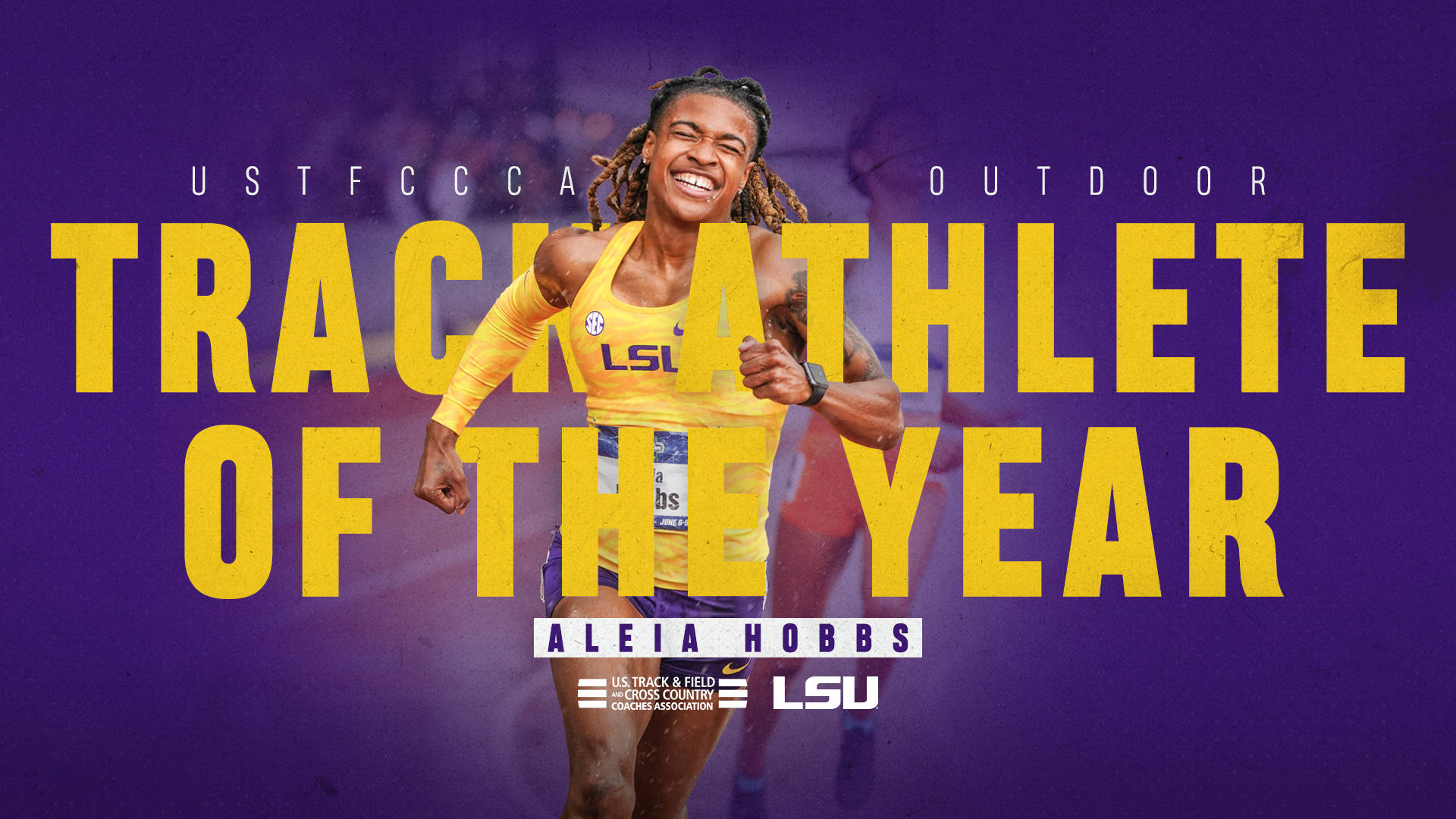 “There is no one more deserving of this award than Aleia,” LSU track and field head coach Dennis Shaver said. “She’s been such a great representative for LSU and we will miss her. When you look take a step back and look at what she has achieved this season, the times and all-time ranks are astounding. She will go down as one of the most accomplished sprinters in NCAA history.”

Hobbs becomes the second Lady Tiger to garner this award joining the likes of Kimberlyn Duncan who was honored with it in 2012.

It has been a record-setting spring for the unquestioned best sprinter in the nation. In her primary events, the 100 meter dash and 4×100 meter relay, Hobbs went an unblemished 15-0 in those events winning every single time. She won her first career individual outdoor NCAA national title last weekend at the NCAA Championships with a readout of 11.01 in the midst of a heavy rainstorm and into a headwind; it was the fastest 100 meter dash into a headwind in collegiate history. She also served as the anchor leg of the 4×1 that won its second title in three years with a readout of 42.25 at the NCAA Championships. In the semifinal round of the NCAA Championships, Hobbs anchored the 4×100 meter relay to an NCAA meet record with a time of 42.09.

Hobbs owns five of the top eight wind-legal 100 meter dashes in NCAA history, four of which she ran this year. Her fastest wind-legal time of the season came at the NCAA East Preliminaries in Tampa, Fla., when she dashed her way to a 10.90 in the preliminary rounds of the NCAA meet. She won the SEC 100 meter dash title with a meet record time of 10.92 to help lead the LSU women to a second-place SEC finish. All in all, she ran five sub-11 second wind-legal 100 meter dashes in 2018 – four of which sit in the top seven of the collegiate record book.

Serving as the anchor leg of the 4×100 meter relay the whole season, Hobbs helped the 4×1 maintain a perfect 10-0 record in their races. Not only did the relay squad go undefeated and win a national title, they clocked three of the top five times in NCAA history in 2018 with a 42.05 (collegiate record), 42.09 (NCAA meet record) and 42.25.