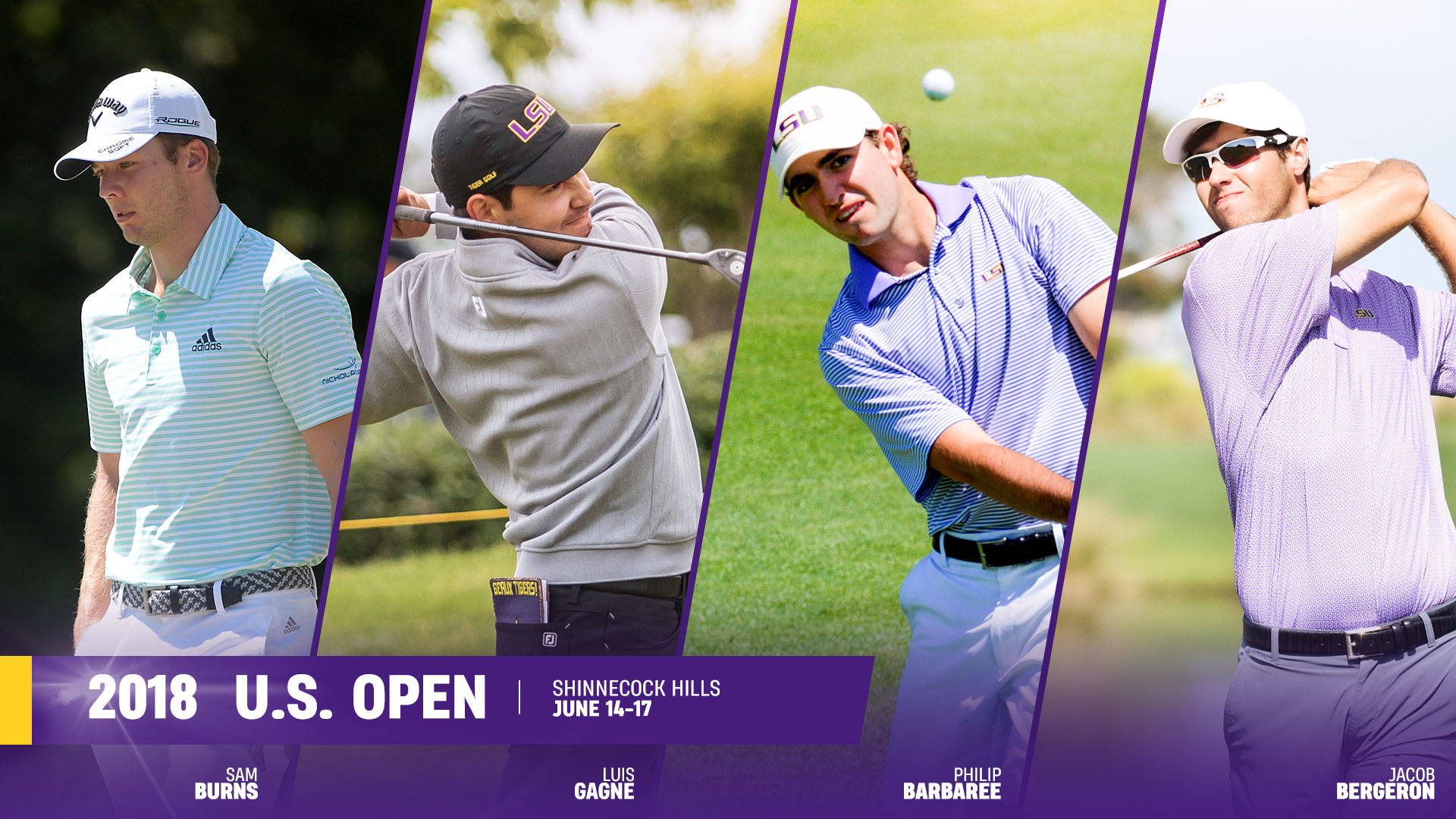 Baton Rouge, La. – The LSU men’s golf program will have a strong presence at the 2018 U.S. Open at Shinnecock Hills Country Club with a total of four players, three of which are current members of the LSU men’s golf team, participating in the toughest major of the year. The three current players representing LSU, Luis Gagne, Philip Barbaree and Jacob Bergeron, will be the most players on a current roster by any school in the NCAA, while Sam Burns will play in the field as a professional.

“I am really happy for these four guys to have this opportunity and they earned it in pretty spectacular fashion by each medaling at their respective sectional qualifiers,” newly appointed Director of Golf at LSU, Chuck Winstead, said. “We have worked hard to build a program that will attract and nurture the development of elite players. One of our goals is to prepare these young men for the professional ranks and this week will give them a unique opportunity to be exposed to golf at the highest level.”

The journey for the four started at local qualifying with 9,049 entries that entered for a chance to make the 156-man field for the U.S. Open. The trio of current players made it to sectionals, where they each medaled, competing against the best amateurs and pros in the world. Rising senior Luis Gagne fired 68-70 to win his sectional, while junior-to-be Philip Barbaree and emerging sophomore Jacob Bergeron carded 11-under-par 133 to grab their sectional.

“I felt like my play at sectionals was very solid. I never did anything that got me into much trouble,” said Bergeron.

The trio of Tigers have played on big stages before, but none bigger than the U.S Open. The three will face a new kind of pressure playing in a major tournament.

“To play a major championship is such an incredible accomplishment,” said Barbaree. “I arrived (Hamptons) on Wednesday, so I’ve been trying to make the week as long as possible.

“The golf course is awesome and it’s going to be a lot of fun when the people start to come in. Getting to play alongside of some people I’ve been watching on TV for years is crazy.”

Although the three will be on one of the biggest stages in golf, they will have some familiar faces to calm the nerves.

“The best part about the week is having guys here that I play with every day,” said Barbaree. “That is what makes the week a little more comfortable for all of us. Even though it’s a big stage, we are still just playing golf with our teammates.”

The three golfers made huge contributions to LSU’s successful 2017-18 season. The Tigers captured four team wins on the season and made it to regional play. Gagne and Bergeron captured medalist awards at the 2017 David Toms Intercollegiate.

The 2017 Nicklaus National Player of the Year, Sam Burns has had a nice transition into his pro career. Burns carded rounds of 62-66 to garner medalist honors at his sectional. Burns nabbed his first career professional win at the Savannah Golf Championship on the WEB.com tour in April. Burns also has a Top 10 finish at the Honda Classic on the PGA Tour in February.