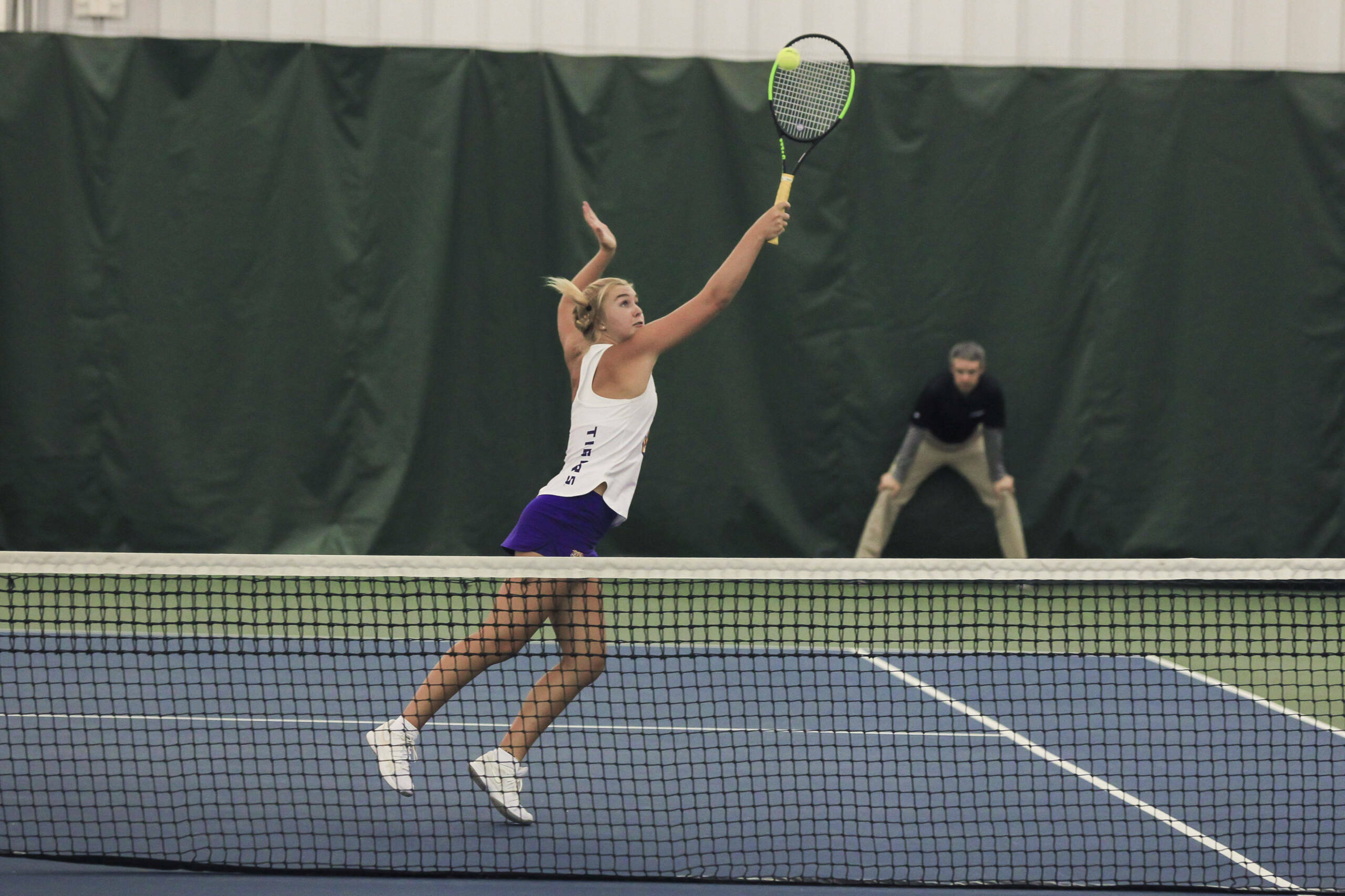 BATON ROUGE — Freshman Eden Richardson was named both Louisiana Player of the Year and Louisiana Freshman of the Year as the LSU women’s tennis team earned a total of five All-Louisiana honors from the Louisiana Sports Writers Association.

Richardson compiled an incredible 18-1 dual regular-season singles record going into the NCAA Championships, including a 16-match winning streak, while playing across the top three spots in the lineup en route to achieving a national ranking of No. 53 in the country.

The freshman from Bath, England also went 13-6 in dual doubles matches with three top-15 victories at the time of the All-Louisiana selections as part of the No. 29-ranked pairing in the nation. Richardson’s All-Louisiana honors add to her list of accolades that include First Team All-SEC, SEC All-Freshman Team and ITA Rookie of the Year for the Southern region.

This is Golovin’s second selection to the All-Louisiana First Team, her first since her freshman season when she was also named Louisiana Freshman of the Year.

Foster has been selected to the All-Louisiana Second Team in each of the past three seasons and was also named Louisiana Newcomer of the Year following her debut sophomore season with the Tigers in 2016.