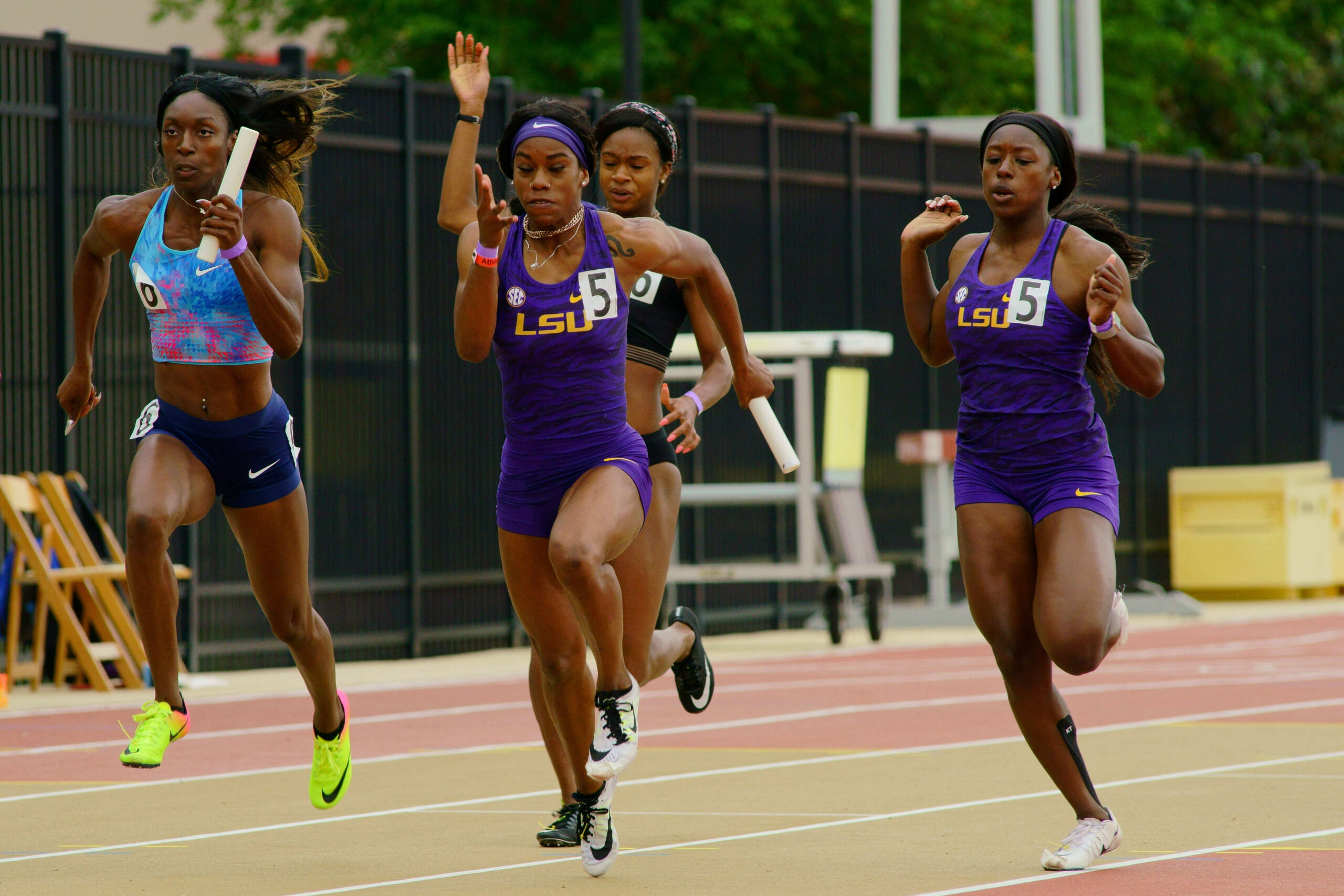 Competition Schedule – All Times Listed Below are CST

Baton Rouge, La. – The No. 7 LSU women’s and No. 8 LSU men’s track and field teams are set to take on the 2018 NCAA Championships in Eugene, Ore., this Wednesday through Saturday at the historic Hayward Field. The men will compete on Wednesday and Friday, while the women’s competition will take place on Thursday and Saturday.

LSU has a total of 15 individuals competing in a combined 17 events plus two relay squads on both sides. This will be the fourth-straight year in which the NCAA Championships have operated with the split format for the men and women. The first Tiger in action this week will be Jake Norris in the hammer throw at 4 p.m. CT on Wednesday.

The 2018 NCAA Division I Outdoor Track and Field Championships will be broadcasted exclusively on the ESPN networks. The men’s meet will air on ESPN2 (Wednesday/6:30 p.m. CT) and ESPN (Friday/7:30 p.m. CT) while the women’s meet will follow the same schedule – ESPN2 (Thursday/6 p.m. CT) and ESPN (Saturday/5:30 p.m. CT). In addition to the coverage on national television, all field events will be streamed in their entirety on WatchESPN; the full list of streams can be found at ncaa.com. Live results and heat sheets of the four-day meet will be available at ncaa.com.

LSU at the NCAA Outdoor Championships

Both the women’s and men’s teams finished in a tie for seventh place at the 2017 NCAA outdoor championships; the women tallied a total of 32 points and the men scored 20. The Lady Tigers own an astounding 14 team outdoor national titles while the men have racked up four natty titles. Combining individual champions and relay titles, LSU’s women have claimed a total of 59 national event titles, which leads the NCAA. The men have combined for a total of 51 event titles to rank fifth in NCAA history.

The women’s 4×100 meter relay squad of Mikiah Brisco, Kortnei Johnson, Rachel Misher and Aleia Hobbs are now collegiate record holders in an event that LSU has dominated throughout the history of NCAA track and field. Owning a season-best readout of 42.49, the quartet entered the SEC Championships as the heavy favorite and they backed it up. The foursome came together to circle the Tom Black Track (Knoxville, Tenn.) in a collegiate record-setting time of 42.05 to claim the gold medal – LSU’s third-straight SEC title in the event. The time of 42.05 is a 2018 world lead and LSU owns six of the eight fastest collegiate times this season.

Senior sprinter Aleia Hobbs has been a mainstay on The Bowerman Watch List ever since she won her first career individual national title in the 60 meter dash at the 2018 NCAA Indoor Championships. She made her fourth-consecutive appearance on the star-studded list that was released on May 16. Hobbs had a dominant SEC meet winning the 100 meter dash with a meet and facility record of 10.92. In the prelims of the SEC meet, Hobbs ran a 100 meter dash time of 10.93; with those two performances, the New Orleans native now owns three of the five fastest wind-legal 100 meter dash times in NCAA history. A short time ago at the NCAA East Preliminaries, Hobbs clocked times of 10.98 and 10.90 to easily secure herself a spot in the 100 meter dash at the NCAA Championships. Those two sub-11 second times are the fastest in NCAA East Preliminary history. Hobbs has now run four wind-legal sub-11 second races in 2018, something that no other woman in the world has accomplished this season. Her wind-legal 10.90 is ranked No. 2 in the world for 2018.

The history of LSU’s 4×100 meter relay is second to none. The Tigers remain the only school in NCAA history to win both the women’s and men’s 4×1 titles at the same NCAA meet, and they’ve done it five times. From 1992 to 1994, 2003 and 2016, those are the five years in which the Purple and Gold have made it a sweep in the 4×100 meter relay. In 2018, the Tigers are primed to sweep the top podium spot again. The women’s team is ranked No. 1 by a long shot with a collegiate record of 42.05, and the men’s squad – Kary Vincent Jr., Renard Howell, Correion Mosby and Jaron Flournoy – come into the meet with the second fastest time in the nation, a 38.76 that they clocked at the SEC Championships to take down the top-ranked Arkansas’ relay squad.

LSU has had a woman win the 100 meter dash national title seven times in program history which leads the NCAA record book. Oregon and USC are both tied for second with four. The sprinting duo of Mikiah Brisco and Aleia Hobbs have a great chance to add another LSU title to the record book this week. Hobbs will enter the meet as the favorite (10.86w), but Brisco is also the reigning NCAA champion in the event with a season best of 10.99w. If either Hobbs or Brisco takes home the gold medal, it will mark the fourth time in program history that LSU has claimed back-to-back 100 meter dash titles.

In all of the individual track races on Wednesday and Thursday, there will be three heats in each event and the top two from each heat will advance to the finals plus the next two fastest times. The same advancement qualifications will apply for relays as well.

*dependent on qualifying heats from Wednesday and Thursday