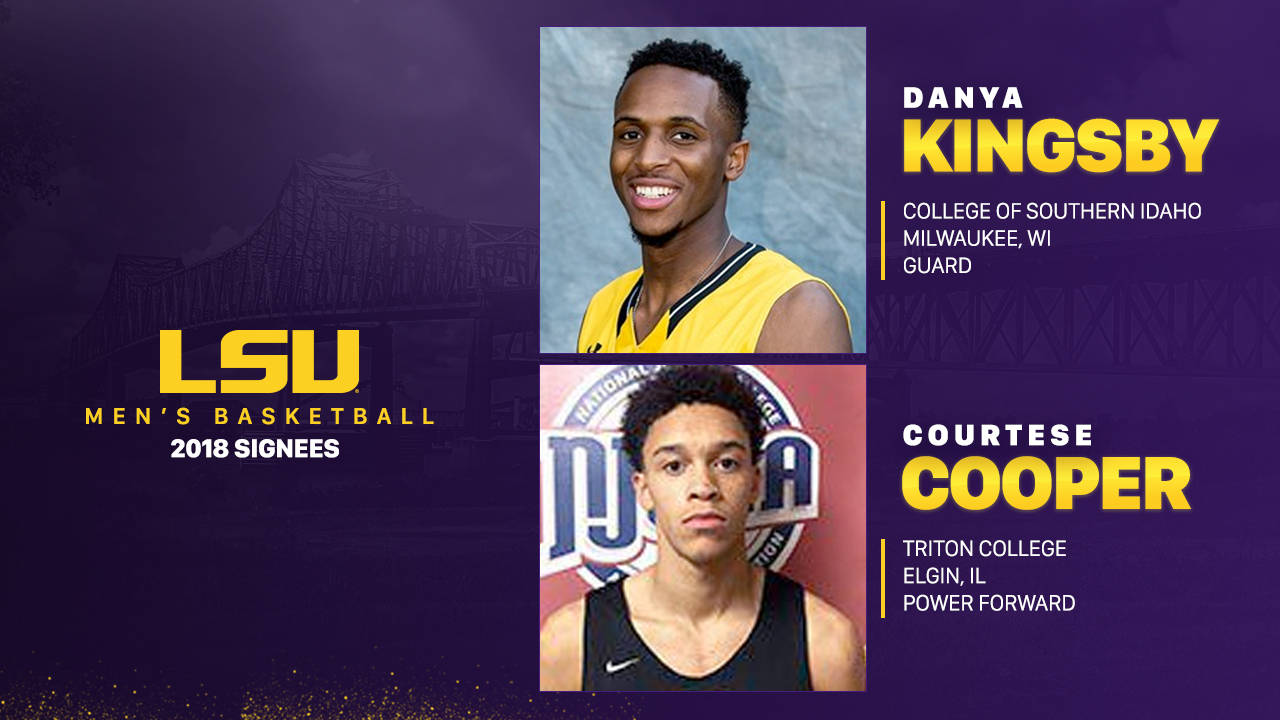 Kingsby, who helped the College of Southern Idaho to the championship game of the National Junior College Tournament (Division I), will have two years of eligibility for the Tigers beginning with the 2018-19 season.

Cooper, part of the Division II junior college national championship team at Triton College (Illinois), has completed his freshman season at Triton and will have three years of eligibility remaining.

Kingsby averaged 13.3 points and 3.7 assists per game for Southern Idaho, while shooting 38.2 percent from three-point range. He was ranked No. 26 nationally among junior college prospects by the JuCoRecruiting.com website.

“We are happy to have Danya Kingsby and Courtese Cooper join our LSU Basketball program for the 2018-19 season” said Coach Wade.

“Danya Kingsby is an athletic guard who has shown the ability to lead his team with the basketball in his hands, shoot from distance and distribute the basketball. We are very excited about his championship pedigree.

“Courtese Cooper is someone with a lot of upside. He’s a very efficient player both inside and out. We are also very excited about his rim protection and shot blocking,” said Coach Wade.

Kingsby, who hails from Milwaukee, originally committed and signed with Pittsburgh in the early signing period in November 2017, but reopened his recruiting once there was a coaching change at Pittsburgh.

Cooper hails from Elgin, Illinois where he prepped at Elgin HS.

LSU is presently ranked third in the 247sports.com composite team recruiting rankings (behind only Duke and Kentucky) prior to these additions to the class.