Hobbs Named May Athlete of the Month 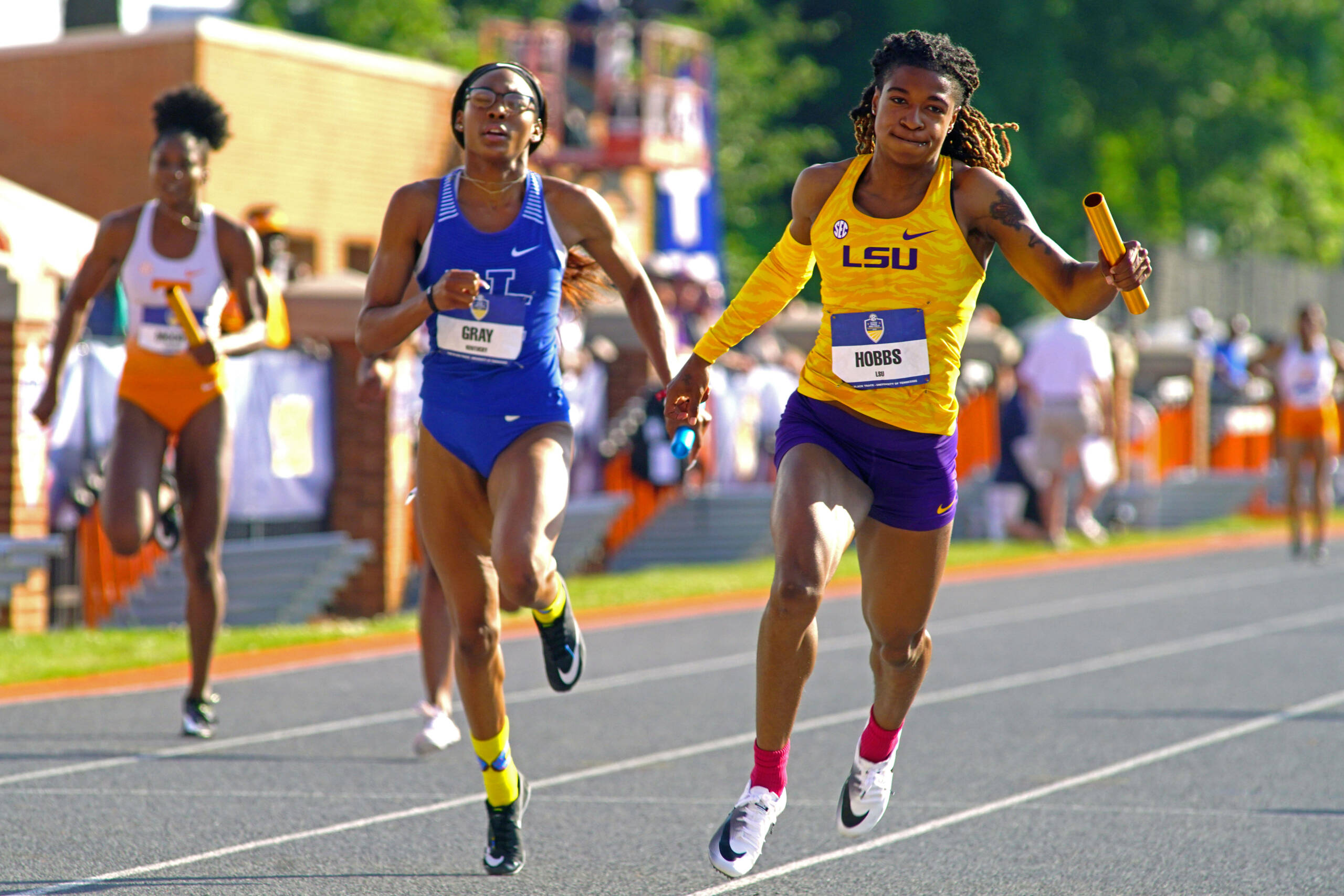 Baton Rouge, La. – The Greater New Orleans Sports Award Selection Committee announced on Wednesday that Aleia Hobbs is the Greater New Orleans Amateur Athlete of the Month for May. This is the third time Hobbs has earned the monthly honor – she was also recognized in April of last year and in July of 2014.

The month of May has been nothing short of stellar for the New Orleans native. Over the last month, which has included the SEC Championships and NCAA East Preliminaries, Hobbs has clocked four sub-11 100 meter dashes as well as anchoring the women’s 4×100 meter relay to a collegiate record.

The SEC Championships were hosted in Knoxville, Tenn., in mid-May. In the preliminary round of the 100 meter dash, she set the SEC meet record with a time of 10.93 and then a day later, she broke her own meet record with a time of 10.92 to win her second straight SEC 100 meter dash title. On the final day of the meet, Hobbs teamed up with Mikiah Brisco, Kortnei Johnson and Rachel Misher to set the collegiate record in the event with a 42.05 to win LSU’s third-straight 4×100 meter dash title.

Just this past weekend, Hobbs clocked the two-fastest times in NCAA East Preliminary history to advance to the NCAA Championships in the event. She also ran as a member of the 4×100 meter relay team that qualified for a trip to Eugene, Ore., with a smooth time of 42.42.

Hobbs and the rest of the LSU track and field team will compete at the 2018 NCAA Championships next Wednesday through Saturday (June 6-9) at Hayward Field.