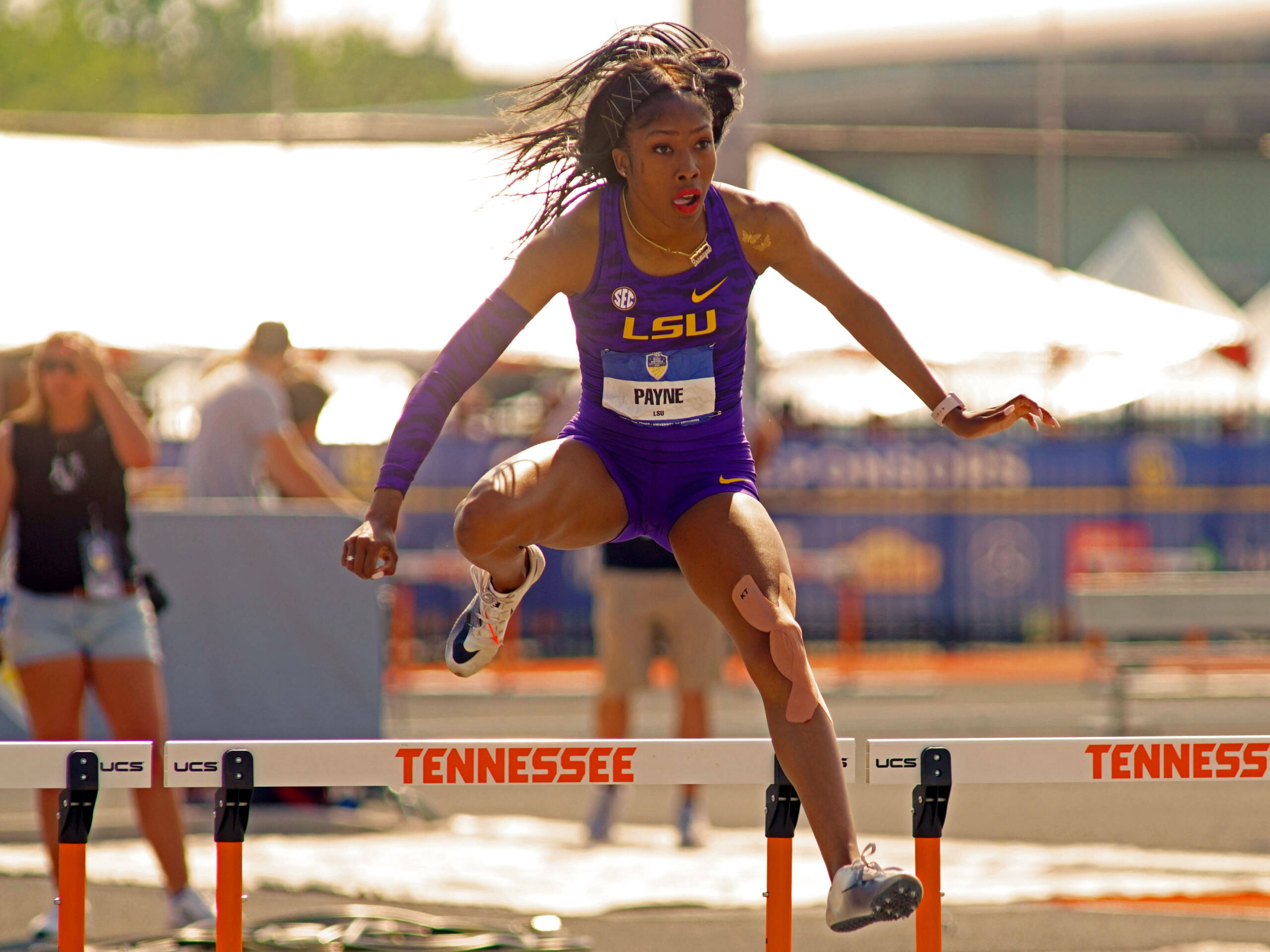 Baton Rouge, La. – Fourteen members of the LSU track and field program were named to All-SEC teams on Tuesday the conference offices announced. In addition to those honorees, two more Tigers earned a spot on the Freshman All-SEC team.

Leading the way as first team All-SEC members were the women’s and men’s 4×100 meter relay teams who earned first-place finishes at the SEC meet. The women’s foursome of Mikiah Brisco, Kortnei Johnson, Rachel Misher and Aleia Hobbs set the collegiate record with a time of 42.05 to claim their gold medal, and the men’s 4×100 meter squad of Kary Vincent Jr., Renard Howell, Correion Mosby and Jaron Flournoy zoomed around the track with a season-best time of 38.755 to take down the nation’s top-ranked 4×100 meter relay team (Arkansas) by five thousandths of a second.

Thomas, O’Donoghue, Jake Norris (hammer throw) and JuVaughn Blake (high jump) were all named to the Freshman All-SEC squad for being the top freshman finisher in their events. Brisco and Dajour Braxton were also named to the SEC Community Service Team for the amount of time they dedicated to volunteering in the Baton Rouge community. Braxton helped out local elementary schools with numerous events – Easter Egg Hunt, Reading to Kids, and Field Day. He also attended BooZar, an annual tradition at LSU where student-athletes hand out candy to kids. Brisco was named to the community service team after helping out local Baton Rouge elementary schools with programs such as Helping Teachers, Reading to Kids, and Mentoring Kids.