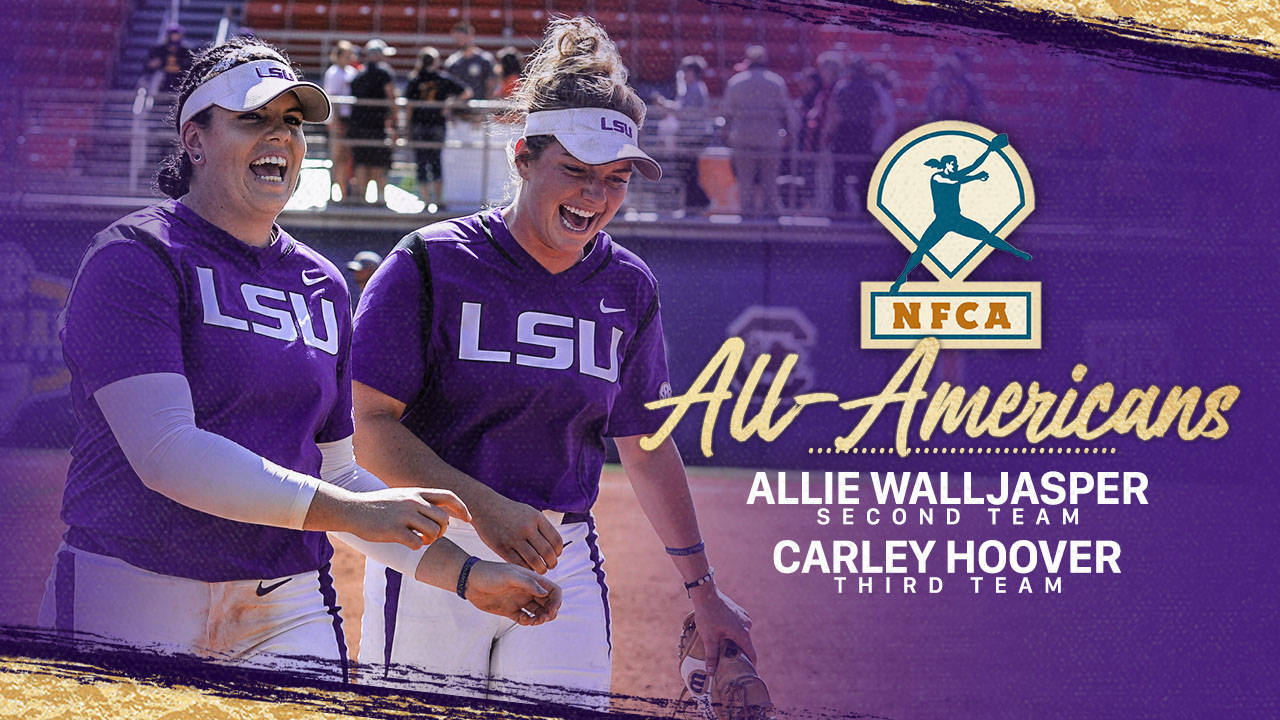 Walljasper, a second-team at-larger pitcher, finished the season in the circle with a 19-7 record and a 1.17 earned run average, which ranks 15th among the nation. She struck out 143 batters in 191 innings of work. Walljasper allowed 32 unearned runs and posted seven shutouts, two combined shutouts and one save.

She led the Tigers to four-straight Super Regional appearances and finished with nine wins over Top 75 RPI opponents. She did not allow an earned run in eight of her 17 appearances against Top 75 RPI teams and threw three shutouts against the Top 75 with 75 strikeouts in 108.1 innings of work. She finished the regular season with a 1.00 ERA which ranked among the top 10 in the country.

The 2018 season ended for the Tigers in the Tallahassee Super Regional last weekend. LSU finished the year with a 45-17 overall record and a 35-4 record in Tiger Park, the second-most home wins in program history.